Few subjects provoke such marked reactions from society as the imagery and politics surrounding women's bodies. From Instagram’s controversial policy to censure visual content containing or alluding to a woman’s breasts to government policies that restrict women's reproductive rights, censorship on women’s bodies remains rampant. The art world, though often disguised in a cloak of liberal progressive discourse, doesn’t escape this most unfair feature. We are far from equality, but contemporary female artists are surely making their voices and opinions heard on the topic! 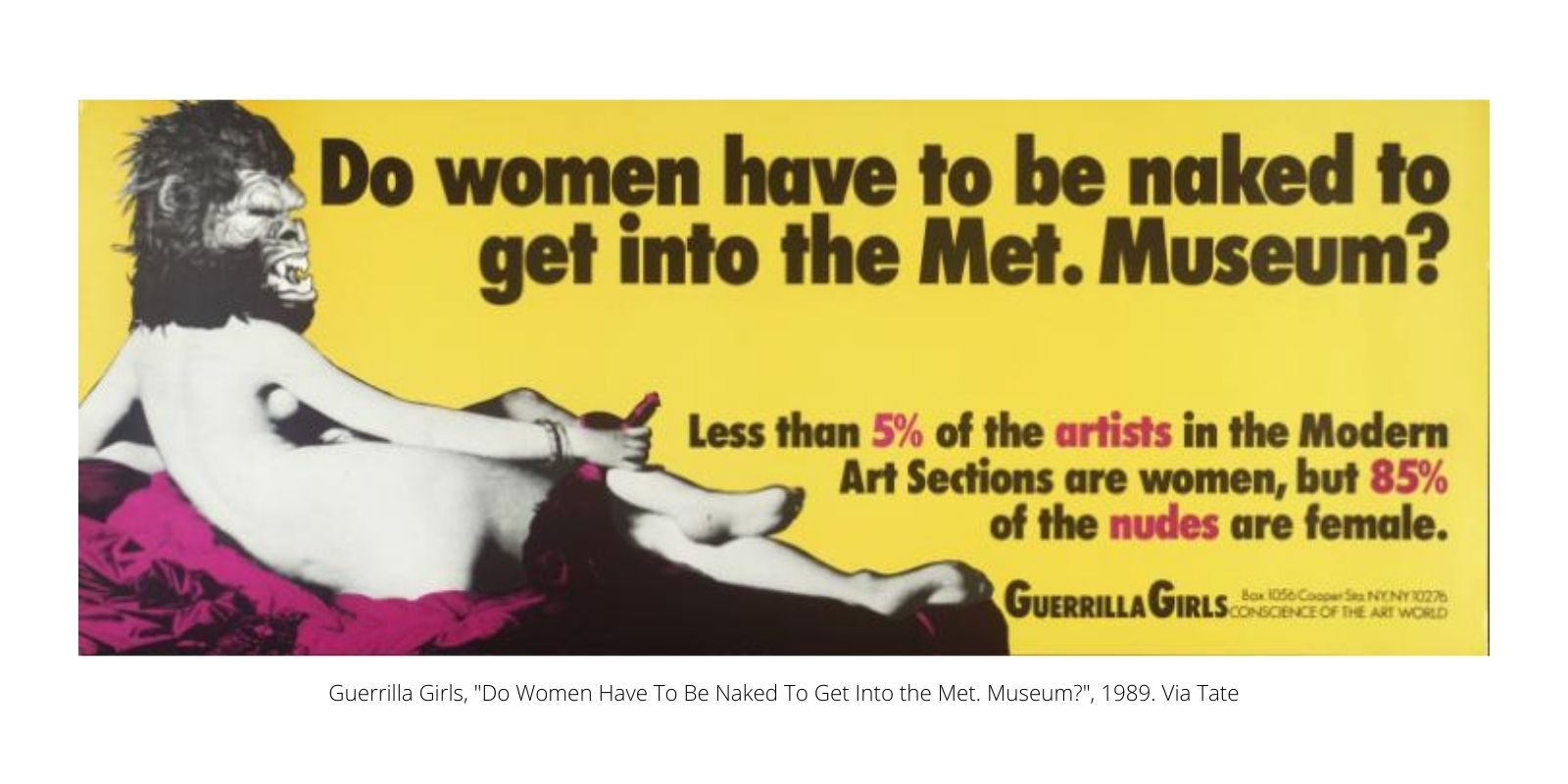 Historically speaking, the female body has been consistently represented through the eyes of the “male gaze”. This concept, introduced by filmmaker Laura Mulvey in 1975, refers to the lense through which females are portrayed as objects of (heterosexual) male desire.

The problem with the male gaze is that it strips women of representation, or the ability to tell their own stories and present their own bodies in whichever way they see fit – thus rendering women prisoners of men’s expectations. The depiction of women by men also reinforces the “otherness” associated with females; the woman becomes “the other” that is defined only against man (much like blackness is defined against whiteness, in racial theory). The Guerrilla Girls have been pioneers in exposing these issues within the art world. Their most famous work, “Do Women Have To Be Naked To Get Into the Met. Museum?” (1989), challenged museums to rethink their collections and the artists they were representing. Pretty impressive, right? 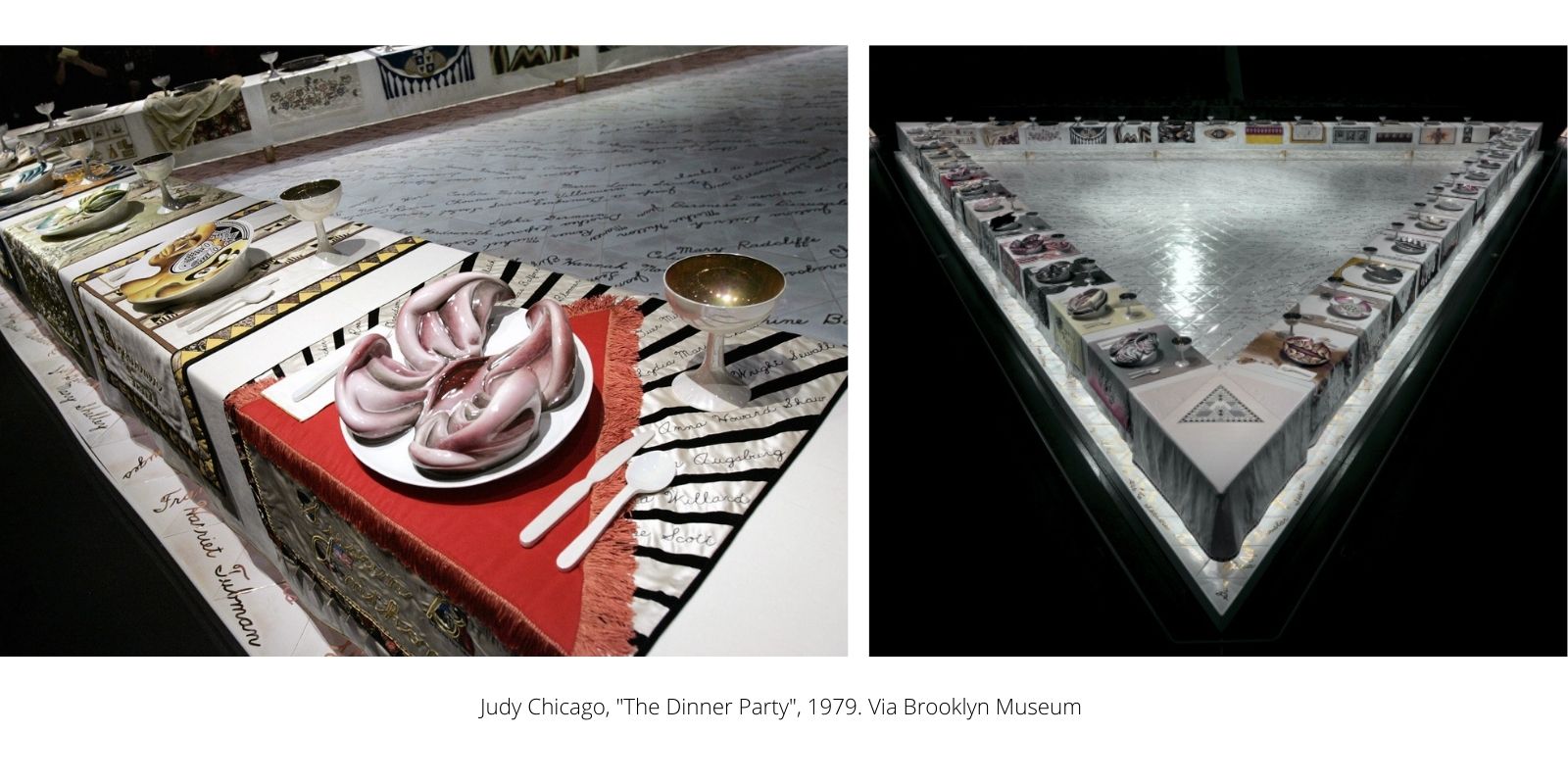 The female body according to… females?!

Before the Guerrilla Girls emerged, there were already some artists attempting to raise awareness around the use of the female body in art. Judy Chicago is one of those artists, most notably recognised for her very controversial feminist masterpiece “The Dinner Party” (1974). This massive art installation consists of a triangular table with 39 seats, each dedicated to an important woman from history. Each seat had a porcelain plate with beautiful motifs inspired by vulvar forms. This vaginal iconography led Chicago’s piece to be dismissed by some as pornographic, vulgar, and reductionist (that is, showing women only for their sexual role).

To many, it felt contradictory that women who were so keen on advancing a feminist agenda and being seen for more than their body, were now making art that centered so heavily around it. However, what the first generation of feminist artists was actually doing was owning their right to rewrite the way in which their bodies had been represented for centuries. What was once oppressing was now liberating – if only shown through the perspective of one’s own. 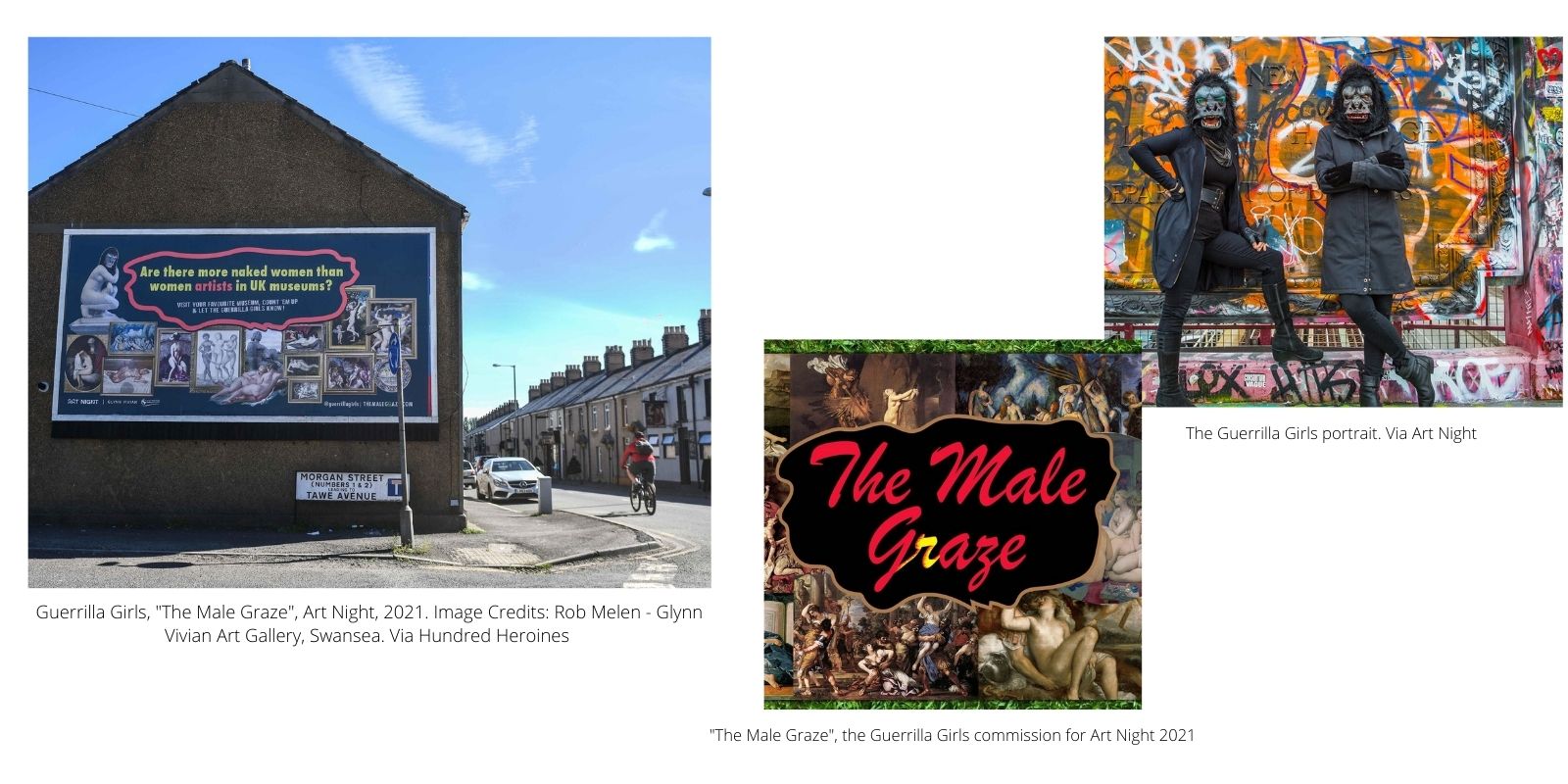 It is quite shocking to be faced with the bare facts of our art history and understanding how the female was seen back then. Yet, we cannot delete history, but we surely can learn from it! The best we can do is make sure institutions are being transparent and, ultimately, giving an honest consideration to  these incredible female artists that are challenging our views on what it means to be a woman. Speaking of examples, have you seen the Guerrilla Girls new artwork, “The Male Graze”? You can read more about what we learned from their latest work here and here, you will find more information about their commission for Art Night 2021. Share your pictures and insights with the Artscapy community by adding an art update on our “Explore” feed.

This is a huge topic, right? So, why not share with us your favorite artistic representation of a female body (figurative or abstract), and tell us why you love it! Do you find it controversial? If so, in which sense?

Let us go first - we love Paula Rego’s perspective on the female body! The artist currently has a major exhibition at Tate Britain. Her expressive and detailed brushstrokes make the female figure look defiant. We also love how Rego creates a powerful narrative around the female body without seeking to sexualize it. 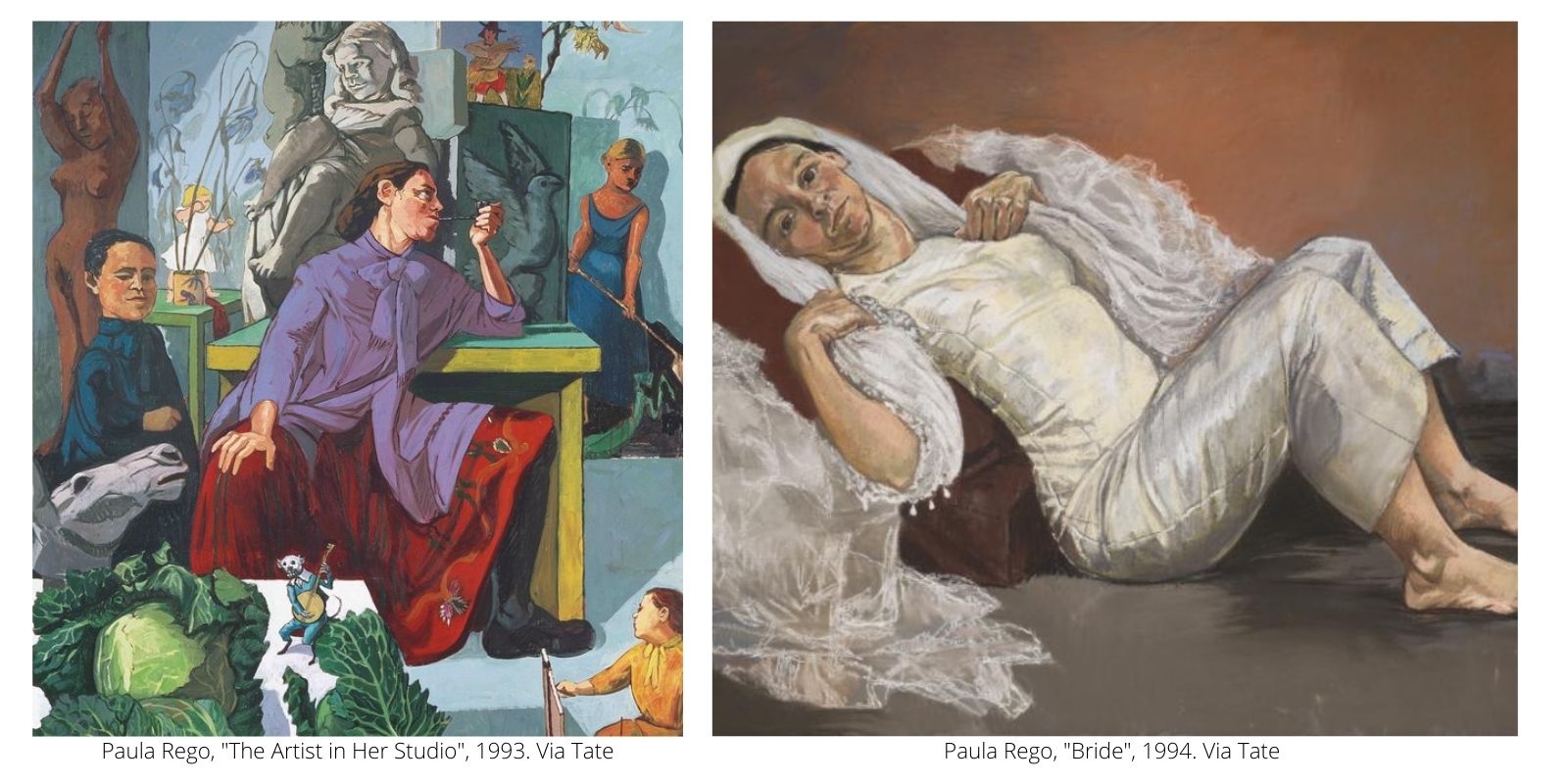 The Male body through the Female lenses