Happenings. Have you heard about it? Happenings was an art movement initiated after the Dadaism and Futurism. However, the coined-term was only mentioned and fully explored after Allan Kaprow during the ’50s. Happenings describe an art-event, such as a performance, that breaks away the traditional forms of seeing art. Allan Kaprow was questioning what art was. So he started being experimental with his practice to test how the viewer would interact with his proposals as relevant art forms. The artist opened up this new vanguard of art that could be experienced, touched, smelled, played with, which was a massive step towards what we call now Installation Art.

“Not only does art become life, but life refuses to be itself.” 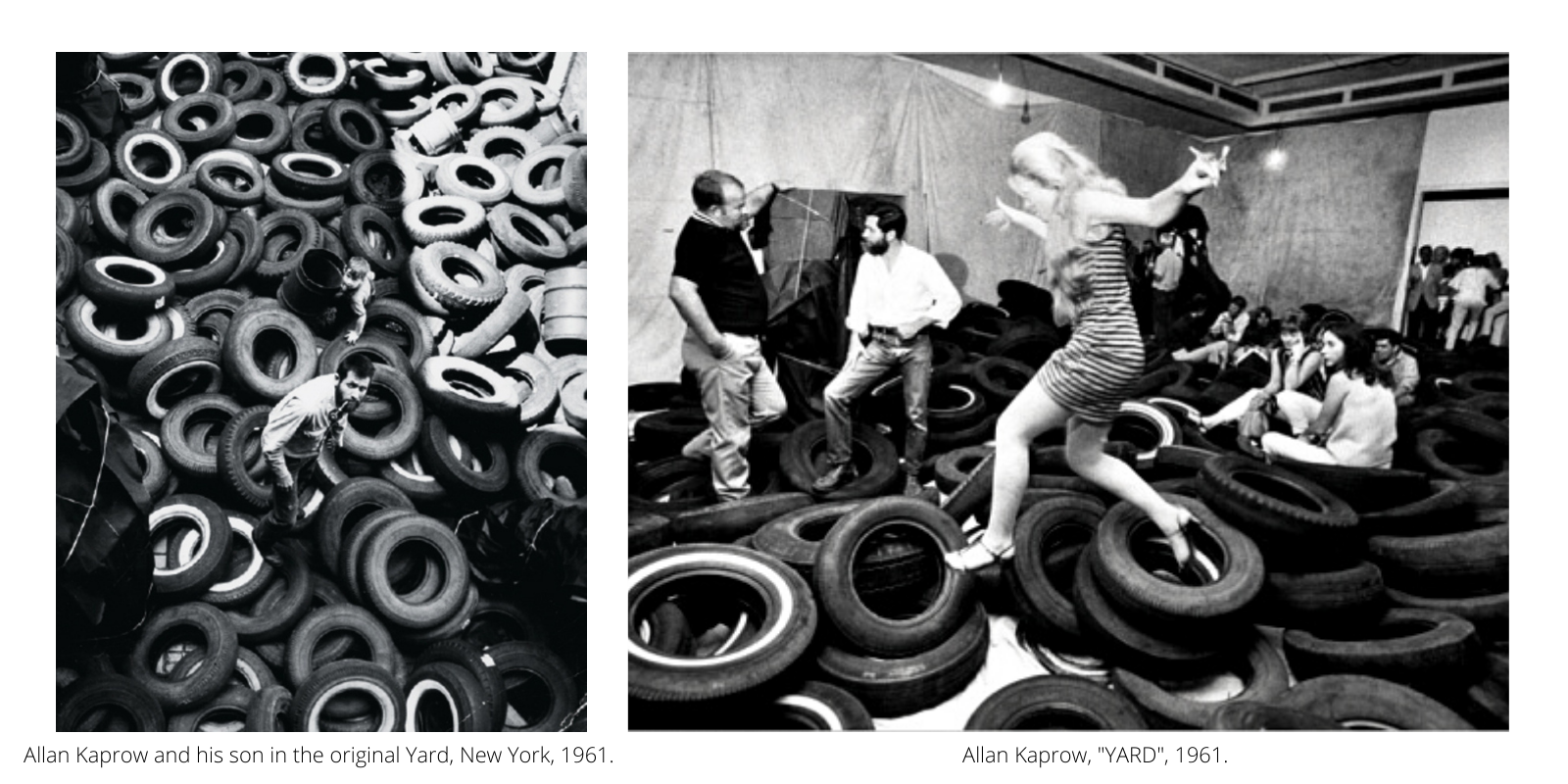 Allan Kaprow’s most influential work of his career was “YARD”, exhibited at Martha Jackson Gallery in 1961 as part of ‘Environments — Situations –Spaces’ along with other artists such as Claes Oldenburg. “YARD” was a great reflection of Kaprow’s approaches to art itself- he defended that art should be part of life, not beside it. And “YARD” was the perfect beginning to demonstrate his beliefs. By filling a delineated space with something so mundane as hundreds of car tires, he created this space where these tires had the freedom to become whatever the viewer wanted it to be. This sea of tires was a space where art was the ephemerality of the moment, the memory and the experiences created within. There were no rules, just the freedom to become one with the presented objects. 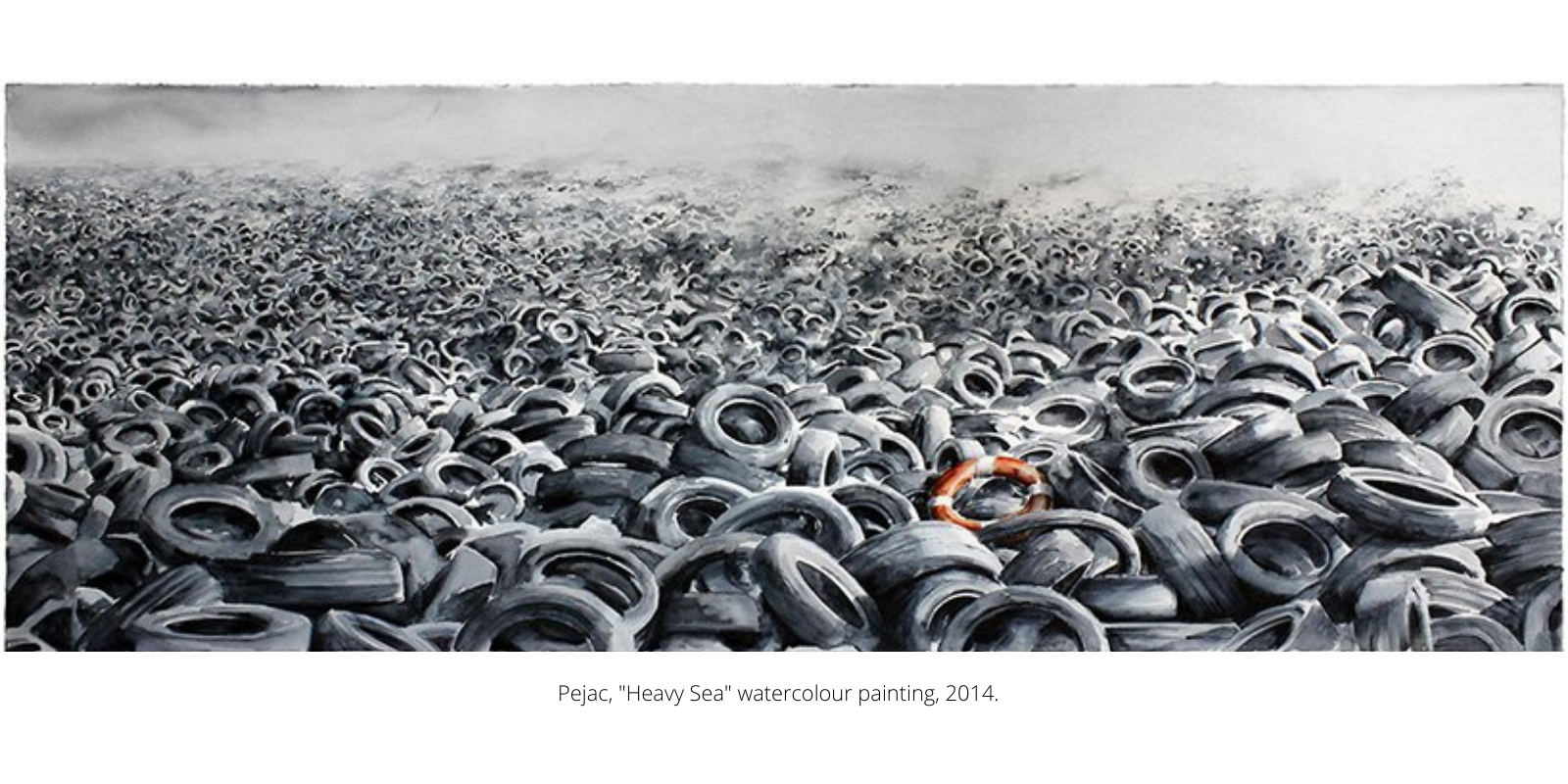 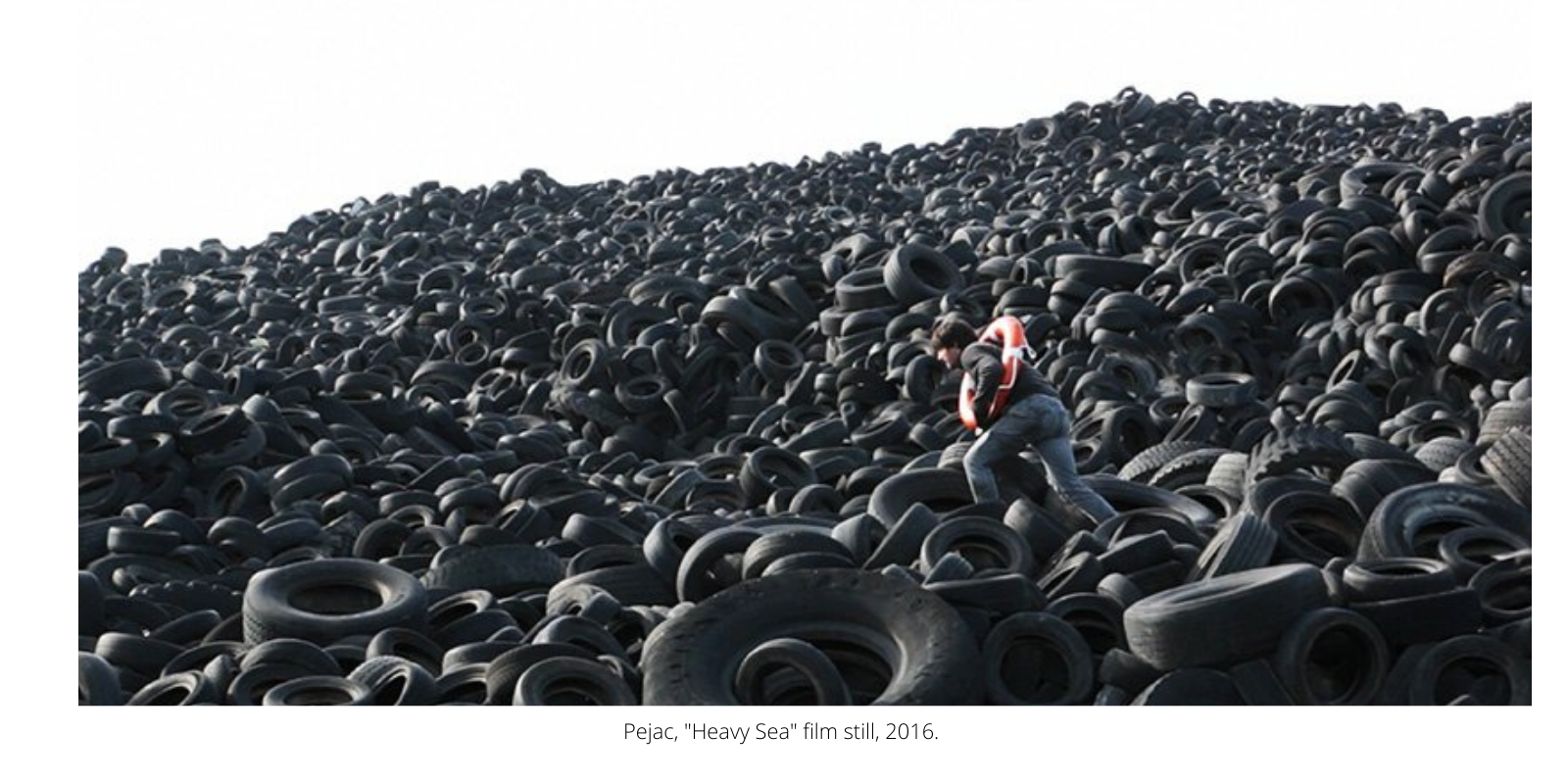 Interestingly, we found a visible (but never mentioned before) influence from Allan Kaprow’s artwork into Pejac, “Heavy Sea”  (2014-2016). Over 40 years set these two artworks apart, and still, so much to take in. The Spanish street artist took this idea of “un-art” to a whole new level, making it current, but maintaining the same poetics. Although the watercolour painting was made public first (2014), we only saw the connection through the video “Heavy Sea” from 2016.

In the video “Heavy Sea”, we can see this solitary man assuming the role of rescuer, climbing through the endless waves of dirty, old tires carrying this bright orange lifebuoy. The overcharged environment and dramatic climbing scene produce a sense of guilt in the viewer, a sense of failure. Pejac often creates melancholic narratives concerned with climate change, and “Heavy Sea” is no different. This artwork is an insightful reflection of how we fail to live in harmony with what was given to us. And instead, we are over-consuming, over-producing, over-wasting.

“Being surrounded by hundreds of thousands (or millions?) tires was quite overwhelming and disturbing at the same time. More than a dump it felt like being in an endless graveyard” 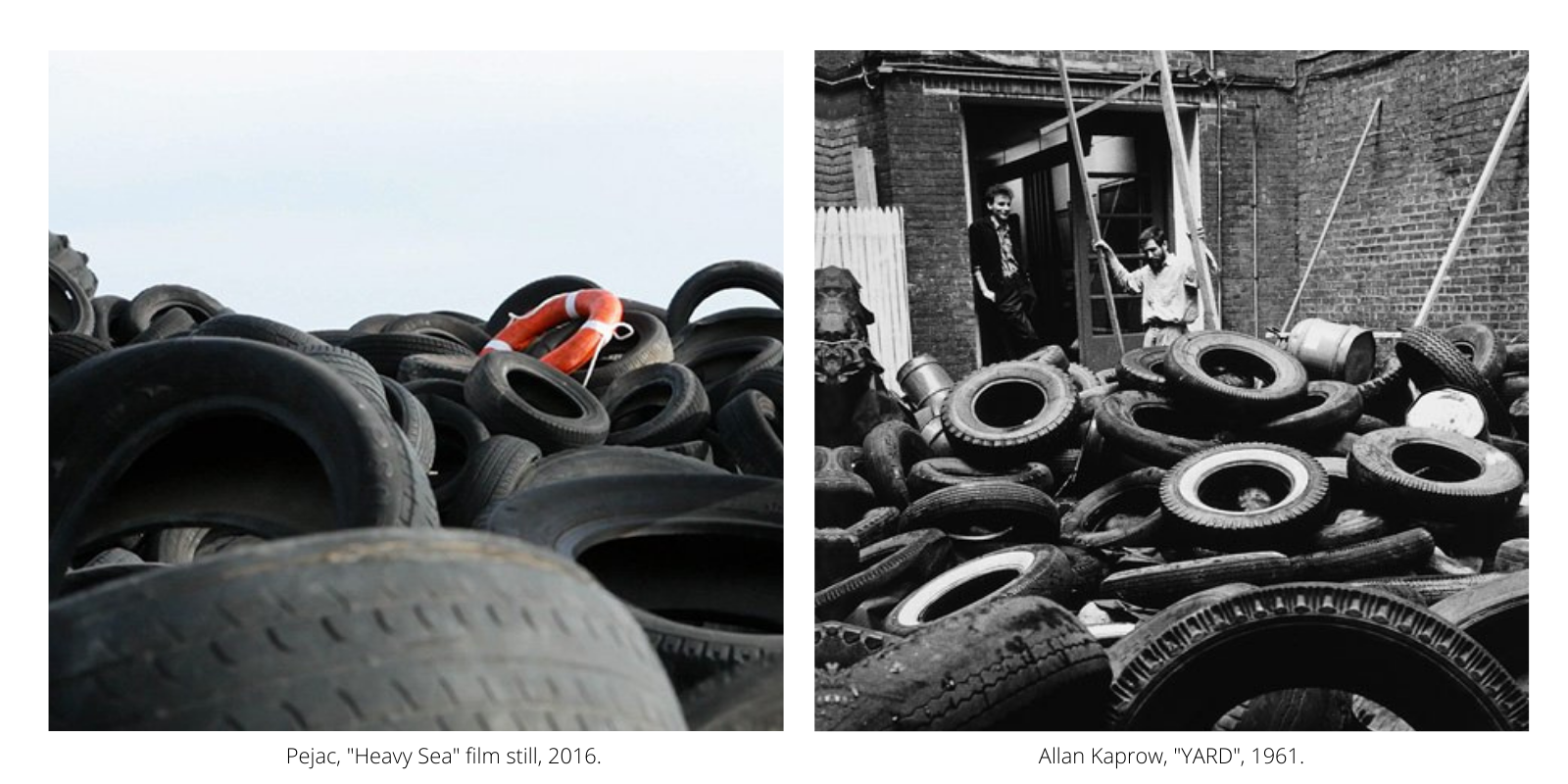 “Heavy Sea” assumes the same scenery presented by Kaprow, but there is a clear shift in meaning and purpose. Allan Kaprow was aiming to merge art and life as a celebration. Pejac is merging art with an awareness of the destruction of life itself.

How do you feel about the transition in the meaning of art?

If you love Pejac as much as we do, we have just the right recommendation for you! Pejac's new solo exhibition, "Apnea" is opening next week on the 30th of October at Modersohnstraße 35-45, Berlin. See you there!