As the year kicks off, we look forward to all the new things that will inspire us, move us, impact us over the next turn around the sun. In my experience, this is accomplished through the interaction with culture, be it through visiting an exhibition, going to an artist’s studio, or adding a new work to my art collection. To spark inspiration in the latter option, within this article are my five top picks on Artscapy - the platform designed with collectors in mind - ranging from photography to print to sculpture, that I would add to my portfolio to start 2022 off right.

Before I delve into my top picks, I want to briefly preface my choices with further information on Artscapy as a platform and why I use it. The challenge many face when dipping a toe into art collecting is the difficulty of where to start. Artscapy was founded by avid art collectors Emilia and Alessandro De Stasio and is designed for collectors, showcasing emerging and mid-career artists who show a large potential in both their artistic practice as well as their investment potential. The opacity of the arts and cultural industry can often be of detriment to both buyers and sellers, however, developing awareness of the contributing factors by using platforms such as Artscapy make it more transparent, straightforward, and trustworthy.

In line with this, the team at Artscapy conducts an extensive vetting process when doing their due diligence on each and every work of art that goes through their marketplace. They also provide an interface with clear overviews and breakdowns of your collection in their digital database, which you can choose to share with others or use for your own private documentation. Artscapy is dedicated to providing a space where collectors come together and build relationships, either with artists, art organizations, or with other collectors such as myself or possibly such as yourself, dear reader.

Without further ado, here are my five top picks on the Artscapy marketplace, for under £3,000, that are amazing to add to any collector’s portfolios this year: 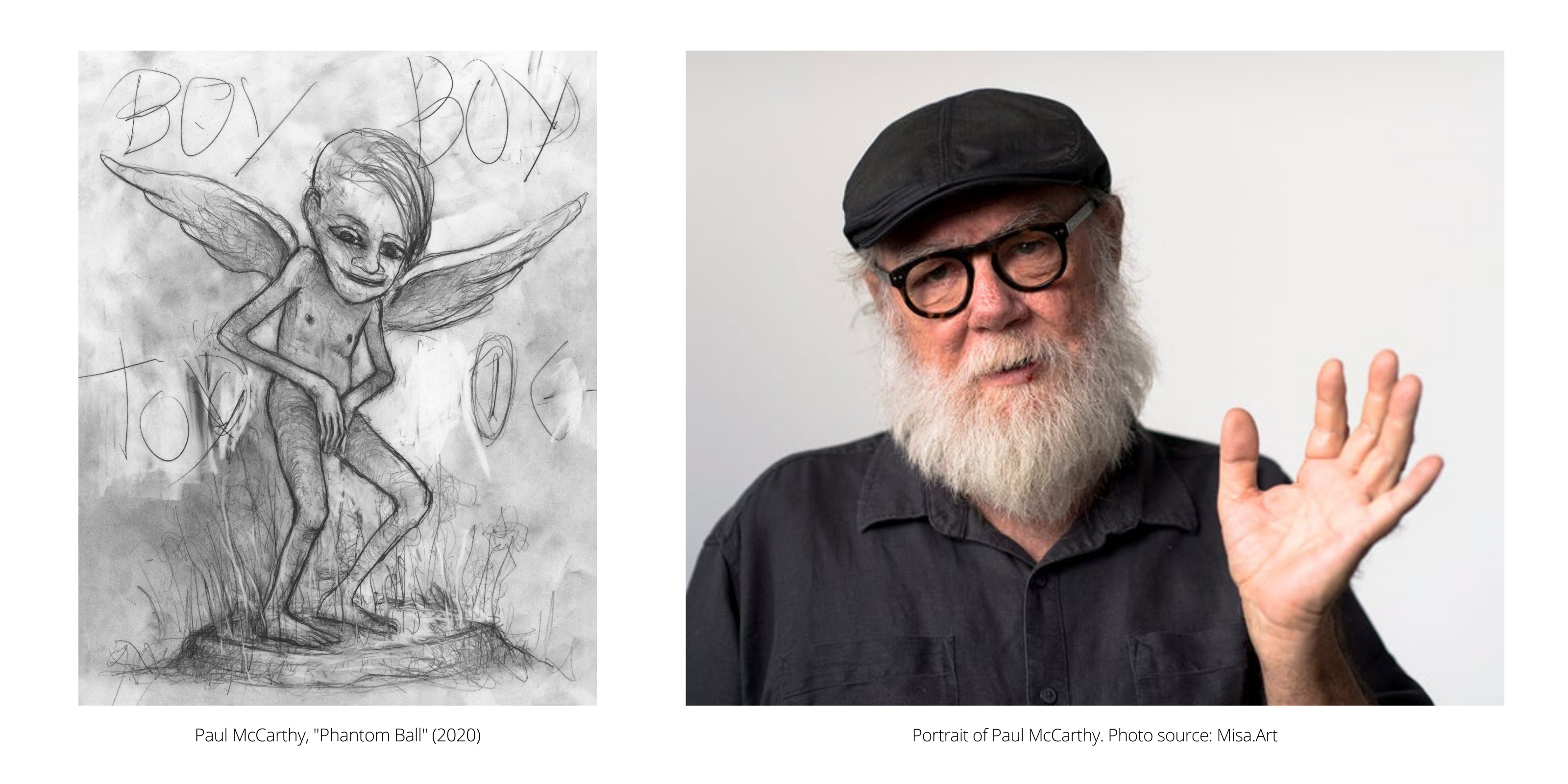 Have you ever come across the photographs of the larger-than-life (24 meters to be exact) “Christmas tree” sculpture by McCarthy that was briefly installed in the Place Vendôme in Paris in 2014 that looked like an object completely unfit to bring to a family holiday? (if you don’t know the sculpture, I suggest having a quick Google to see it). McCarthy often plays with the anti-aesthetic as he is known for uncomfortable compositions and abject subject matter. He takes interest in mobilizing the infantile, the psychological investigation of being a child, which is reflected in this piece as well as his oeuvre as a whole. This print is exemplary of many themes present throughout his artistic practice, with the figure being childlike in both its appearance as well as its seemingly mischievous expression. In addition to the work being an exemplary representation of McCarthy’s practice, it was made for Side Street Projects, an artist-run organization that supports artists, projects, and programs to encourage socially engaged art within the communities it supports. These initiatives have positive impacts on communities through arts and culture, which is an added bonus to the work’s provenance that I find intriguing. 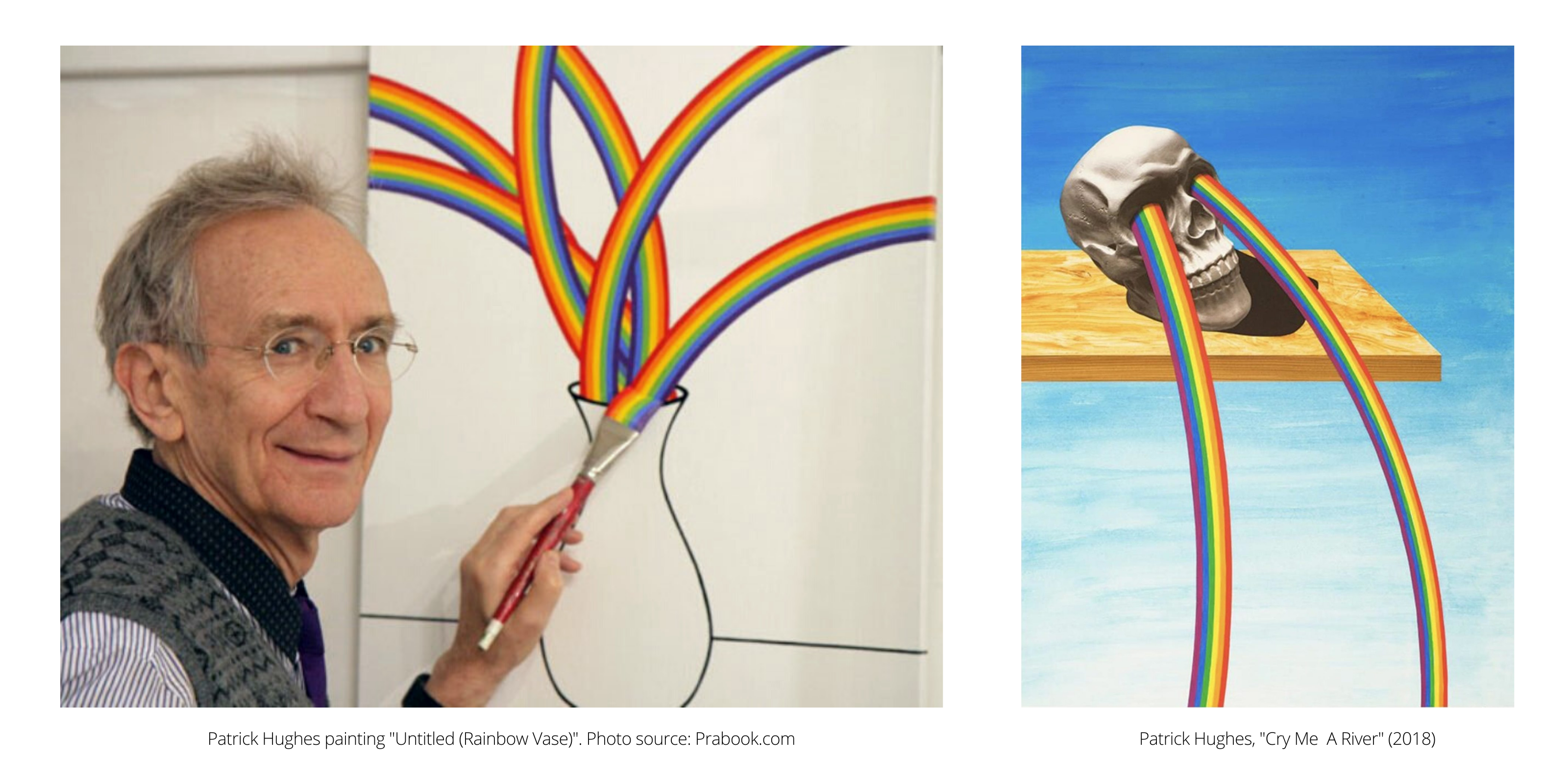 The first aspect of this piece that caught my eye was the combination of the contradictory visual languages. There is the Memento Mori, the skull as a reminder of death which is a symbolic trope within art history that is reminiscent of old master paintings or Early Modern still lives. You may recognize Hughes’ other works which are well-known for his manipulation of perspective, another nod to the Early Modern, in which the furthest point in the composition is physically the closest to the viewer. This is brought together with bright pops of various colors, a compositional choice that coincides with further works that include the motif of the rainbow. You can find more pieces from the series along with this one on Artscapy’s marketplace. 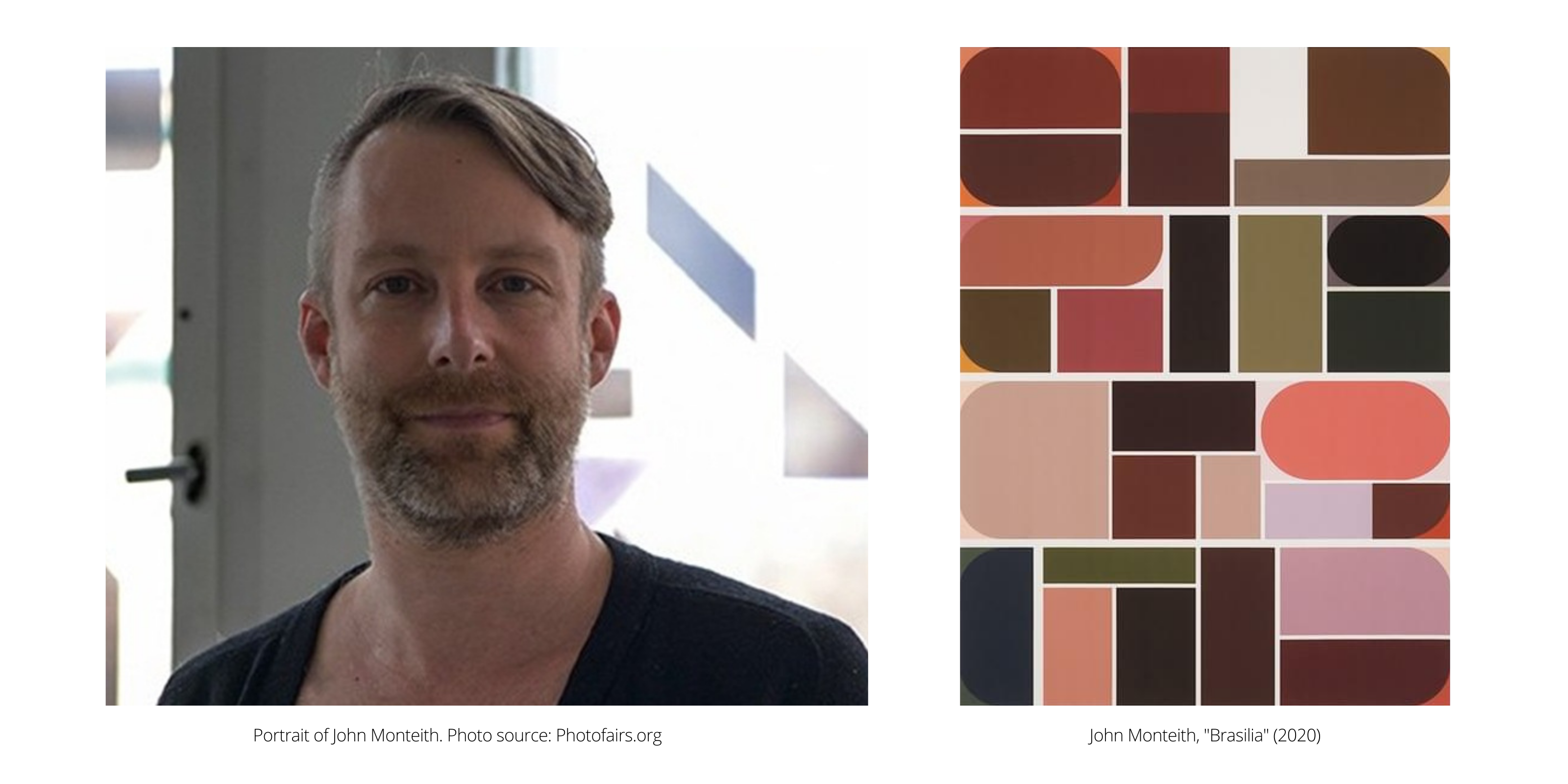 Monteith’s calming fleshy tones and natural hues come together in an abstracted, geometric print, stamped by the artist’s estate and signed by the artist (authenticity is always an important factor to consider when collecting). Through the colors, the Canadian artist may be referencing the human body, or possibly the natural scenery in Brasilia, the capital of Brazil and a UNESCO World Heritage site, the city after which the piece is named. This is what had a resounding effect on me as a viewer, having grown up in the Pacific Northwest and then the mountainous regions in Austria surrounded by nature. Art can always have a personal pull by developing a relationship to the viewer and their experiences, which is what drew me to this work personally. The abstracted landscape or body gives an indication of nature fusing with humans in a harmonious geometric composition. 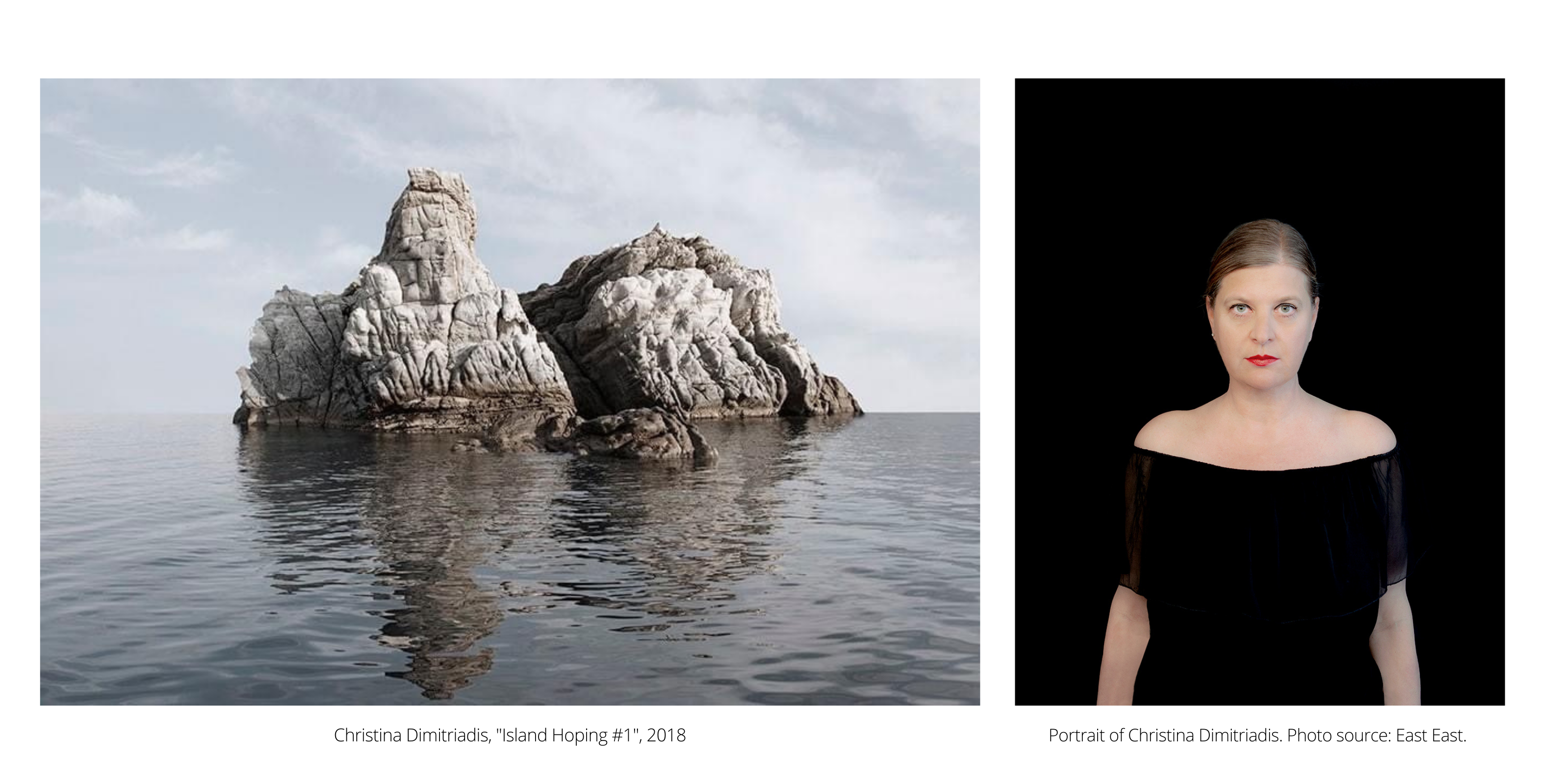 This photograph shows an anthropomorphic figure made out of colossal boulders in the ocean, as if this force within nature is resting, its back turned to the viewer. Especially in times of the climate crisis, pondering human’s connection to nature is at the forefront of our minds and our actions within the arts as well as in many other industries. From a series entitled “Island Hoping” (do note the missing letter, playing with the words “hopping” and “hoping”) the work is a portrait of nature that has layers in its meaning, similar to how portraits of humans are subjected to layered interpretations. As art history shows, symbolism and iconography do not only communicate the social climate of the times but also the political, technological, and economic. In some ways, these portraits of islands can function within the same sphere, referencing the themes of environmental concern, but could also be open to a wider interpretation. 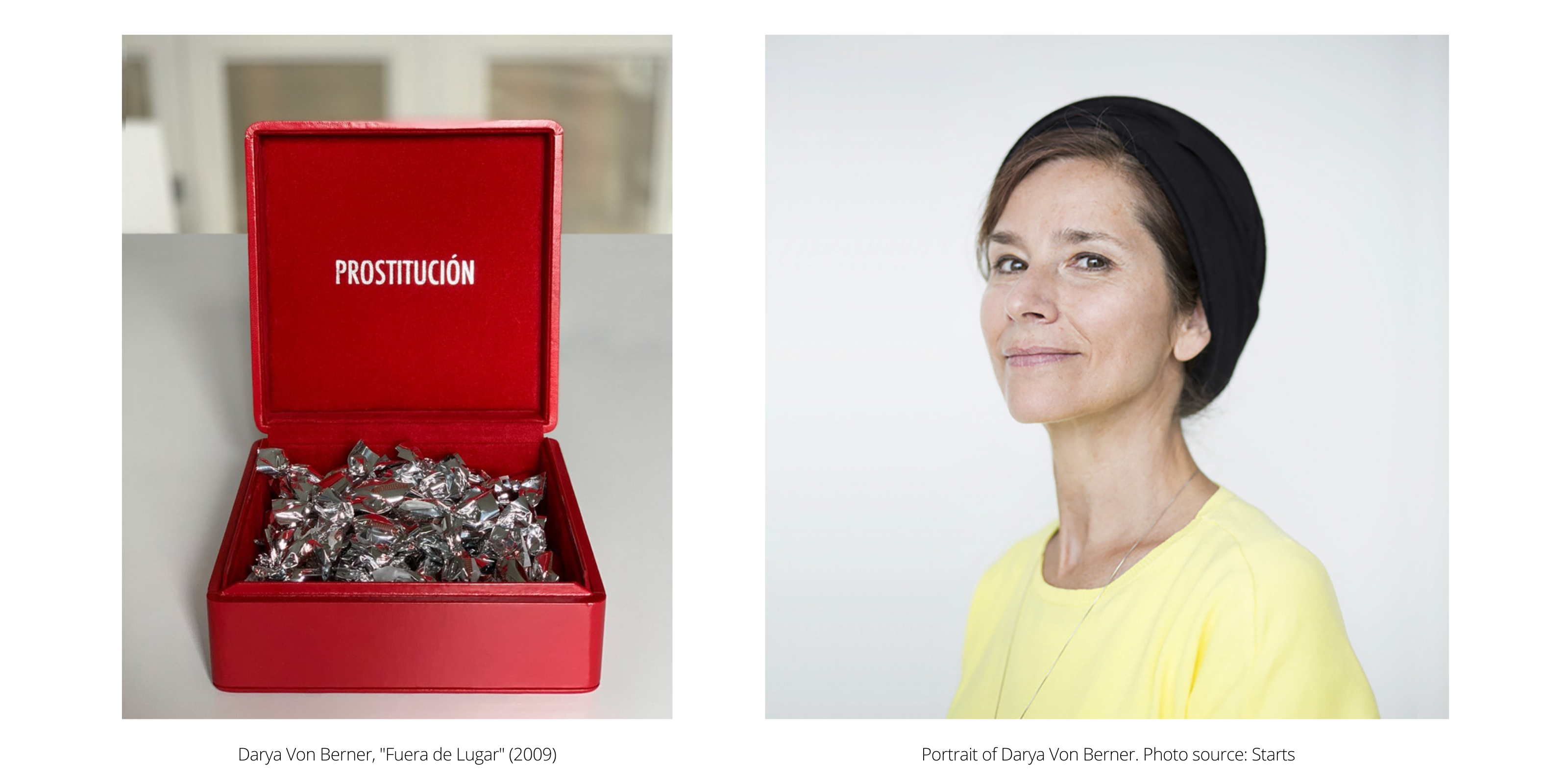 With this work, there is an uncanny sense of anti-utilization in the object, a box of sweets one will never eat. The title of the piece translates from Spanish to “out of place” or “misplaced” and the viewer seems to be invited to grab a sweet, to physically interact with the work until an empty box remains. However, the sweets remain as they are, wrapped and placed within the red velvet interior of the case. The color and materials of the box contrast the silver wrapping of the sweets, as well as the silver writing on the inside of the lid reading “PROSTITUCIÓN”, the Spanish word for prostitution. Heavy with social critique, the box becomes a form of political commentary that moves beyond questions of the viewer, or of the viewer’s body, which were previously prevalent when thinking about devouring the sweets, and into wider questions of society.