If only Jackson Pollock had lived in the social media era, would have he looked somehow like contemporary José Parlá?

Running his Instagram account as a modern funny captioned photo album, José Parlá shares his art to the rhythm of his daily studio practice. Movement is at the forefront, and nowadays underrated bright colours are the quintessence of hisoeuvre. With an outstanding CV, his shows are always very much anticipated, and he has laboured on some major projects, including an almost 28-metres long mural installed in the lobby of 1 World Trade Center, New York, in the last years.

His hyper-abstractive works are hunting and daring, filled with references, and weaved homages to other artists. So much so that some scholarly essays have discussed whether they could be defined as “history paintings.” However, what stirs our attention is that a thoroughly in-between-the-frames analysis of Parlá and the great Jackson Pollock, sheds light on a multitude of similarities in their artistic practice. And this goes way beyond having the same initials. 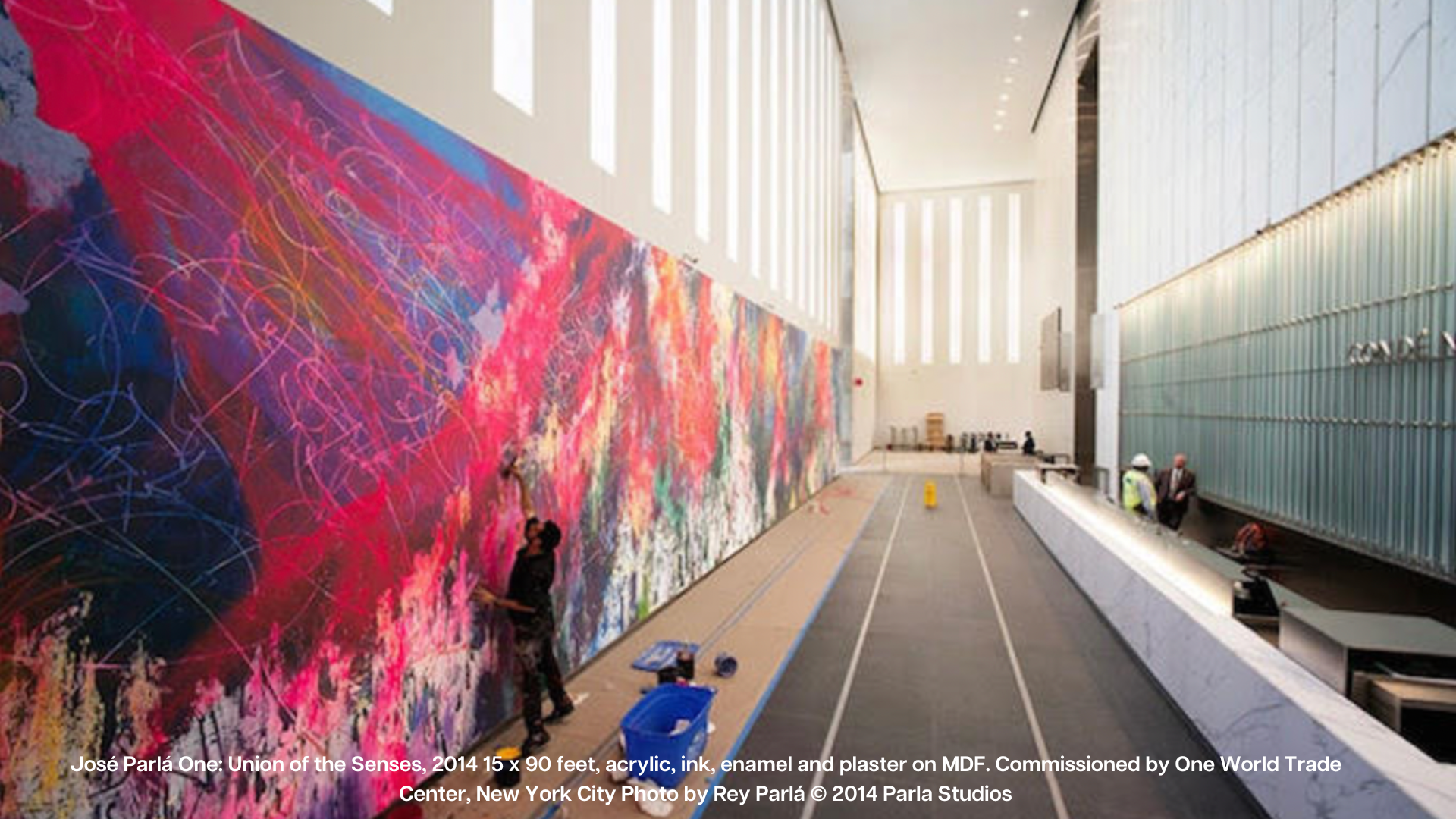 Forerunner of action painting and father of abstract expressionism, as well as a pillar of the American art scene, Jackson Pollock is well known for his dripping and all- over techniques. Rather than just making art, his practice was an immersive practice requiring the artist to be fully present. Pollock would move very quickly across the painting, dribbling hues in long, wavering lines. Sometimes he would also drop pure paint onto the canvas – and some of his artworks still present footprints on from when he stepped in the paint. By outbreaking the traditional art scene, Pollock met the critics’ opposition at first, to then captivate the entire art world and some of the most prominent collectors, such as Peggy Guggenheim, at a later stage. With a well-paved road, José Parlá had a different start instead. He soon charmed a wide audience including an entourage of museums and galleries. When he first appeared
at Frieze, the Telegraph defined his works as graffiti art turned into objects of beauty. Yet, just like Pollock’s, Parlá’s art entails action and movement and he is not new to jumping on the canvas and painting 360 degrees around his works. 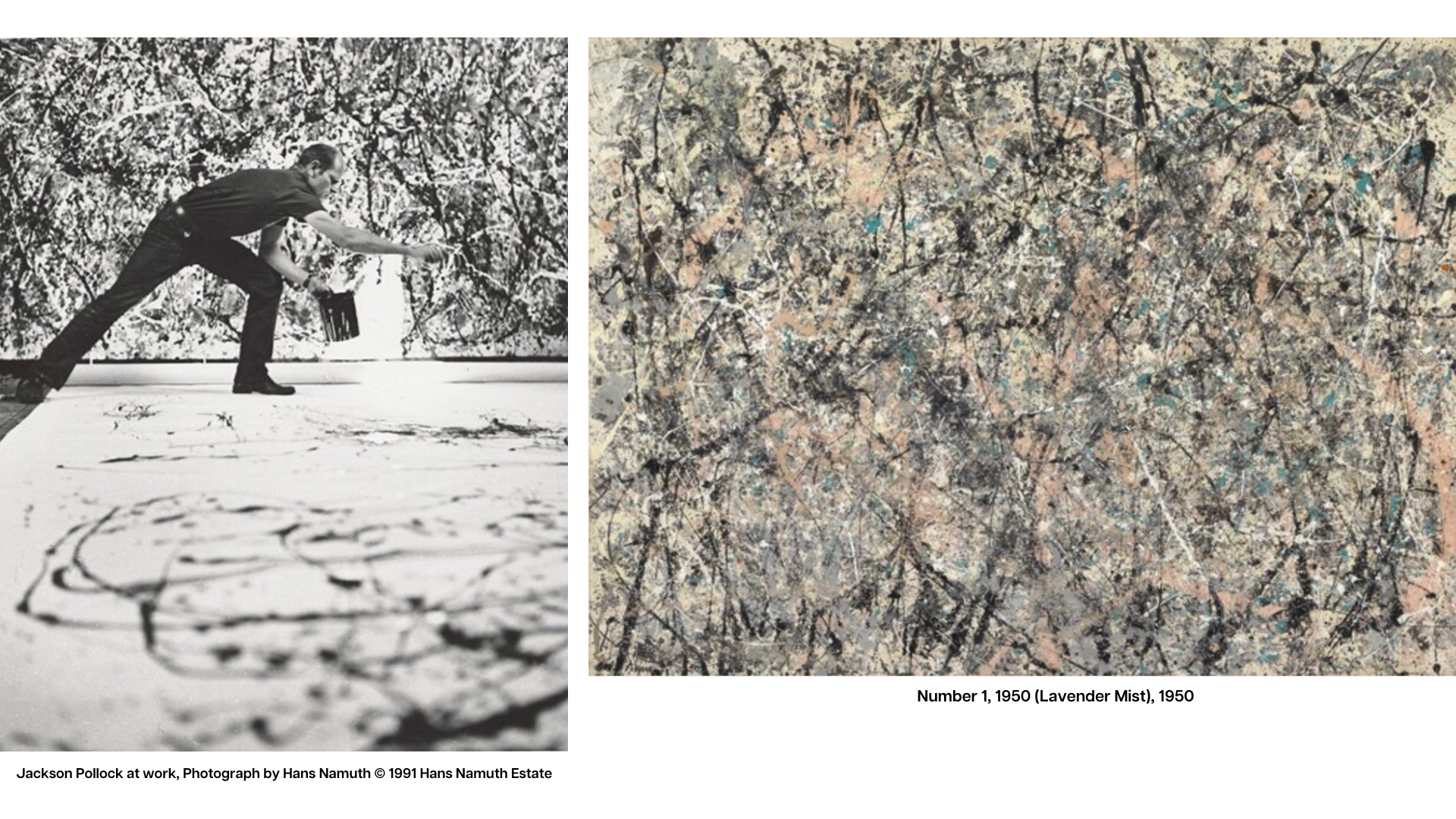 Both artists are particularly drawn to music and the music culture. Pollock is well known for loving to swing his freedom jazz-coloured dance to on canvas laid beneath him, and he defined jazz as the only other creative thing happening in America. He would often attend jazz nights at New York’s Five Spot Club, and his wife Lee Krasner later recalled how Jackson would tune into the groove of listening to jazz records, relentlessly for days in a row. On the other hand, Parlá too is charmed by the music culture. It’s yours, his first solo exhibition in New York held at the Bronx Museum owes his name to Bronx rapper T La Rock’s 1984 hip hop single, undoubtedly imbuing Parlá’s work of street energies. 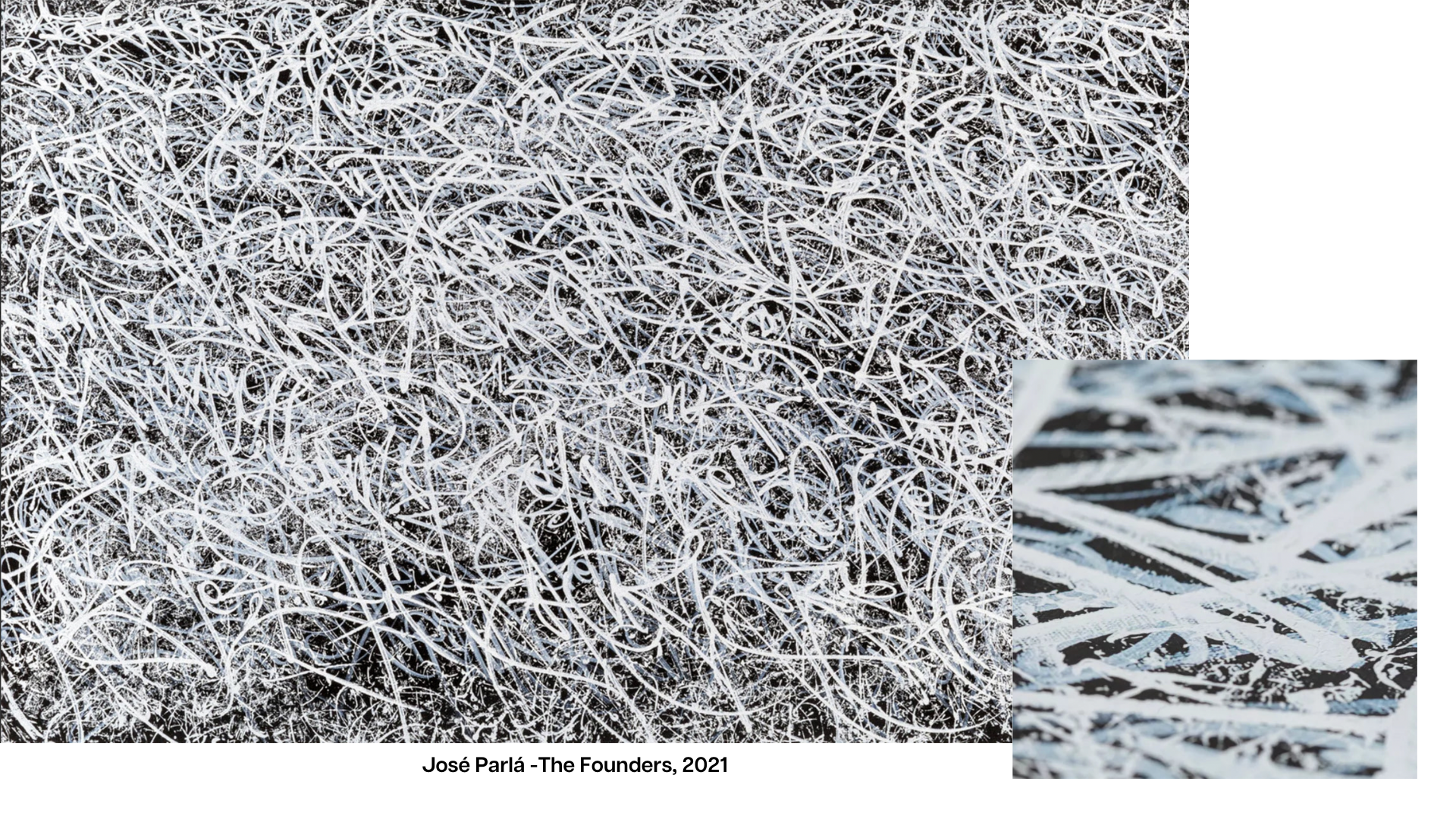 However, discrepancies can be spotted too. Even though they both experimentedwith a multitude of different media, ranging from towels to collage, to knives, and to the body used either as brush and as a vehicle for creating, Parlá soon departedfrom purely visual forms on canvases and walls to explore calligraphy. A technique less explored by Pollock. The type of calligraphy José Parlá engages with, is inspired by New York subways, Miami street art of the 80s, Chinese sumi brush drawings, and often consists of a recurring arrangement of the space. His compositions present flowing areas and circles, alongside repeated motifs. Indeed, he has been proactively working towards turning urban and abstract into a hybrid artform drawing elements from painterly realism. Unlike Pollock, whose paintings were often inspired by shamanic cultures other than street or urban ones. Another difference, which might also be a fun fact, is that Pollock had a muse, his wife Lee Krasner, and a thirst to pay homage to her in her works. There is however no evidence yet on Parlá’s apple to the eye to date. 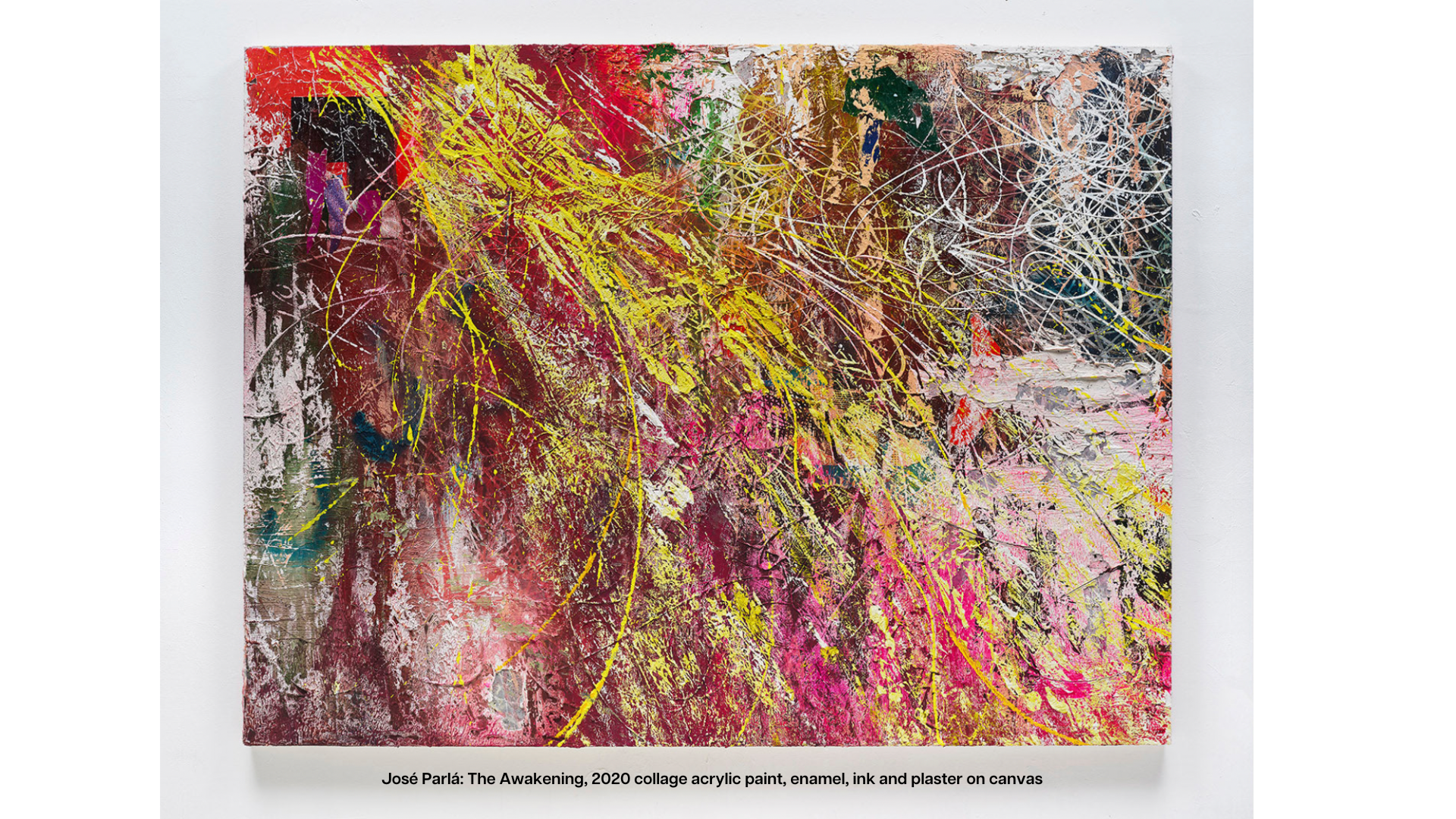 Despite presenting several similarities, both artists preserve a unique authenticity wherever on display, turning into proper hallmarks for the art world and its history. They both have - and still do - taken the art world by storm with their dynamic artistic gestures, and we are sure they will for years to come.

I want them to leave (the show) and have some time to think about it, and maybe after a few days or weeks, or even months, they will come to a conclusion of what my work means in the context of their own lives. “And I hope this propels them, in ways big or small, to give something back to society at large, or just one individual in need. For me, that will mean the work has been successful. - José Parlá for Architectural Digest