British at heart, Bridget Riley, and Damien Hirst, are  notorious names in the blue-chip galleries and museum scenarios. With glittering art collectors' names and always making it to the top of the news, they both have set the tone of the art scene - on and off - over time. However, one might wonder what lays behind the skyrocketing prices and numerous record breaking lots at auction. Though born 34 years apart, the duo has a considerable number of similarities in common, including a vast array of non-figurative artworks and a fervent desire to stir a psychological reaction onto the viewers.

Bridget Riley, born in 1931, is among the most celebrated contemporary artists and so has been since her first show in New York that sold out before opening. She debuted by painting figurative subjects, and her early phase collates mostly landscapes crafted with an academic and analytical eye, later drifted towards pointillism. Artist Georges Seurat was highly influential on her, so much so that she internalised his practice, moulding the basis for her unique style. In 1960 she began exploring the dynamic potentialities of optical phenomena, producing the so-called Op-Art. Today, she has not painted anything figurative for the last 65 years. Her artworks are powerful on the human emotional response and able to make people feel seasick or overwhelmed. Calm and still or suddenly anxious. The longer you look at them, the more the world around you starts to change. 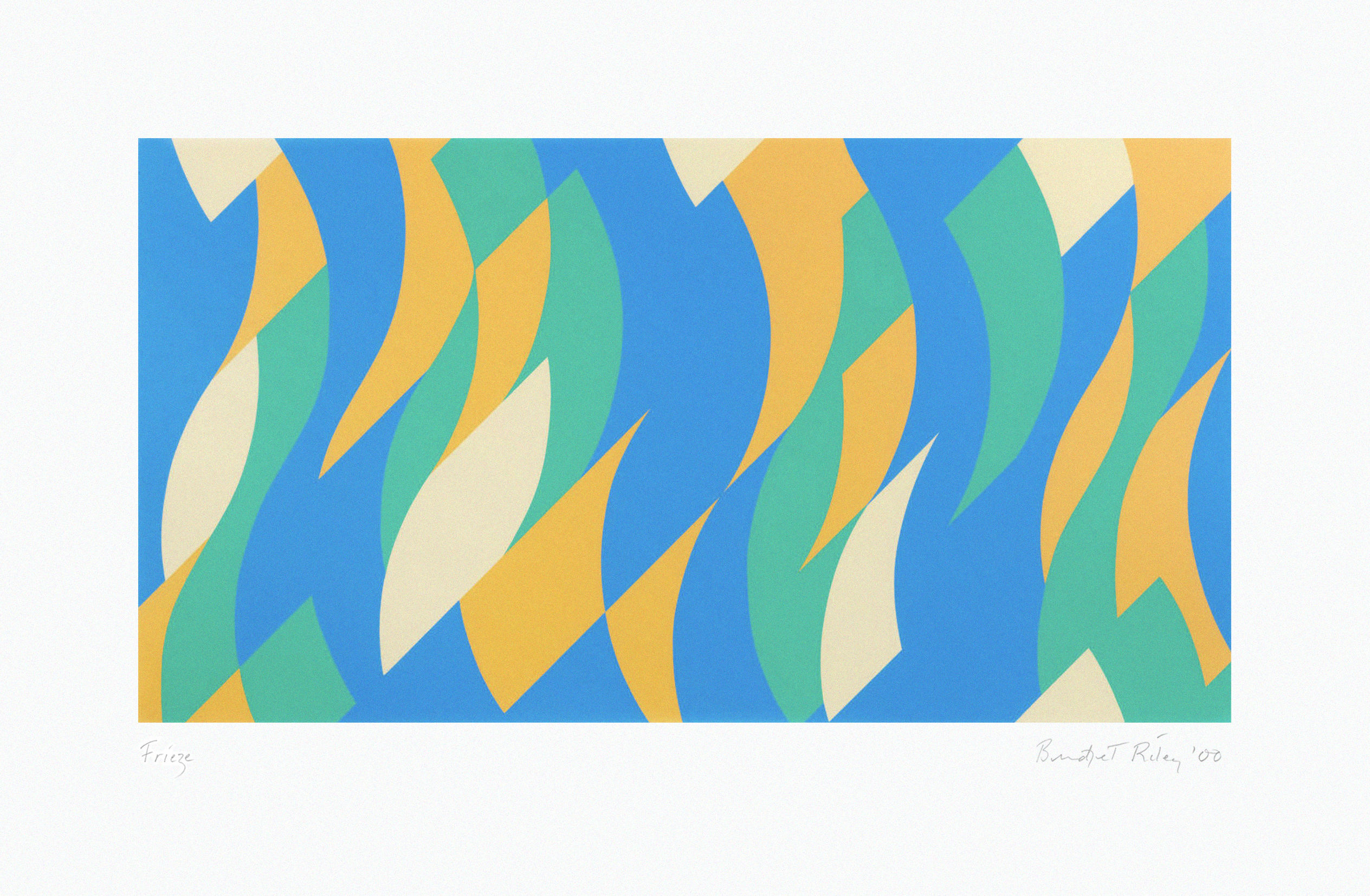 A leading contemporary artist with a similar outlook but a controversial consideration is Damien Hirst. Born in Bristol in 1965 and a former student of Goldsmith University of London, his first work placement was in a mortuary, deeply influencing his artistic oeuvre conscious of death and the afterlife for years to come. His works’ titles always merge this world with another one, whether the undersea, the subconscious or indeed, the afterlife, in his case filled with formaldehyde, and often imbued with subtle social critiques. Hirst is undoubtedly an art market’s disruptor and talking about investing in his art as if it were stock or hedge funds is no longer a hot topic. Since emerging into the art scene, he examines the relationship between art and beauty, human experiences and analytically challenges the uncertainties that lay at the bottom of the human heart. Just like Riley’s, Hirst's work provokes perceptual and psychological responses, proper dichotomies, as they could come around both as calming and unnerving. 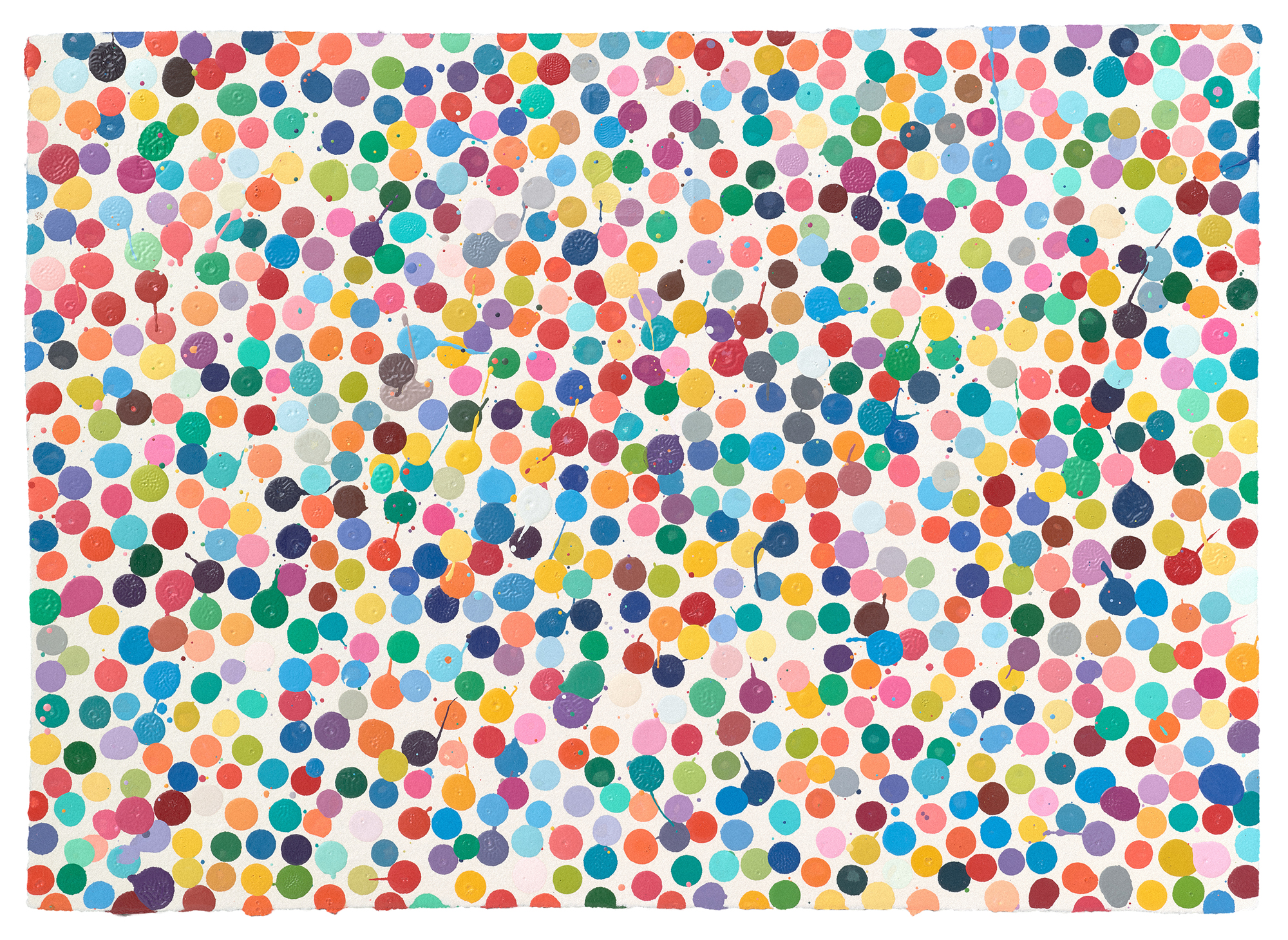 Comparing the oeuvre of the two, many similarities are discernible. From a general standpoint, both artists take the viewers through a geometrical ephemera journey, however differing in mostly non-figurative oeuvre in the case of Riley versus a more figurative art practice in Hirst. Hirst often declared that geometry made available a pattern to him. A pattern is something that creates a rhythm, a rule, a kind of belief happening through repetition and people need these, just like breathing. Same happens in Riley, whose works were first misunderstood and considered as a conjunction of art and science, yet in a personal essay she clarified that her use of geometry is perception based and causes the elements to repeat themselves in cyclical patterns, as a square appears, so it fades. And all over again.

Hirst’s motifs are more allegorical, Riley, on the opposite, focuses on softer and subtle nuances. Both, however, present explorations of applied colour that when close to another, present a deep understanding of how the interaction of colour functions inside a predefined space and how the outcome is distinct, resulting in visually vibrant compositions. 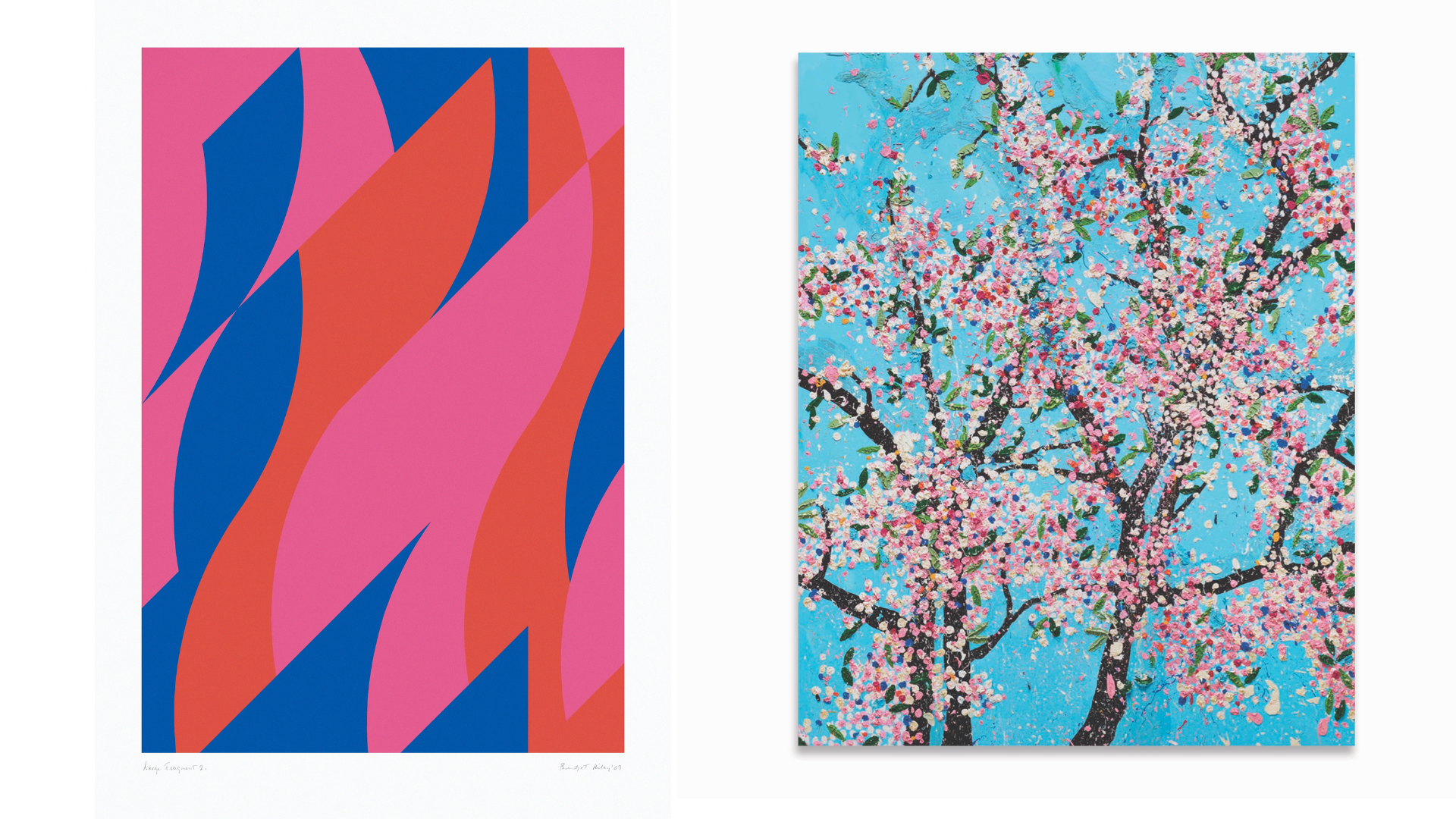 If Damien Hirst loves to surf the wave of popularity and the news, Riley whereas has always shied away from such things, only making her voice heard when necessary. For instance, the essay Perception is the Medium, published in October 1965 on Art News akin to a manifesto of her Op-Art, and meant to clarify its meaning. A rising difference between the two are the ultimate NFTs. Riley has nothing to do with them thus far, and the only purchasable non fungible tokens are somehow copies of her works, while Hirst soon launched his first NFT “Great Expectations”. The NFTs (a series of 10,000 unique) take after the artwork he designed for Drake’s album cover, featuring a series of emoji-like pregnant women whose forms vary in colours and shapes. All the works sold were airdropped to their owners.

Drawing to a close, a key part of Riley and Hirst success overall, however, is that although both artists take their viewers to faraway places and might come off as cryptic at first, their works retain a precise mesmerising beauty rooting the viewer right in front of the work.