Long serving the United Kingdom and 14 other sovereign nations for seven decades and seven months, Queen Elizabeth II died peacefully - aged 96 - on September 8th this year. At the time, she was at Balmoral Castle, the Royal Family’s retreat in Scotland.

A life made of endurance, tumultuous wins, losses, and despair, Queen Elizabeth II led the country through the dazed aftermath of World War II, Brexit’s related obstacles, and more recently a worldwide pandemic, turning into a solid and trustworthy leader in highly uncertain times. "She will be missed and remembered for years to come, for the deep affection and respect she was widely held in", her son Charles, next to the throne, said. Besides the love of those who always cherished Her Majesty, art is one of the values she will keep living on.

As often happens with royals and rulers, the Queen was the subject matter and main character in many artworks and pictures, portrayed by well-known artists such as Andy Warhol. The pop art star released the largest portfolio of silkscreen prints of the living Reining Queens at the time in 1985, including Queen Elizabeth II. The aim was to convey a powerful message of female empowerment featuring recognisable portraits, which drew collectors’ attention. In 2012, in honour of her 60th year of sovereignty, Her Majesty purchased four of Warhol’s depictions for the Royal Collection, bringing the pop artist one step closer to his notorious saying: “I want to be as famous as the Queen of England.” 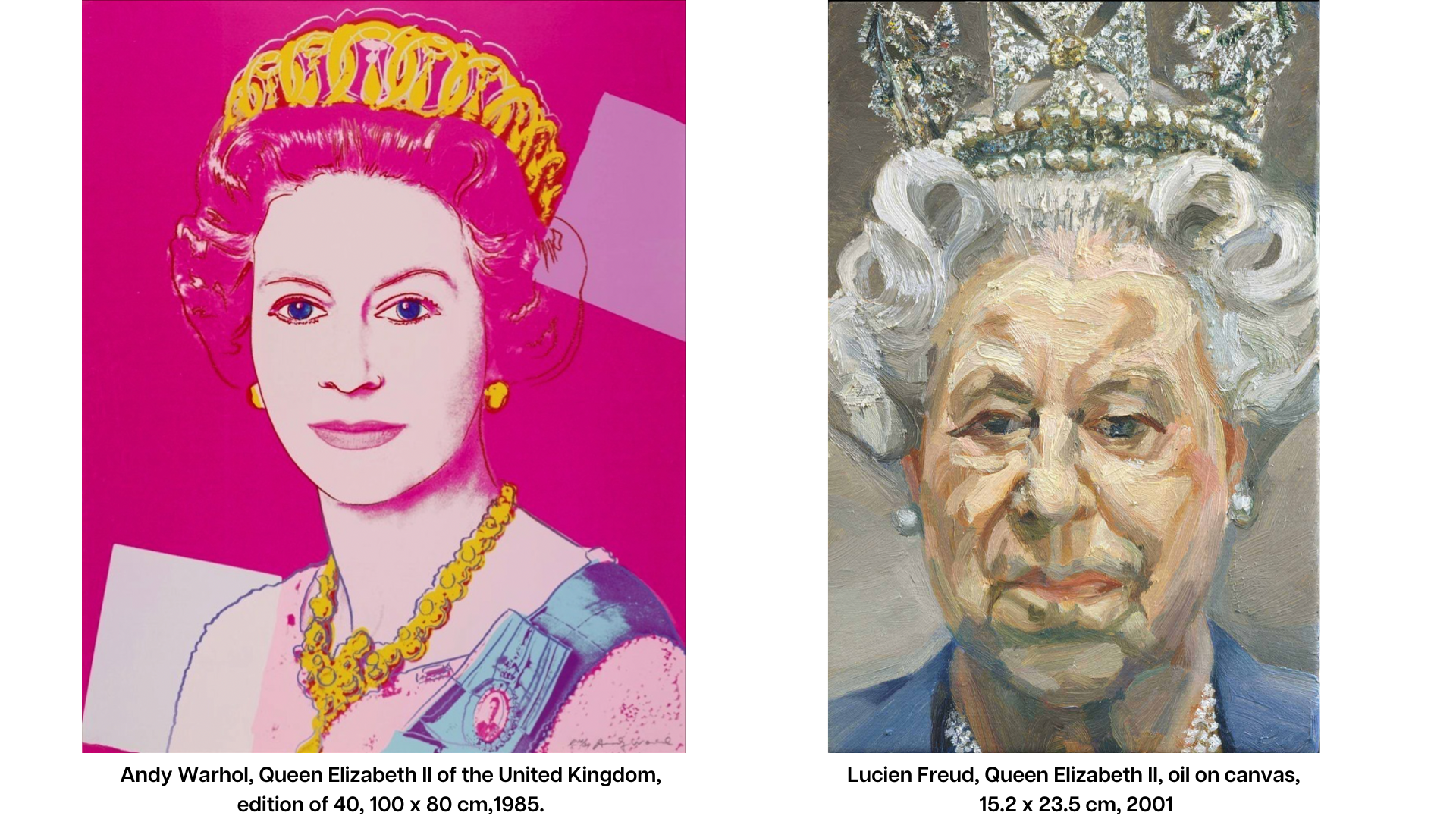 Part of the Royal Collection is a portrait of the Queen by Lucien Freud, with the Queen being his most acknowledged and globally reckoned subject. With pale yet sharp contrasts, Freud depicted the monarch in solemn silence and imposing presence with her signature parure of pearls, adorning her neck and her ears. The painting took Freud more than six months to complete, and once finished, the reception of the work was split, with many condemning the painter for portraying Elizabeth in a harsh and unflattering aura.

Controversial, homage-like, or merely realistic, plenty of other artists tried to make justice to the Queen through their art, ranging from classical inspired representation to photographs. Among the many artists - including Elizabeth Peyton, Peter Blake, Chris Levine, and Pietro Annigoni - made the Queen pivotal to the most prominent galleries, collections, and museums in the entire world. Cecil Beaton was lucky enough to capture her coronation in a fairy tale like setting, whilst Annie Leibovitz recalls being invited to photograph the Queen twice at Buckingham Palace and Windsor Castle. Daring photoshoots that resulted in today’s famous images. 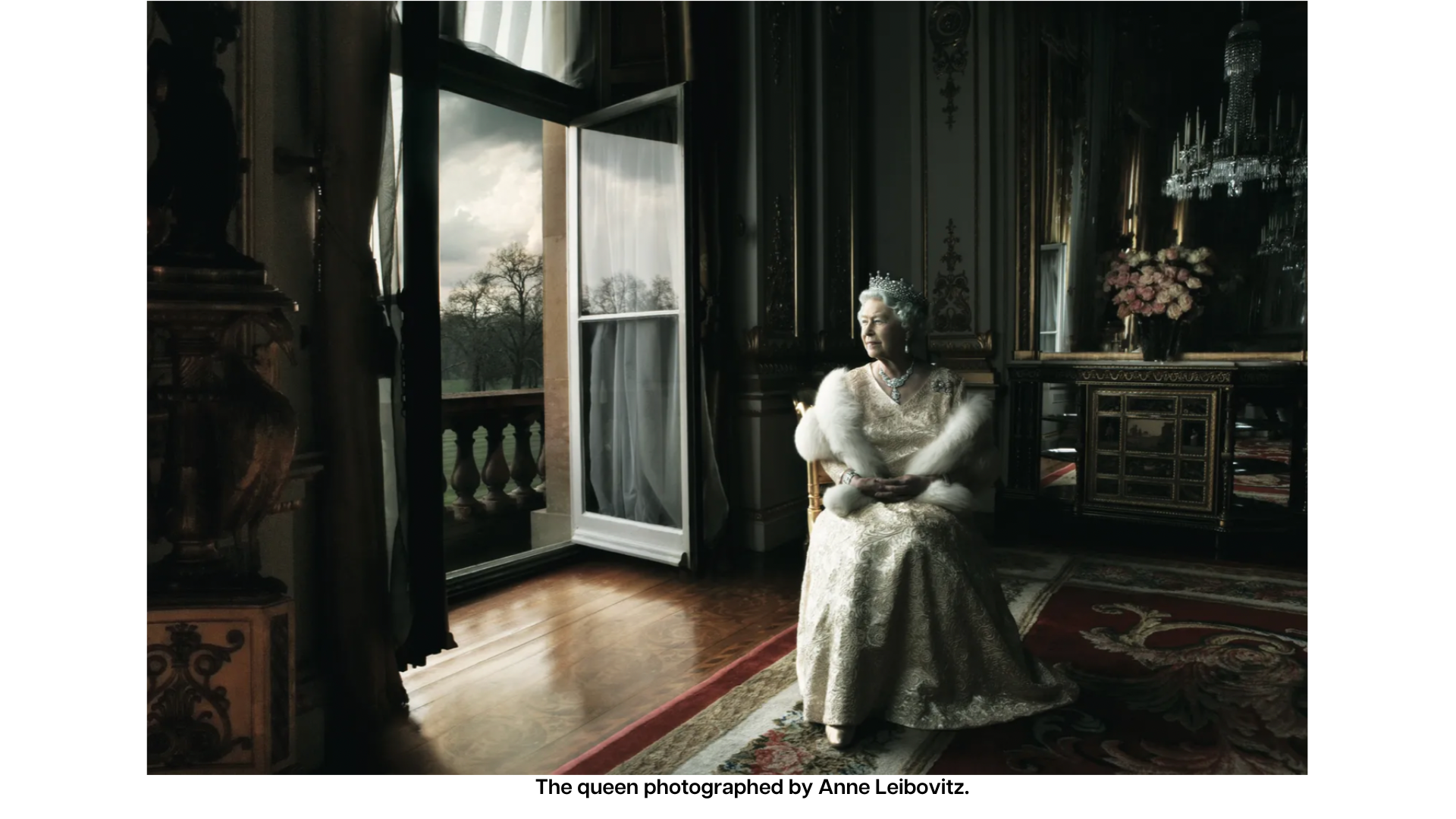 Together with Leibovitz and others, British artists Alison Jackson - whose oeuvre is outspoken and controversial - has repeatedly represented Queen Elizabeth II. Jackson’s extensive body of work investigates our media-made realm, trying to deconstruct and consistently challenge our perception of what is believed to be authentically true and what is not, thus fake. The artist, who upholds reality to be a blurred line in-between - one we have long lost control and awareness of - plays upon iconic images and celebrities’ portraits. Her works convey a strong mise-en-scène effect, her subjects are cleverly styled lookalikes inhabiting scenarios often questioned by society. In recent times, Jackson has hit the records with great sales at auction, including Sotheby’s auction house, where popular Princess Diana Gives the Finger was sold. Despite Jackson’s analytical lens, Her Majesty appears in her representations most often as tender and caring. She is portrayed as an ordinary person leading her private daily life, going to the post office, reading letters, and simply doing life accompanied - where possible - by her corgis. In fact, two of the most popular photographs of Queen Elizabeth II are available on our platform. Every shot is incredibly convincing and presents made-up private moments that we have been all wondering about as we walk by the sumptuous palace. Jackson’s pictures want to lift a veil and suddenly allow us to see through the opulent walls behind the ever-standing guards.

There is a perceived distance between the ordinary audience and the Queen further enhanced by her opulent regalia. However, it is as if Her Majesty would want to step away and be just like the watchers, ordinary and undoubtedly free. 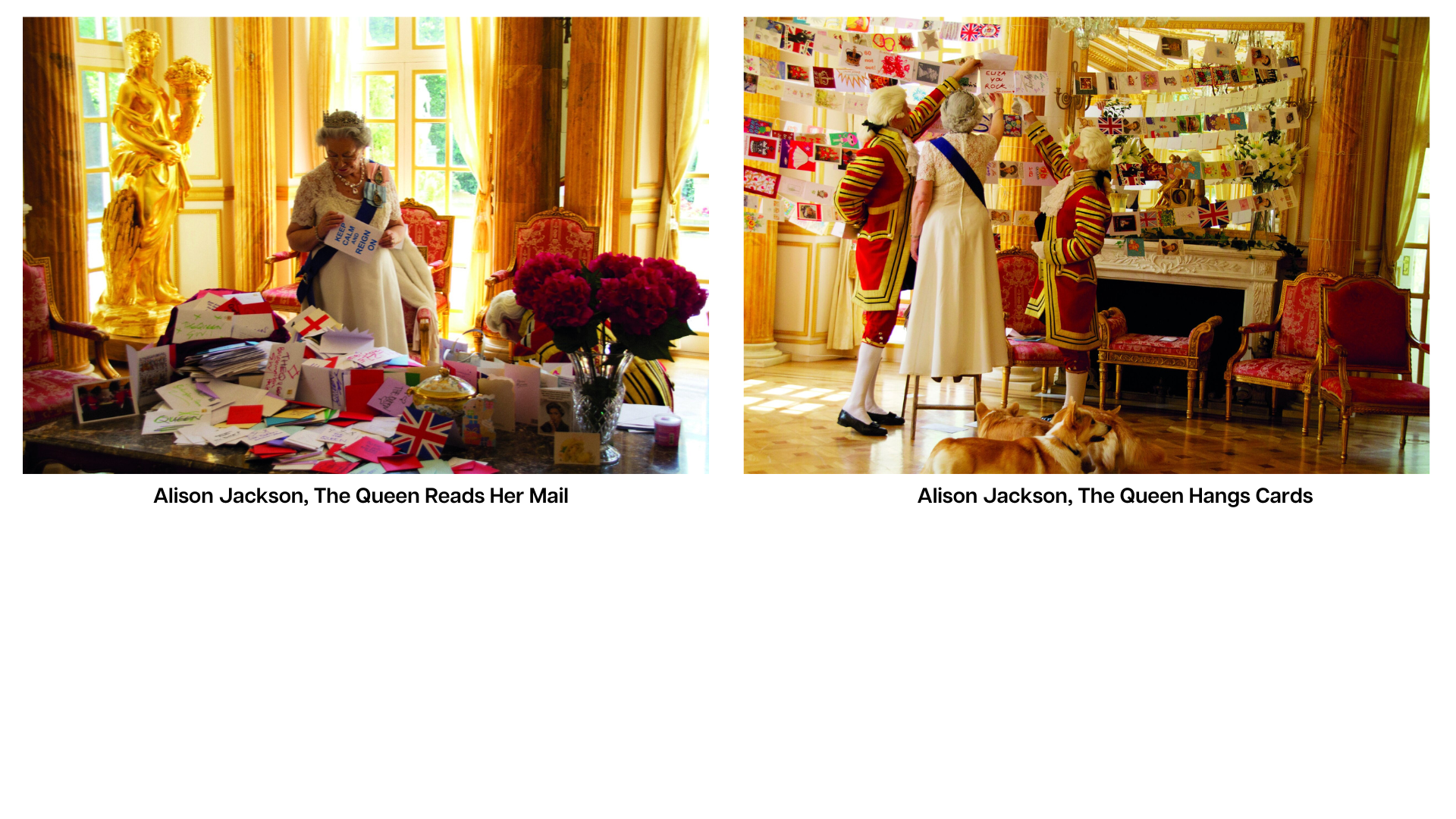