Artissima, the international contemporary art fair in Torino, opened its doors for their 29th edition. For the first time the fair was under the leadership of Luigi Fassi, former director of the MAN Nuoro. The fair showcased 174 participating international galleries, with 40 of the galleries also joining Artissima for the first time.

Along with its four signature sections, this year's edition featured three curated areas: "Disegni", "Present Future" and "Back to the Future". The digital catalogue of the exhibits is available via Artissima Digital, while Artissima Voice Over offers podcasts guiding viewers and collectors through the fair. What stands out this year is the choice of highlighting the voice of young art professionals: the art historian and social media influencer, @thegirlinthegallery, was selected to host an array of daily talks throughout the fair.

The overarching theme of this edition, "Transformative Experience", was inspired by an essay by L.A. Paul. The philosopher explores the daunting experiences that an individual may face throughout his life, which essentially alter his expectations and viewpoint. “These are often unanticipated and causal: you cannot predict the outcome of an experience” comments Fassi. Similarly, the collectors undergo their own transformative experience as they engage with the diverse array of art exhibited at the fair. In accordance, the booths reflected on the disparate topics that shape the contemporary experience: the quest for personal identity, feminism, climate change, and global activism - to mention a few.

According to Luigi Fassi: ”Visiting the fair in Turin is an experience that brings together collectors, curators, and art lovers, and those who wager on Artissima will be rewarded by the fact that they have been enabled to intercept the works and artists that will be the protagonists of the near future.” 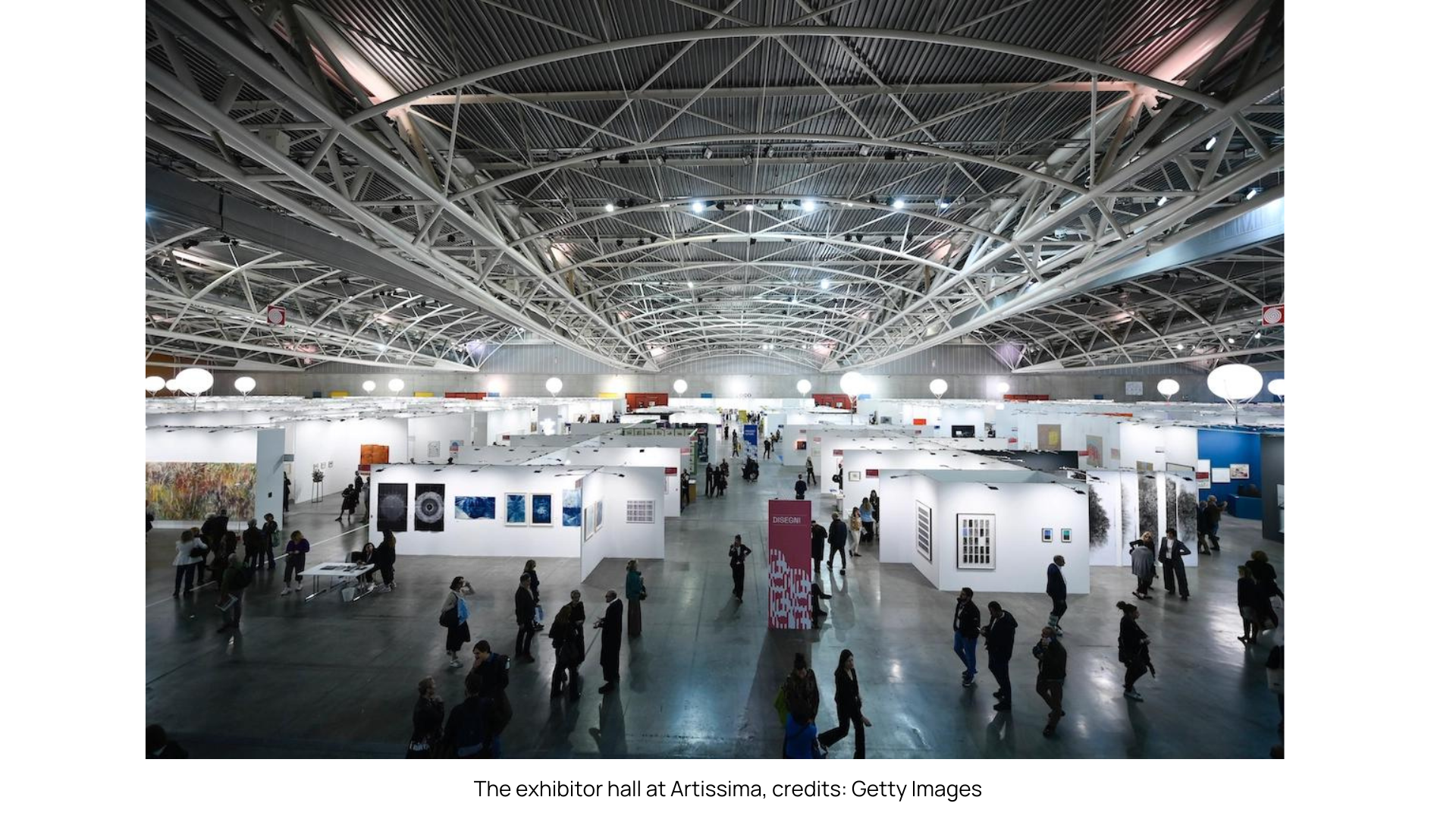 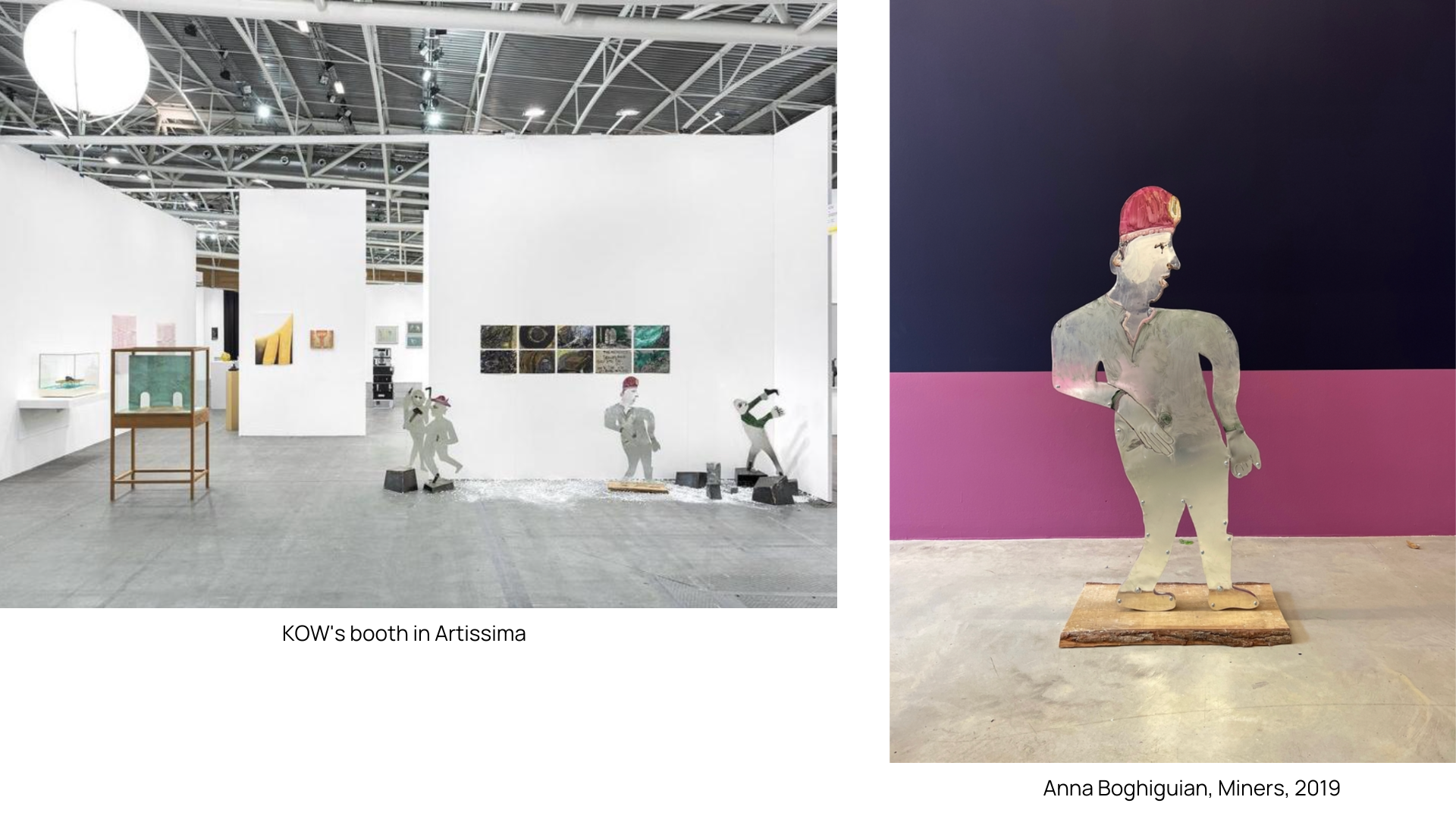 In our opinion, Tomás Saraceno and his geometrical constellation deserve some room in the fair’s highlights. Saraceno’s nets are perfectly nestled into one another and the shimmering glasses add a fascinating touch. 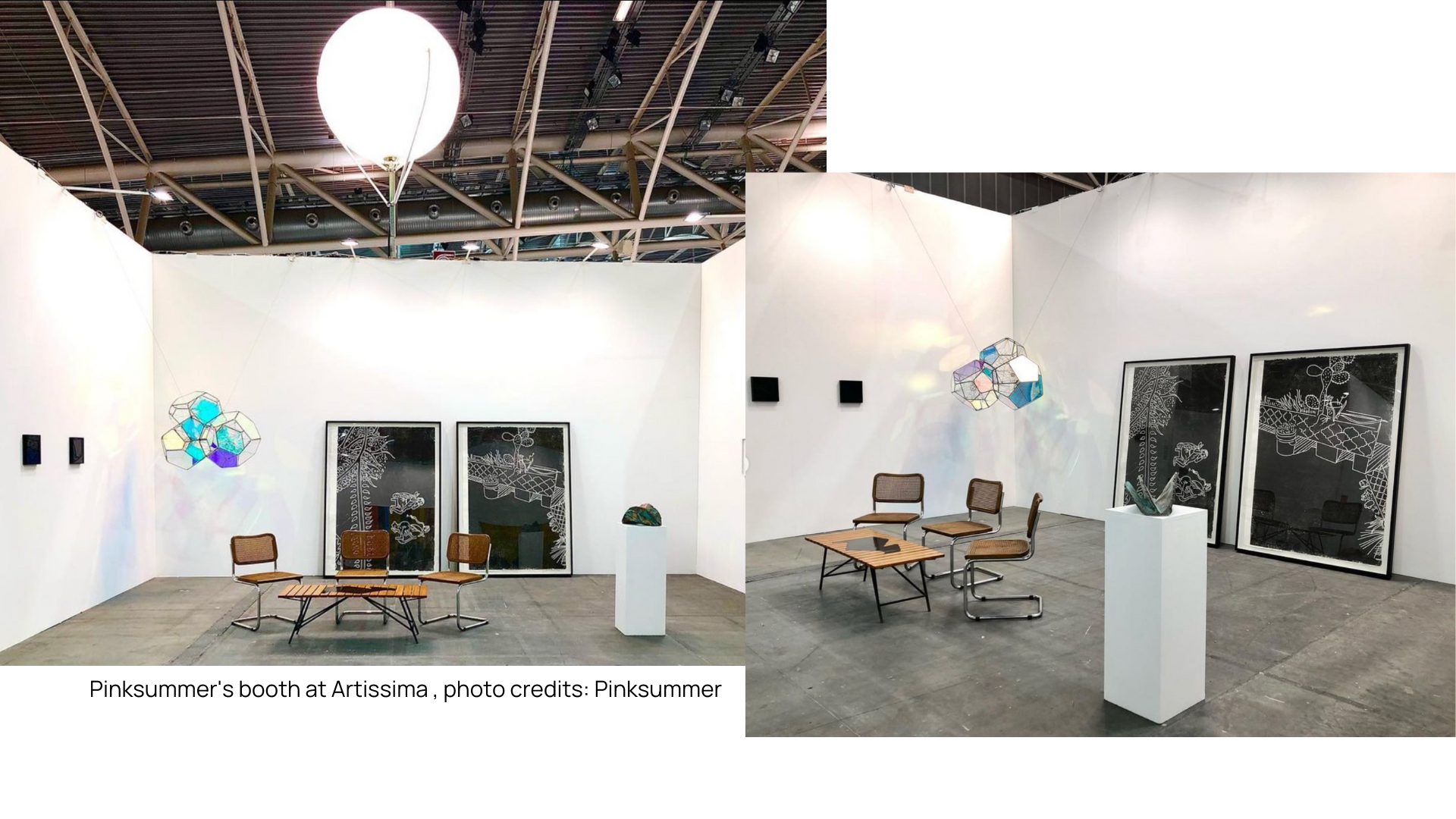 We appreciate the dialogue between Teresa Giannico and Tami Izko. The two artists, close in age, work in two different languages: photography and sculpture respectively. However, while formally different, the duo suggests investigations into areas such as memory, matter and its transitioning. 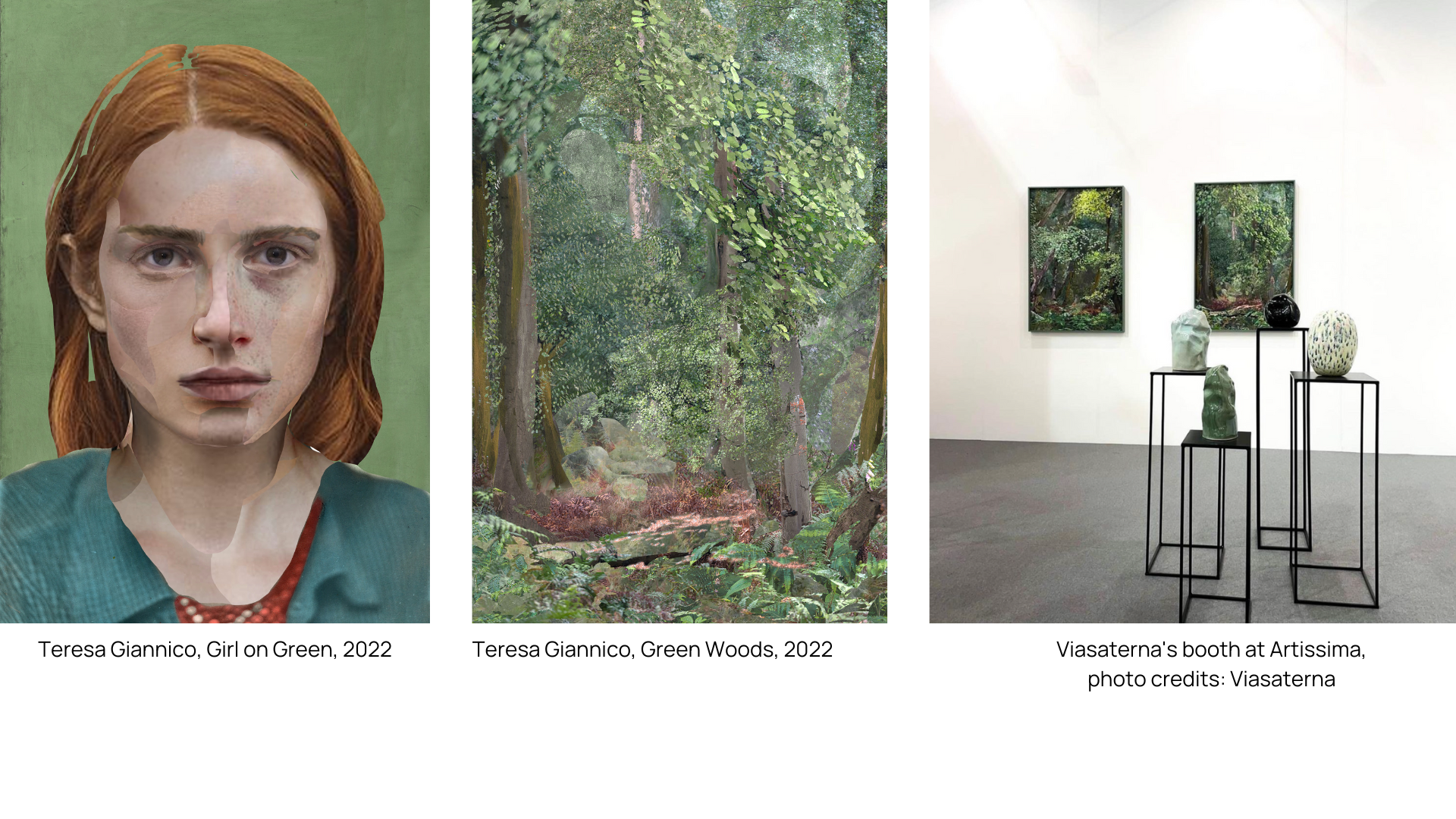 Extremely human and time-sensitive. The small-scale paintings encapsulate some of the biggest concerns of modern society: the influence of social media, raw emotions, waiting, and the desire for inclusivity and connection. Works by Kyvèli Zoi and Claudio Coltorti. 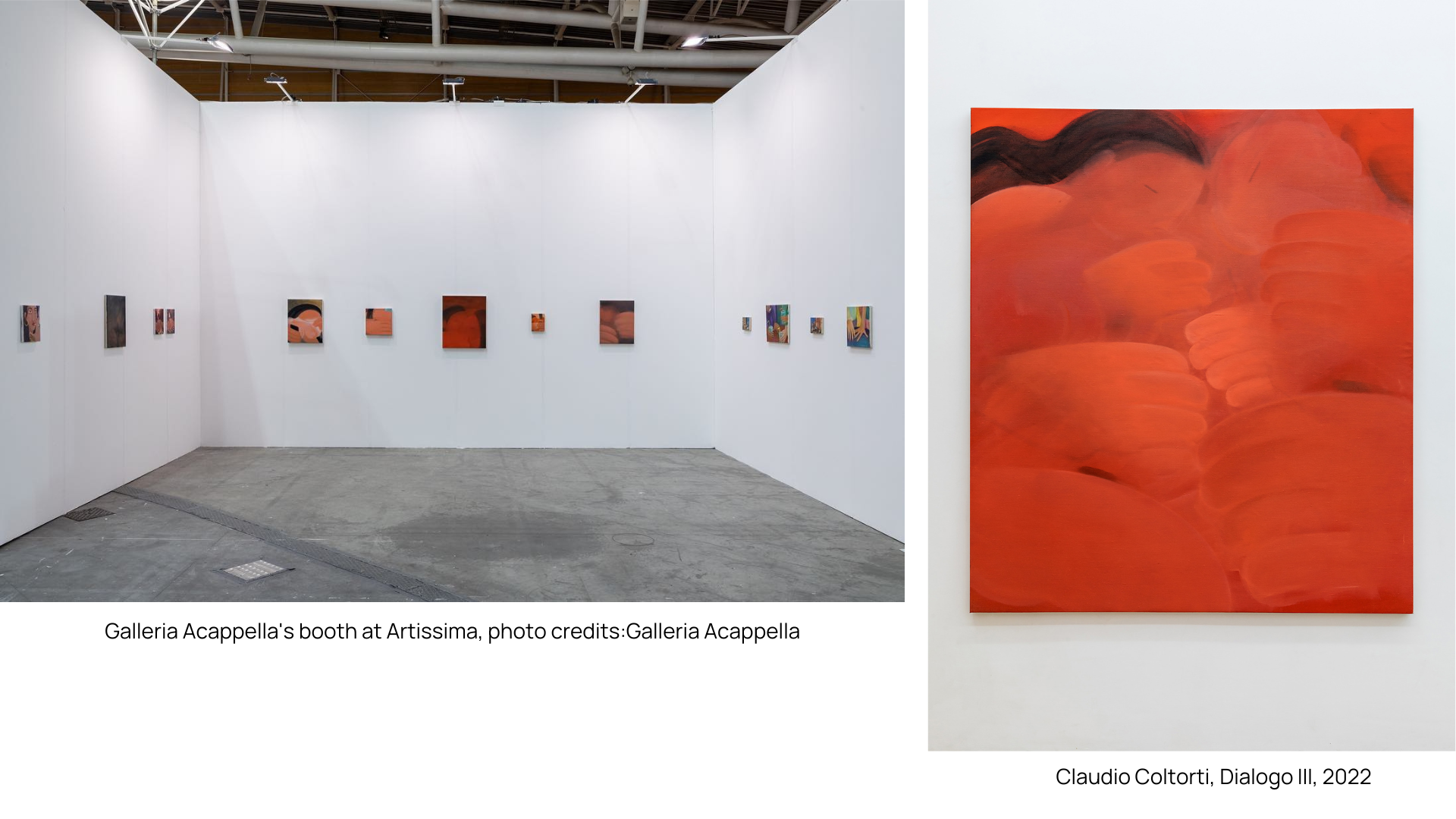 Because of its striking, high contrast large scale imagery. Capsule Shanghai catches the viewer’s attention from a distance. Night Stroll is a solo booth with works by Cai Zebin. 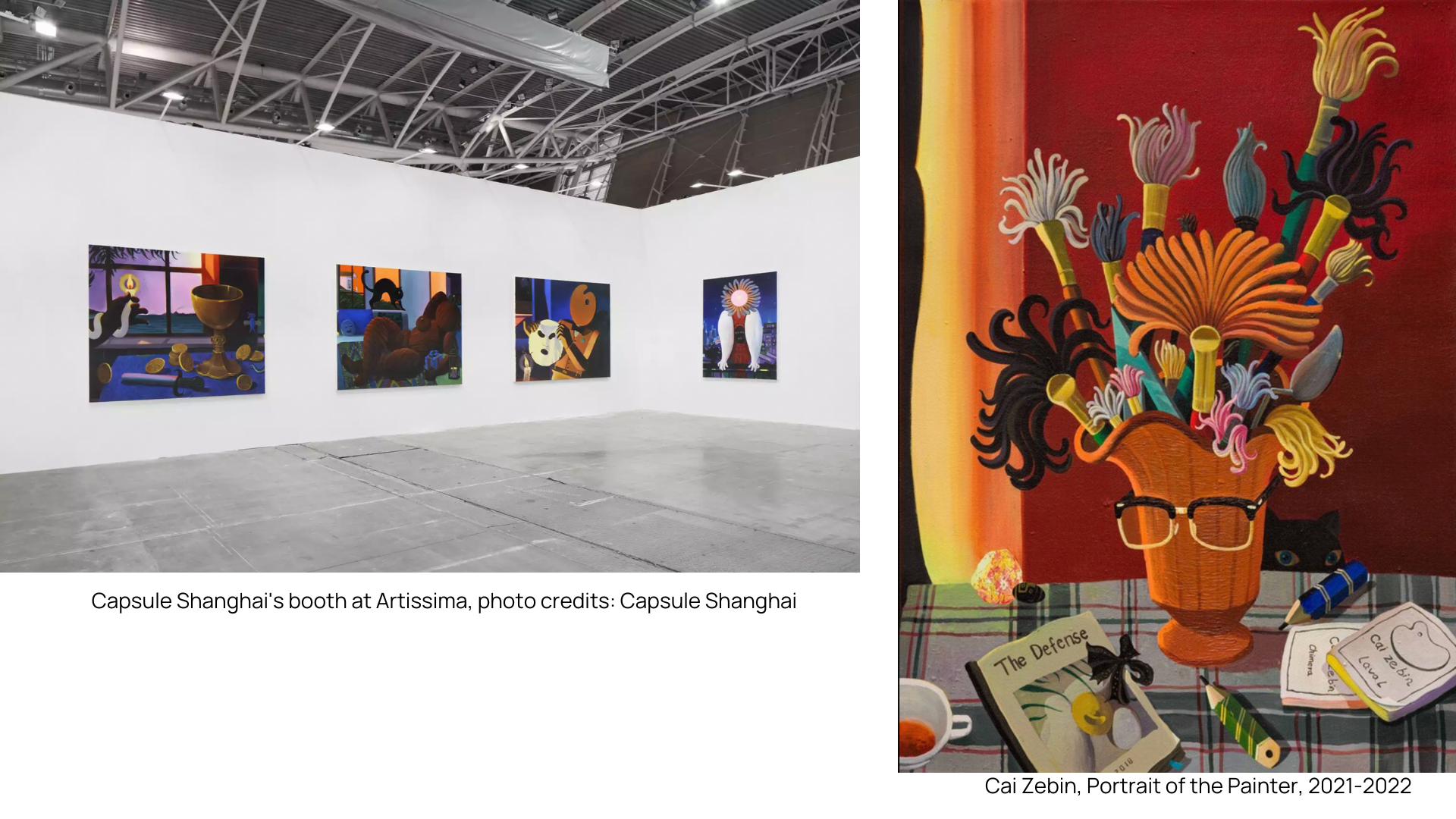 What if the World, Cape Town 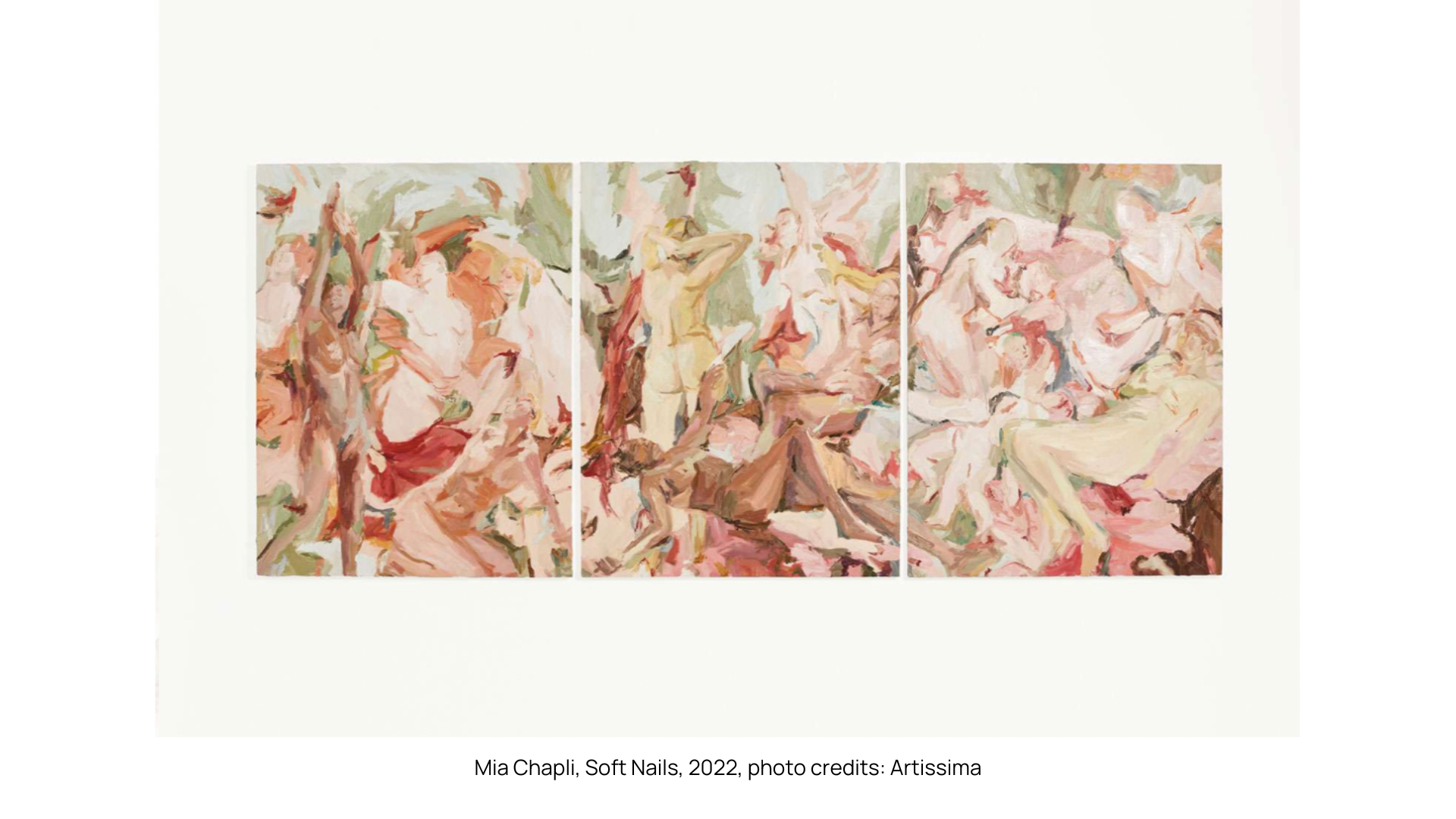 Visually appealing and wholeheartedly beautiful, Fabienne Levy’s booth presents the works of Rebecca Brodskis and Alina Frieske. The duo, although working with different mediums enhance an intersection of references and places, as well as cultures, individuality, collectivism, physical and digital. 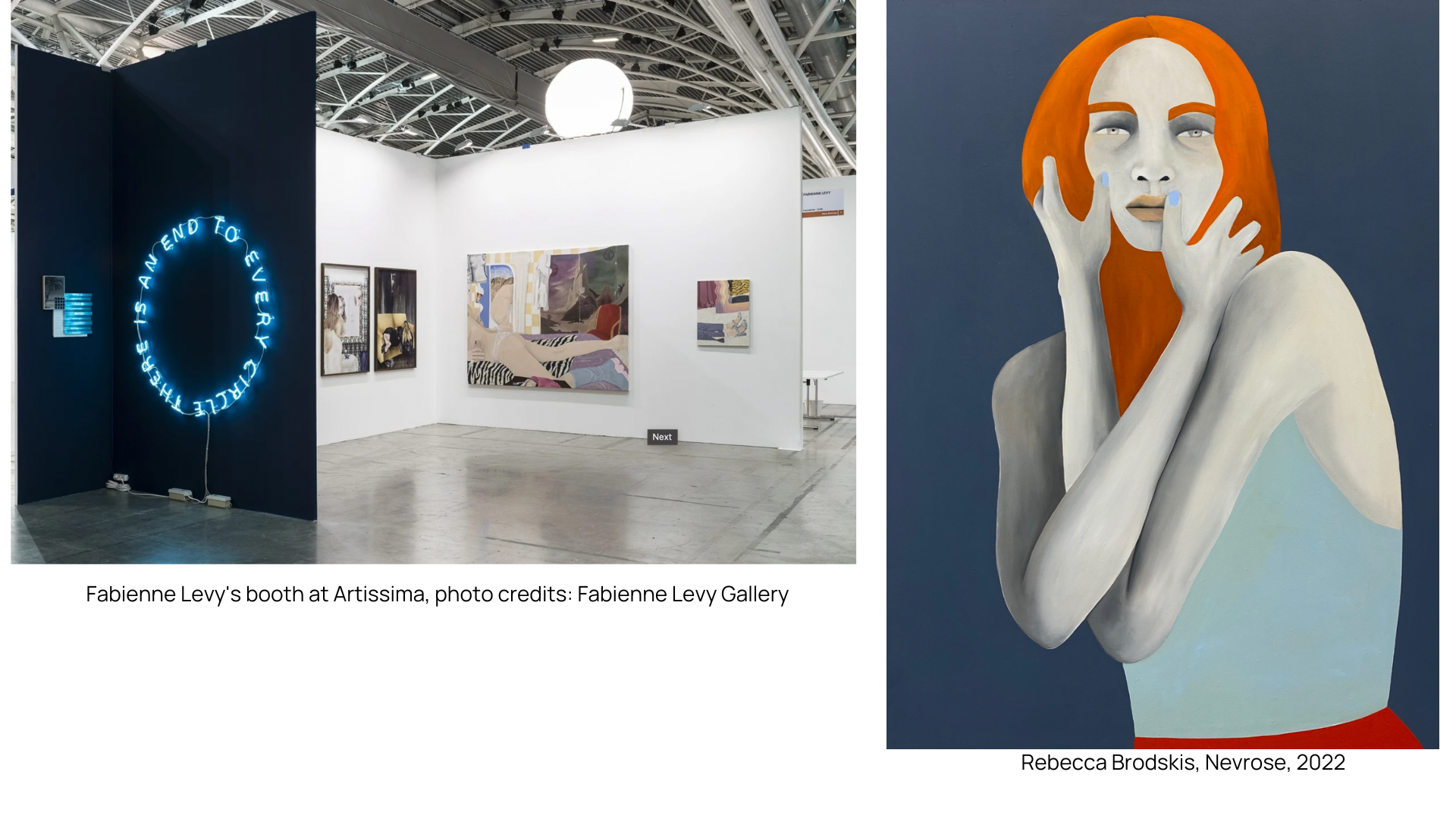 The solo booth “You Travel in Your Own Storm” with works by Emma Talbot deserved some resonance. After winning the Max Mara Art Prize, taking part at the Venice Biennale and having a solo show at Collezione Maramotti (on until February), her Artissima selection is just as promising. 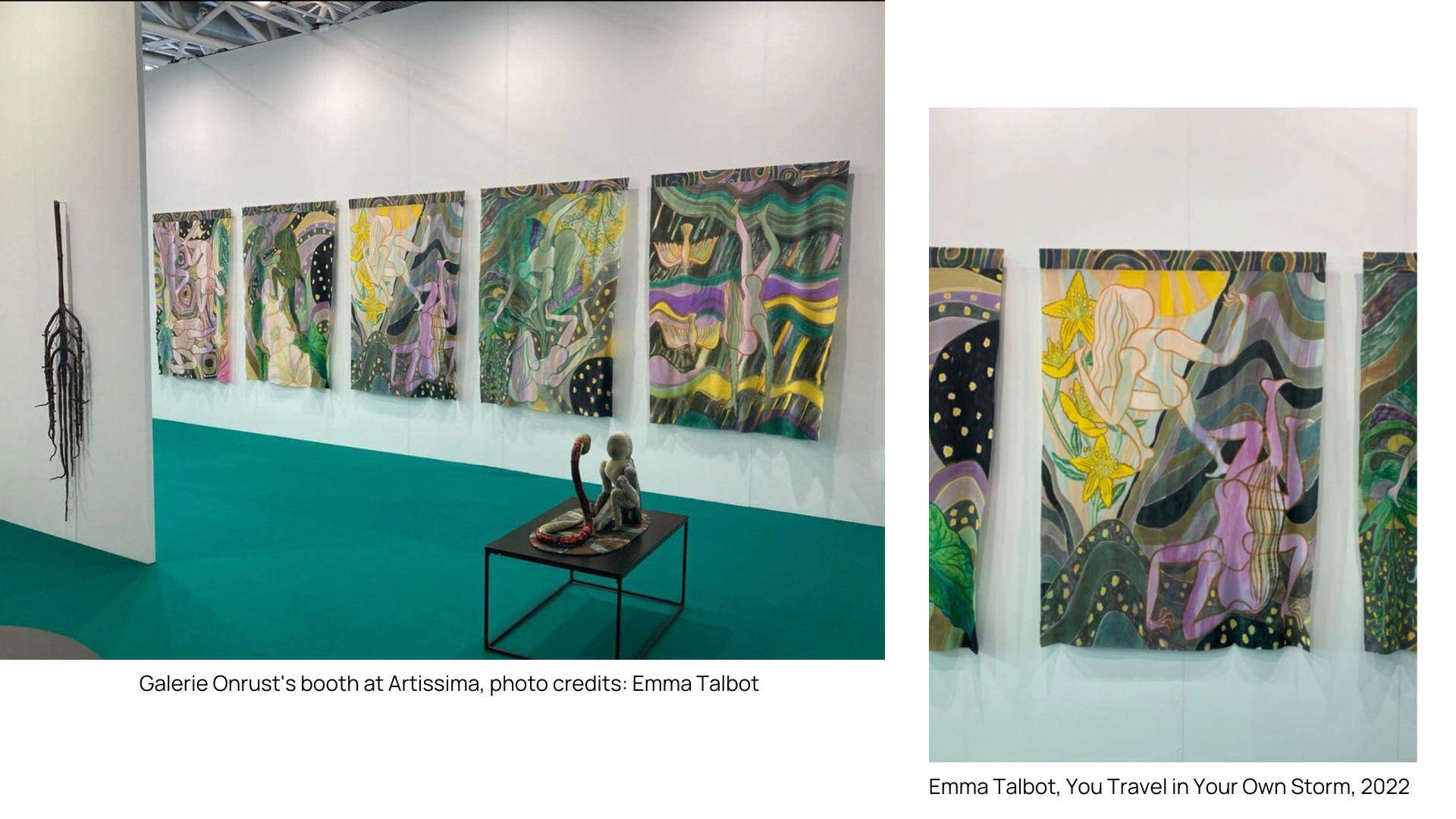 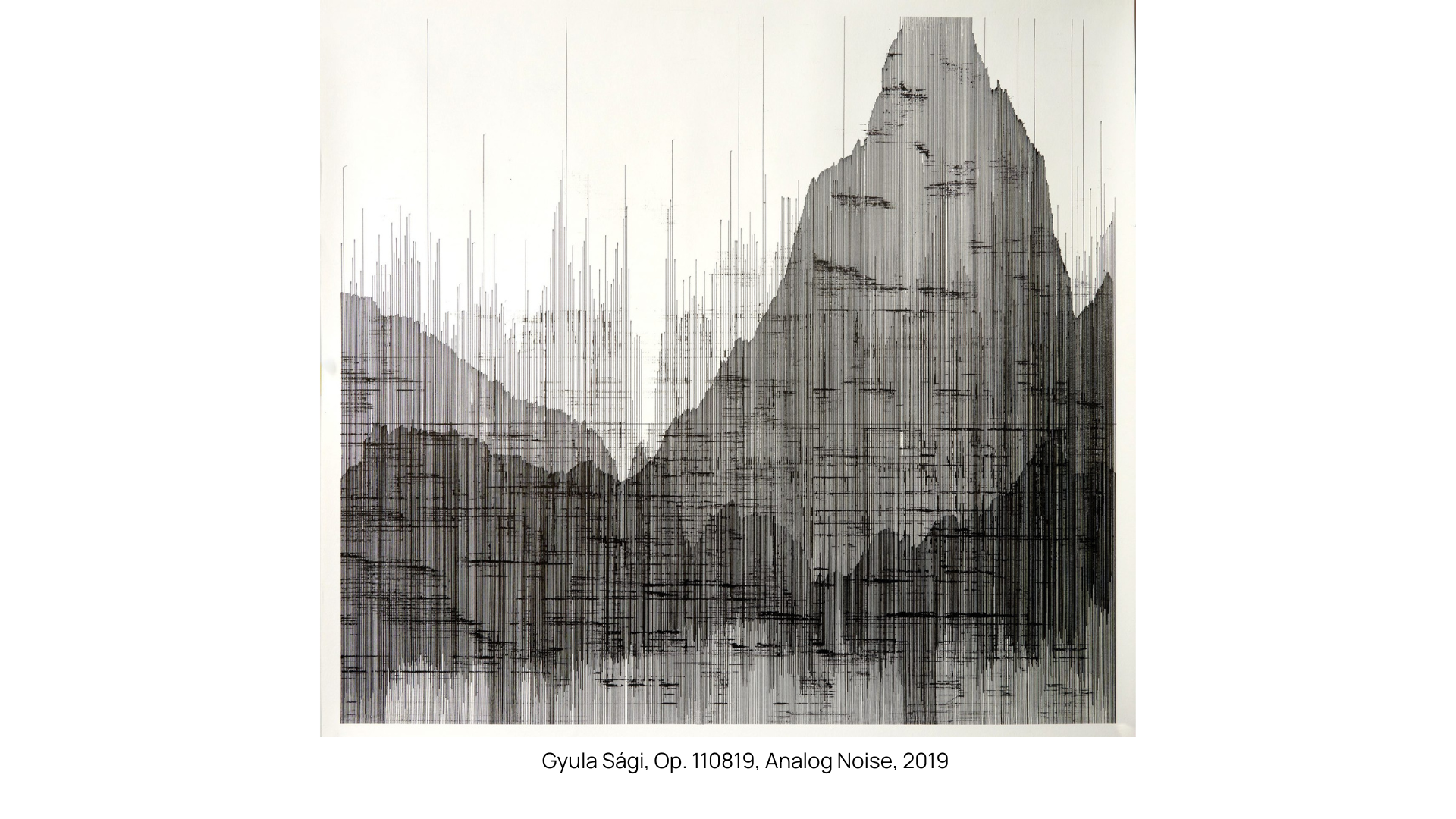 Patrick Heide takes pride in presenting works on paper, and in this edition, the gallery showcases the mesmerising watercolours of Barbara Nicholls. Inspired by nature, they recall water flows, bridges across rivers, and the visual echo of the world we inhabit. 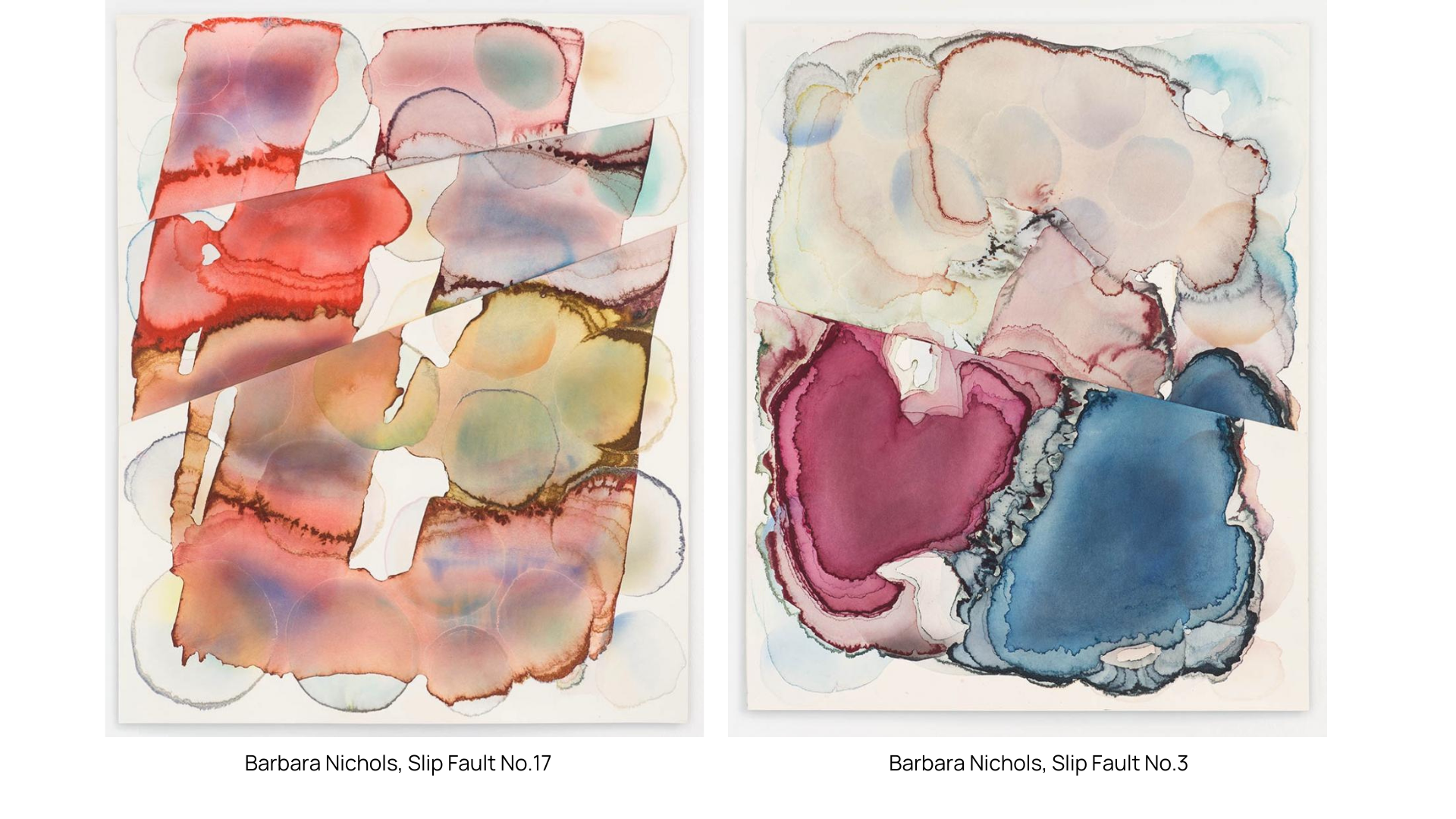 She takes the art world by storm, and Mazzoleni Gallery is always there to foster her path. We Rise by Lifting Others is an invitation to reflect on the meaning of community and human bonds in society today. 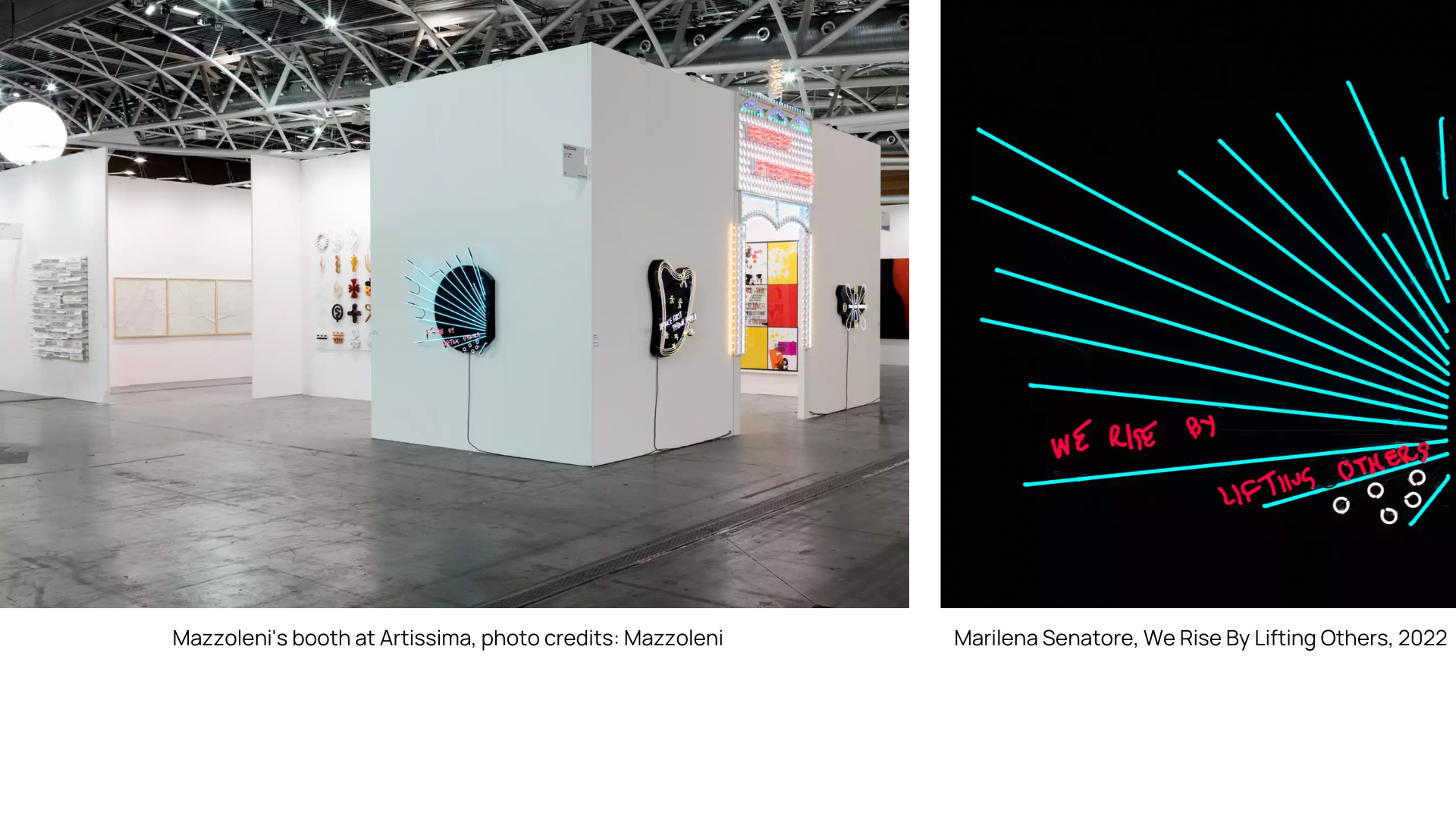 Artist Viola Yeşiltaç investigates the consequences of temporal and material transformation through performances, drawings, sculptures and photographs. This seemingly old fashioned television displays a seemingly storm above the sea. Sky and ocean become one, and the line in between blurs until vanishing. 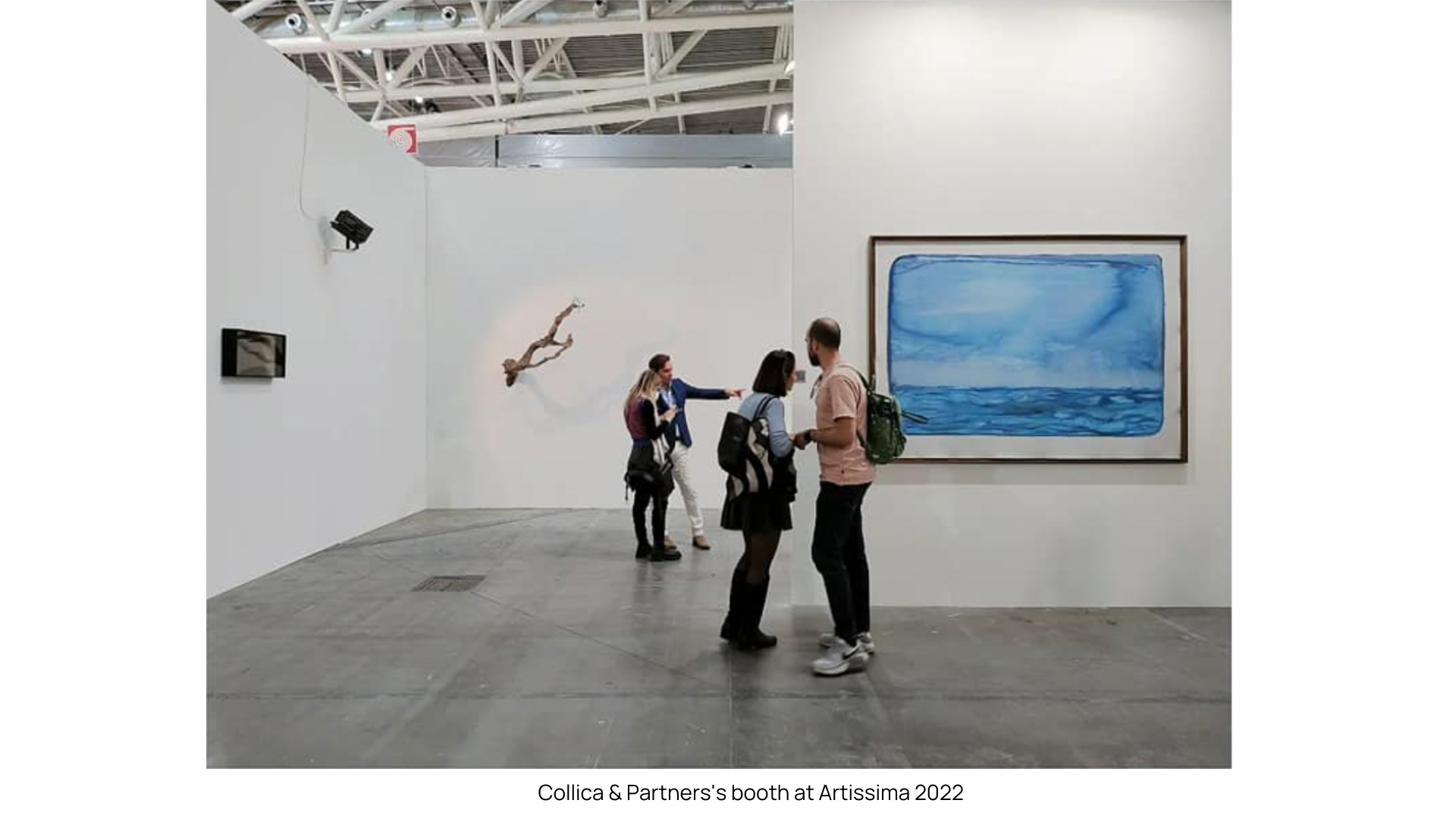 Moses’ artworks speak loudly; they reclaim freedom and appear as a break free from daily habits and routines. In his canvases, a multitude of narratives exist and it is expressed through layers of cartoon-like depictions. 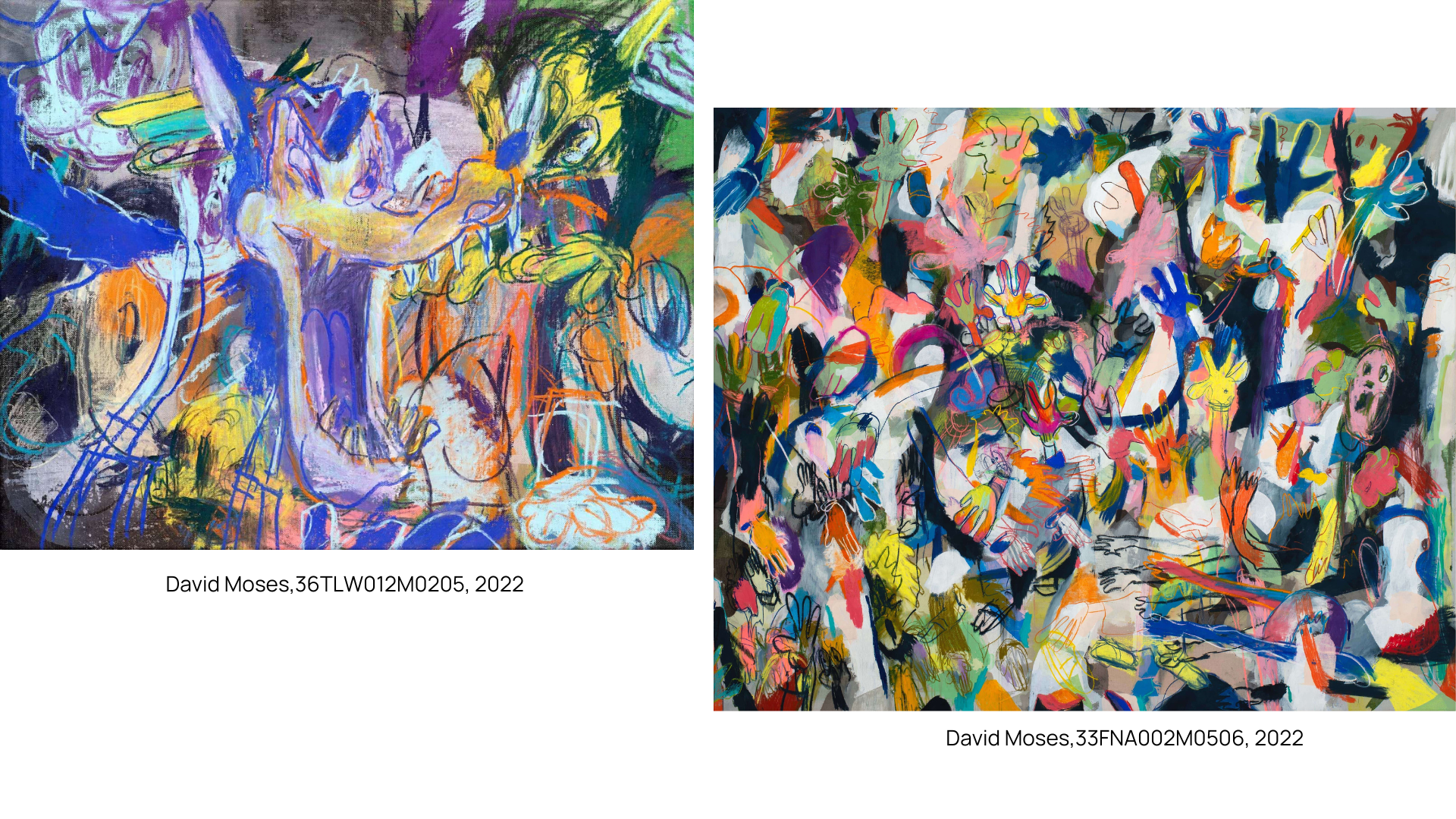