Whether you are new to the artworld or a seasoned collector, art collecting is a subjective experience. There are various different reasons to start a collection. Some collect art to support an emerging artist, join a community, preserve history, pass on a legacy or as a response to their emotions. Whatever the reason, art collecting often comes down to investing.

We pride ourselves on helping collectors build with ease a quality art portfolio.

Here are 4 artworks from our marketplace to diversify your art collection. 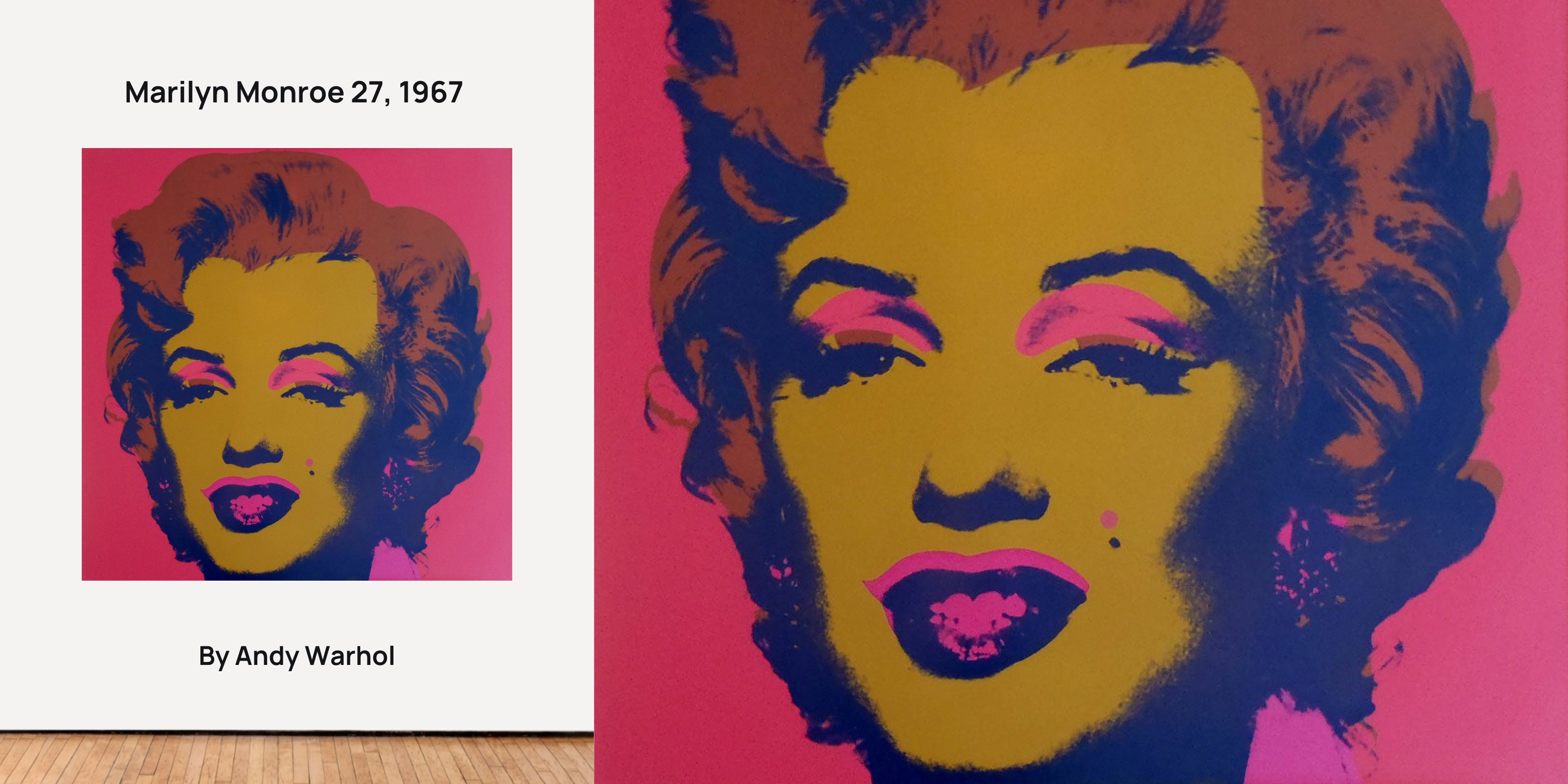 Marilyn Monroe (Marilyn)(FS II.27) is part of a series of 250 screenprints.  Even though Marylin is depicted flawless and untouched, her attentive gaze is melancholy - the outcome of hard times, heavy personal traumas, and booming success altogether. A sense of unease and concealed despair ripples through the screenprint. Although existing in repeated series, each portrait is suggestive and psychologically charged.

Marilyn, the perfect symbol of Hollywood fame, beauty, and glamour, is presented in high-contrast vibrant colours. The screening technique was an integral part of Andy Warhol’s style. It mainly involved several screen prints and applications of colour over the canvas, where all the stencilled out area would remain uncoloured. The process was repeated over and over with different stencil shapes and diverse colours until the canvas was fully saturated. According to Warhol: “The more you look at the same exact thing, the more the meaning goes away, and the better and emptier you feel."

Warhol’s representations of Marilyn mark a milestone in pop art. Obsessed with celebrities and pop culture the artist drew inspiration from his surroundings in a consistent attempt to comment on mass production and consumption. Fascinated by the idea of Marilyn as a star, the artist referred to a society in which individuals - especially stars - were seen as mere products rather than human beings.  With Marilyn Monroe 27, Warhol captures the essence of his society’s desire, and projects the American ideal back to us.

The screenprint was last auctioned at Christie’s and showcased by museums such as Tate, MoMa, and SFMOMA, alongside many contemporary galleries.

2 Jacopo del Bello, The Unfamiliar Between Two Places I know by Aleph Contemporary 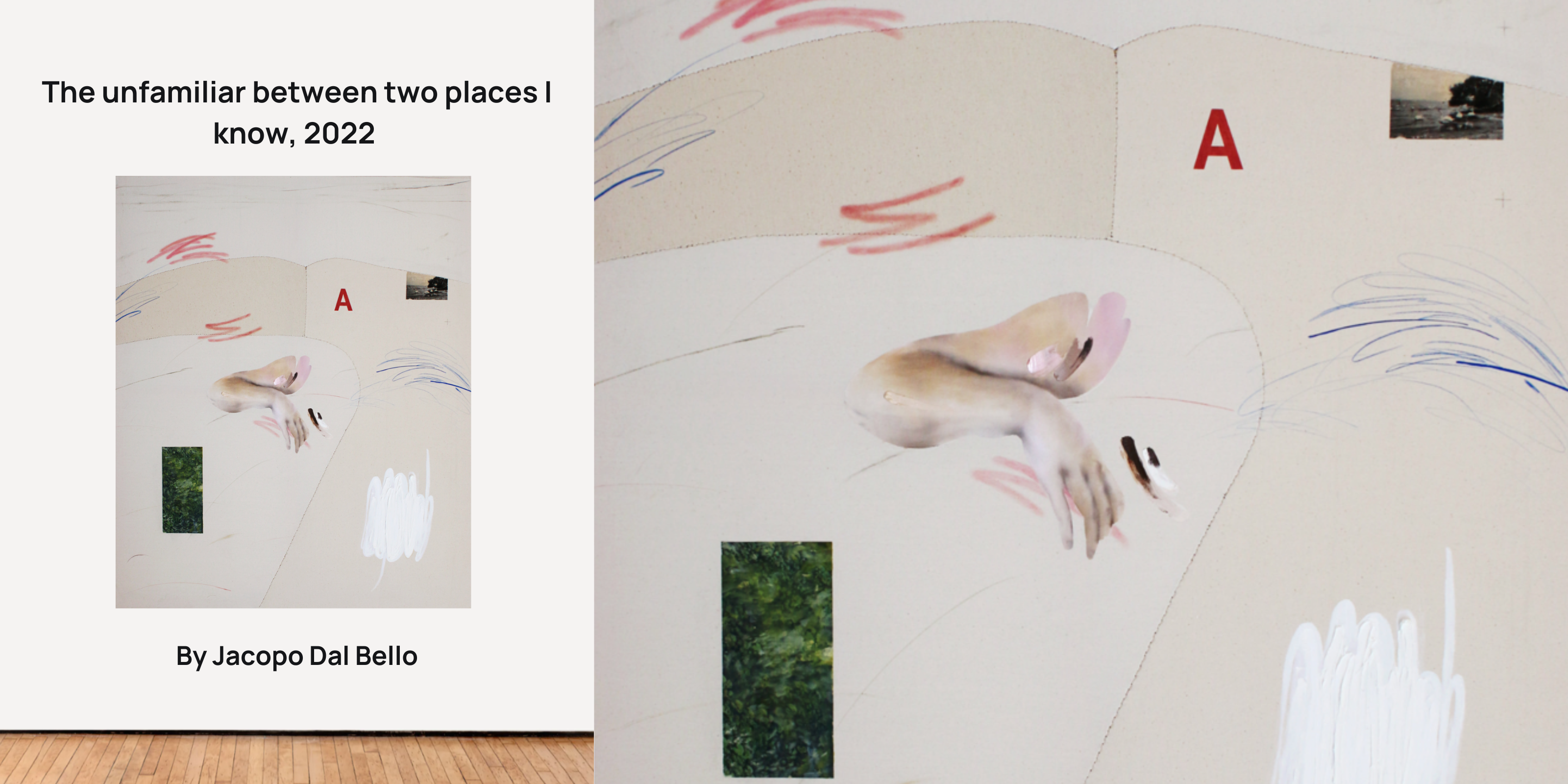 Unlike the title, the more one stares at the work of Jacopo, the more it becomes weirdly familiar.

A solo red letter ‘A’ dangles above a reclining figure whose face and lower body are absent. Quick colourful sketches pair a still life and a close-up of nature, rendering a collage effect. The painting exudes mixed feelings between two known places - where the unfamiliar is. The oeuvre leaves room for the viewer’s imagination to decipher. The canvas presents a complex meaning of beauty, evoking memories and personal narratives, but also equilibriums and imbalances.

Berlin-based artist Jacopo Dal Bello plays with layers of visual and cognitive language on canvas. Through images and words, he enhances self-questioning and self-doubts.Inspired by Arte Povera, each element in his works has a precise meaning; nothing is left unplanned. Although visually disconnected, every object helps convey the overall tale.

The work is available by Aleph Contemporary, a London-based gallery founded in 2019. The gallery champions contemporary paintings and works on paper from diverse, multigenerational, and award-winning artists. Besides the physical space and many art fairs, the gallery presents well-curated online viewing rooms. 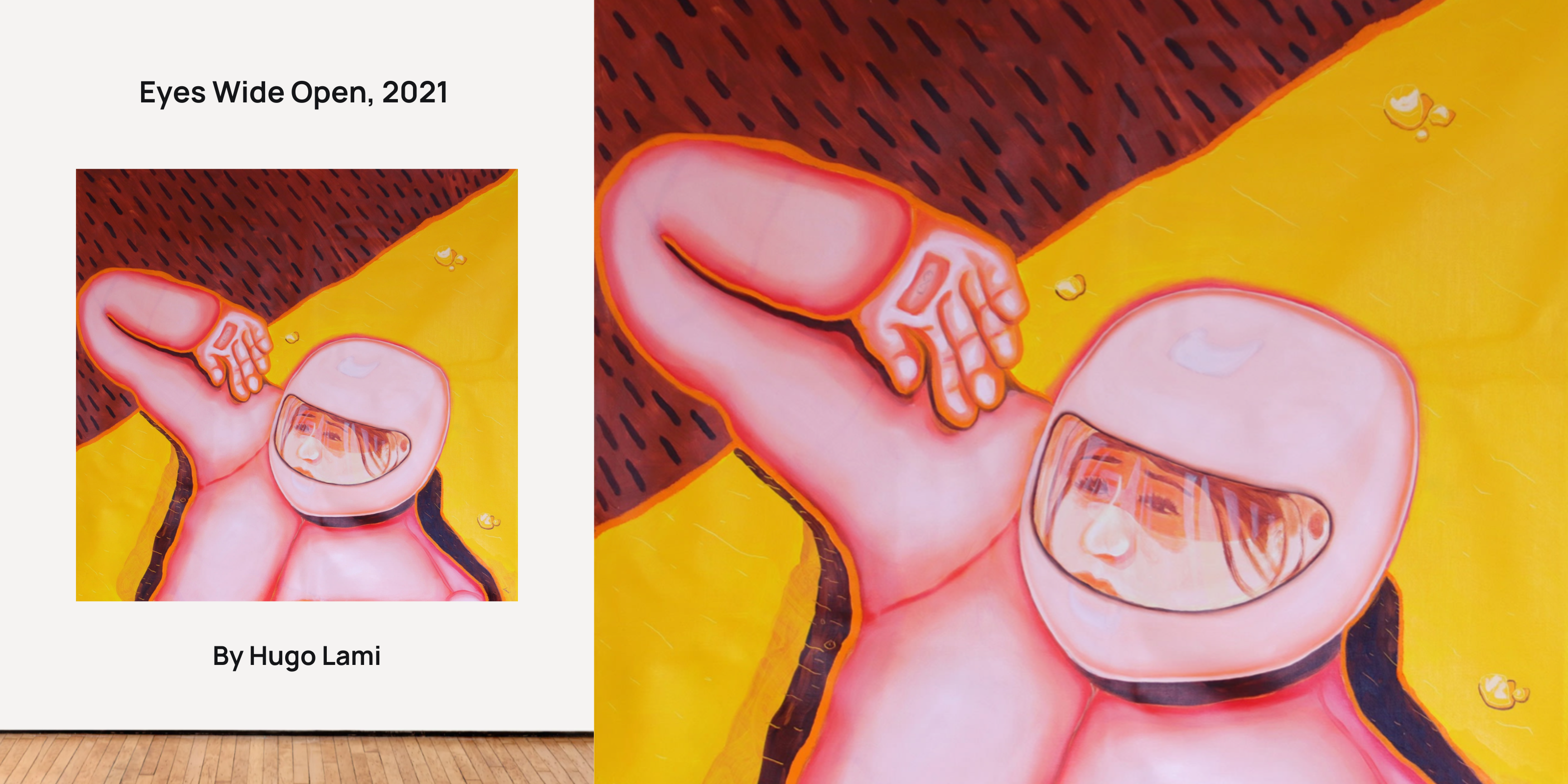 Hugo Lami’s artwork displays the embodiment of awakening. Beams of sun cover the subject’s face as she shies away from light. Her eyes are not yet wide open, but the beams on the left call for awakening from an unconscious state of being.

Hugo Lami uses his artworks as a means of investigating the present; “I research the impact of technology in our society, firstly to keep myself attached to reality, but with the purpose of hopefully reminding people that the devices we use are tools and that they must be used by us, rather than let ourselves be used by them.” - Hugo Lami

TSIVRIKOS SHAKE was born from the owners' shared desire to reimagine the role and presence of art galleries in the market. The gallery wants to demystify the complexity of the art market by guiding collectors within a safe environment. 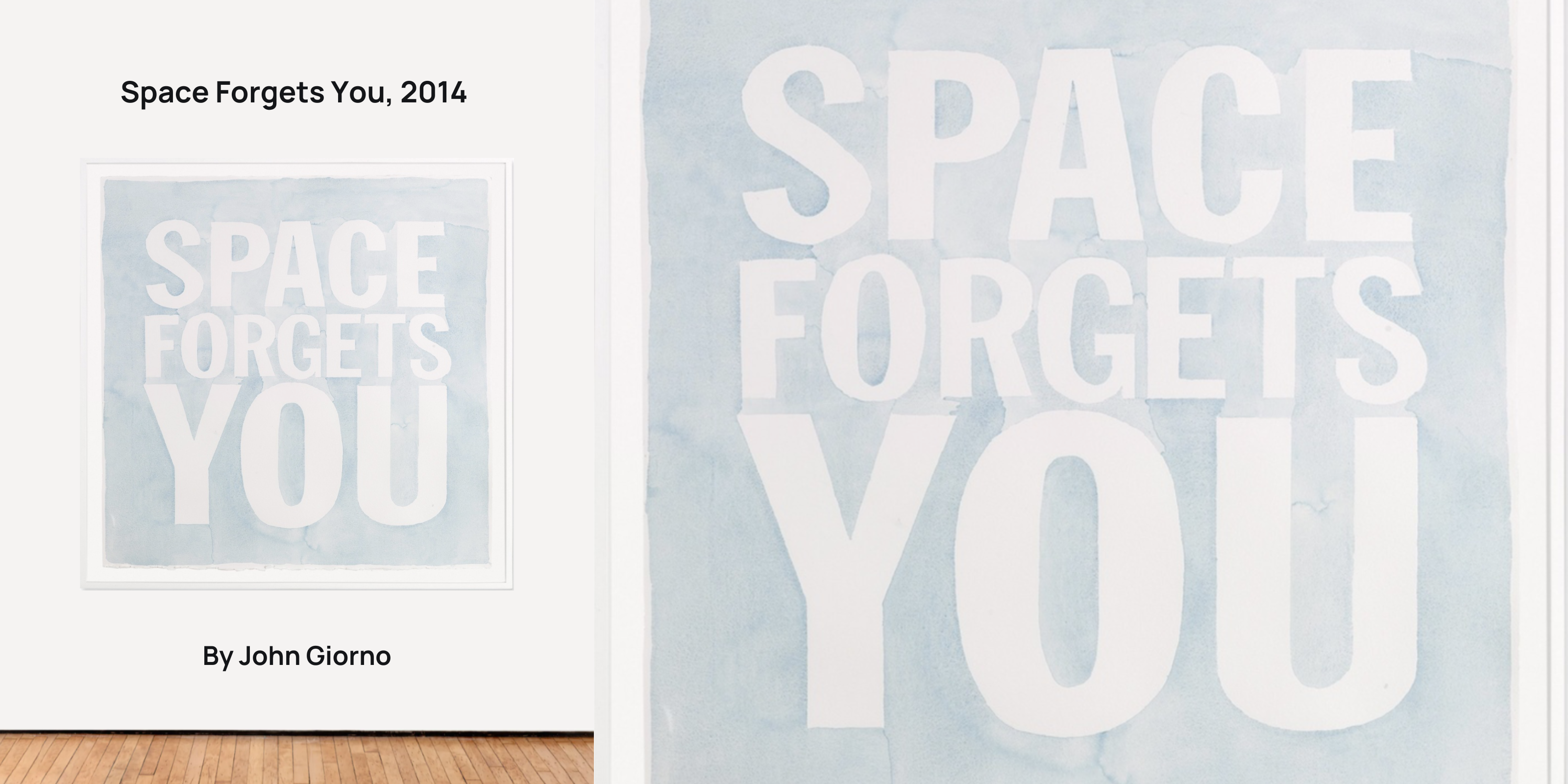 Hailing from New York, John Giorno lived during the Big Apple’s roaring cultural season, that of Pop Art and the Beat Generation. By 1963 John Giorno was an active part of this generation, also starring in Andy Warhol’s eight-hour film Sleep.

Unparalleled poet, he would express everything in a few simple words. “I'm giving out energy, and I'm holding up a mirror to their minds. It's not me they're looking at - it's into their own minds. That's what a great poem is.”  - John Giorno

Eating the Sky, You Got to Burn to Shine, and Space Forgets You,  are just some of the renowned statements of John Giorno. Space Forgets You is also the title for the artist's first exhibition with Galerie Eva Presenhuber. The artwork seems to be fading at any time, just like the space that forgets the subject You. Subtle watercolour fills the paper, and the white letters are the only still element. The message is concise and clear.

This particular watercolour was auctioned at Sotheby’s in 2019 and is now the property of Artificial Gallery, London.

Specialising in art and design, Artificial Gallery has been over three decades an invaluable resource for international collectors. The gallery is London-based, with two new locations coming soon in the British capital.