At the beginning of January 2023, Louis Vuitton launched the first drop from their latest collaboration with Yayoi Kusama. The "Creating Infinity" collection of over 450 bags, perfumes, accessories and shoes is the second project put together by the Japanese pop artist and French fashion house. This second project comes just over a decade after their first collaboration, which was conducted under Marc Jacobs as Vuitton’s Creative Director and coincided with Kusama’s 2012 retrospective at the Whitney Museum.

"Creating Infinity" has gone all-in for social-media-friendly marketing. In the windows of Vuitton’s Fifth Avenue store, an animatronic mannequin of the artist (with trademark bob and smock dress) can be seen painting dots onto the shop windows. In the Parisian HQ of Vuitton, an enormous sculpture of Kusama hangs on the exterior walls. Model of the Moment Bella Hadid stars in the adverts for the release, adding to the hype. 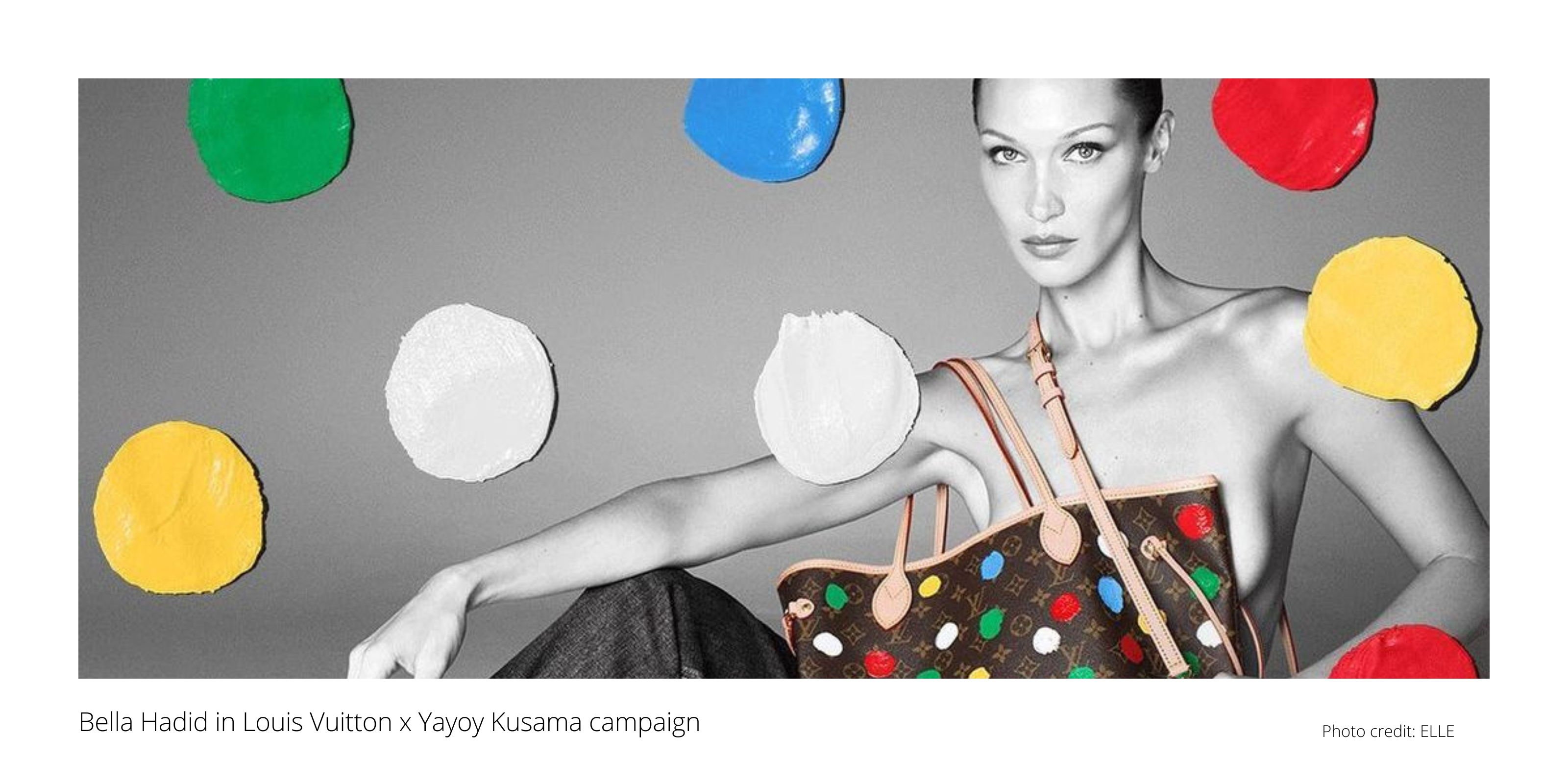 Any large-scale brand collaboration is sure to garner both praise and criticism, but this Kusama/Vuitton release has art lovers feeling more than just critical but deeply concerned.

Concerns About The Collaboration

Use of Kusama’s Image

Kusama’s face and body have been used as a key selling point of this project. Curator and broadcaster Carrie Scott took to Instagram to express her concern about this, saying in a Reel that the collaboration is “objectifying and commodifying an Asian woman’s body”. The robotics used for promotion, as mentioned by Scott, are little more than shop mannequins. Others have criticised that the image of Kusama used to promote this collaboration is potentially ageist as it is not an accurate portrayal of the real age of the 93-year-old artist. 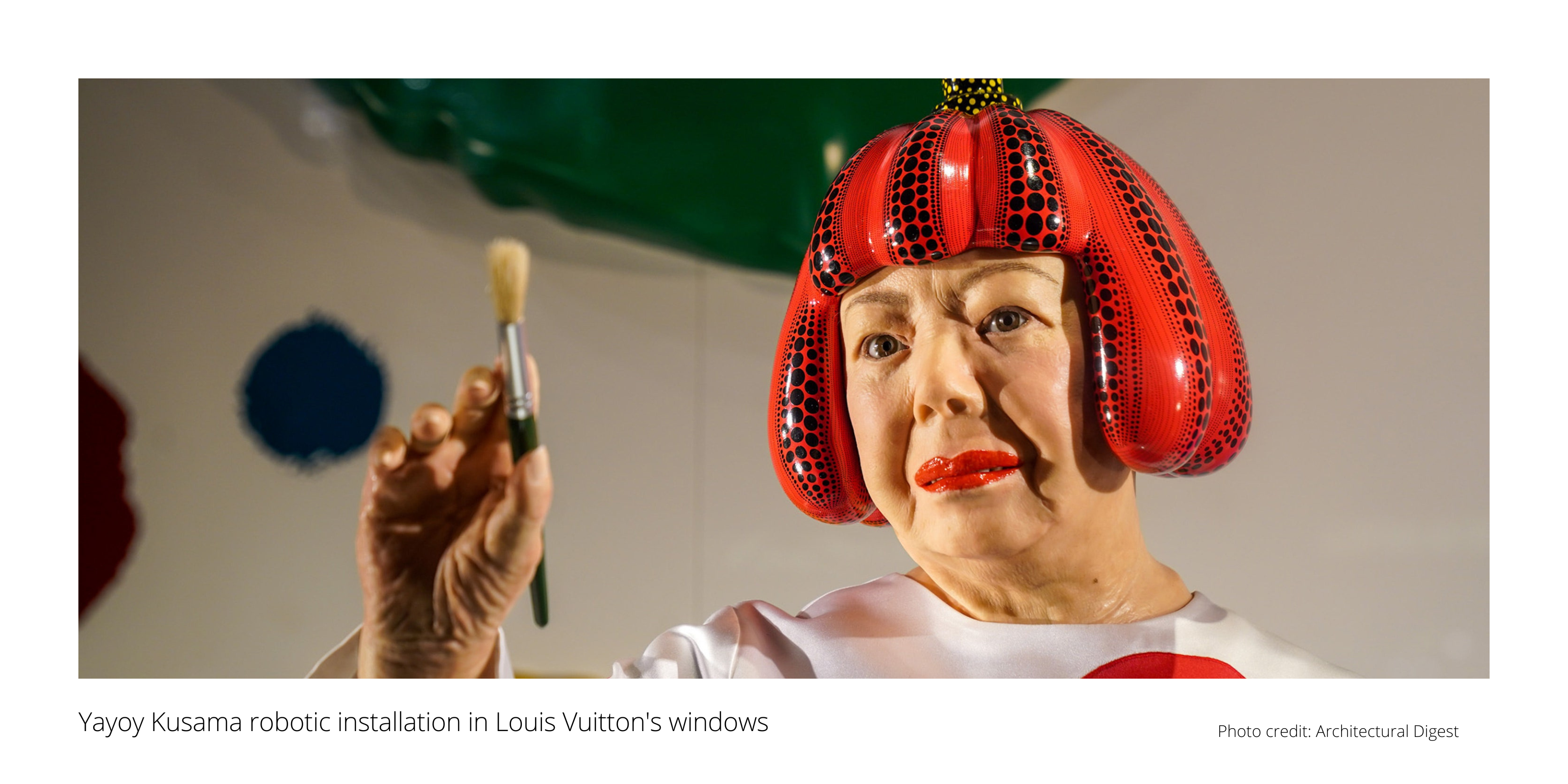 ‘Creating Infinity’ has been deemed distastefully commercial by some, particularly the marketing surrounding the multimillion-dollar launch. In London’s Harrods, punters can buy pastries decorated with Kusama’s iconic dots and the Vuitton website also hosts a series of mini-games that revolve around the artist’s designs. Given that the 2012 collaboration was one of the most successful collaborations in Vuitton’s history, for some this new project seems like an obvious money grab from the fashion house.

Kusama has voluntarily lived in a Japanese psychiatric hospital following a suicide attempt in the 1970s. Since childhood, she has suffered from ill mental health and acute hallucinations (which are believed to be the inspiration for her love of repeated dot patterns). Questions have been raised about the real involvement and consent from Kusama on this project. Besides her health, the age of the artist also begs us to ask, why now? Satirist Jerry Gogosian took to their Instagram story to ask why “pumping out a line of handbags” would be a priority for the nonagenarian. 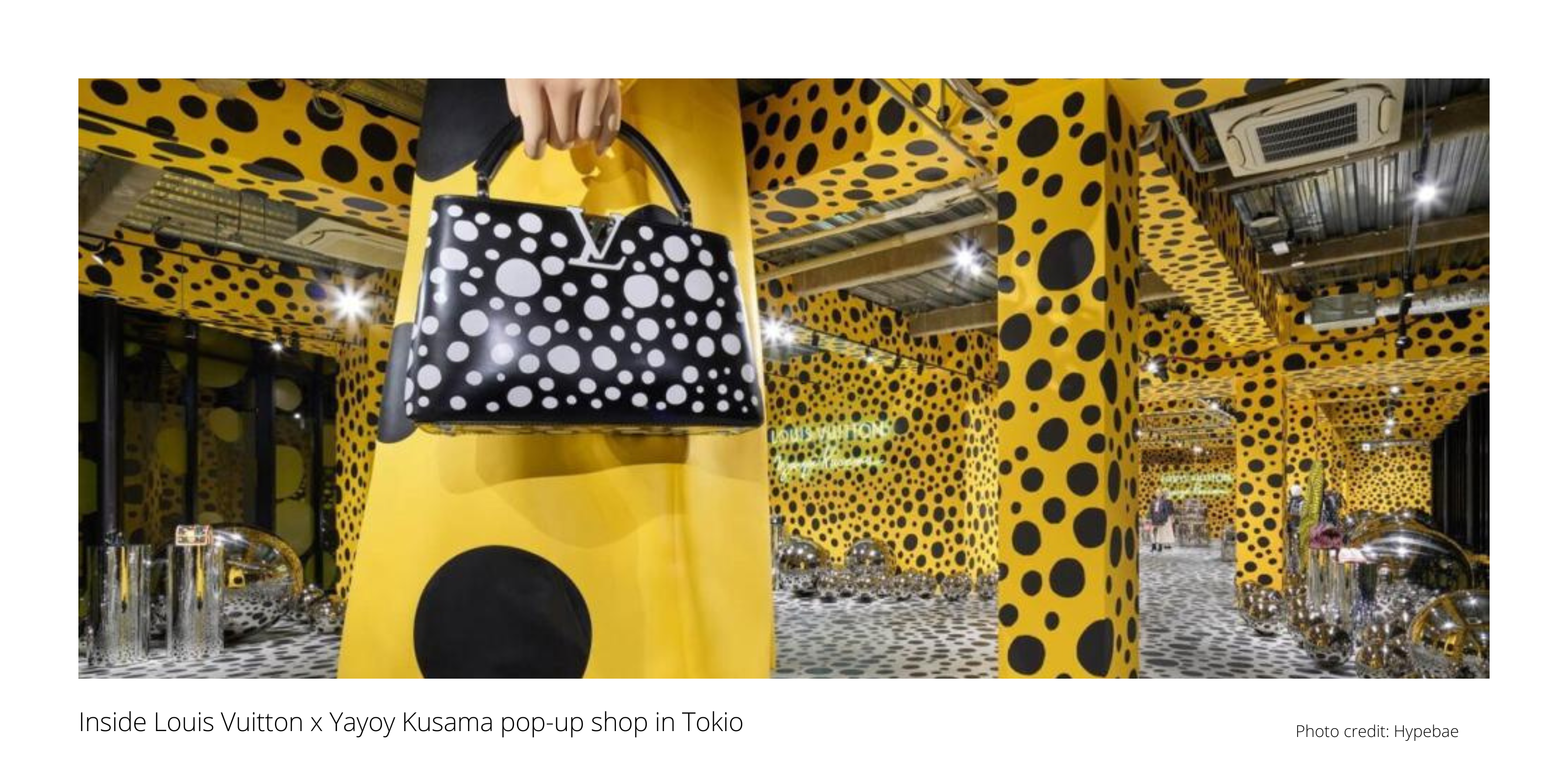 Praise for the Collaboration

A Popular Moment for Kusama

This collaboration comes at a heady time for the artist. She has a retrospective at Hong Kong’s M+Museum, a blockbuster exhibition of her ‘Infinity Mirror Rooms’ in London’s Tate Modern, as well as shows in many major cities around the globe including Singapore, Shanghai, Doha and Adelaide.

Some have dismissed worries about Kusama’s seeming ‘silence’ on this collaboration, given that she recently gave encouraging comments in an interview included in her Thames & Hudson - published catalogue created to accompany her M+ Museum show. In the interview, she explains that she does not “feel the difference between my earlier creation and now. I never run out of ideas so I shall continue to show new things”. 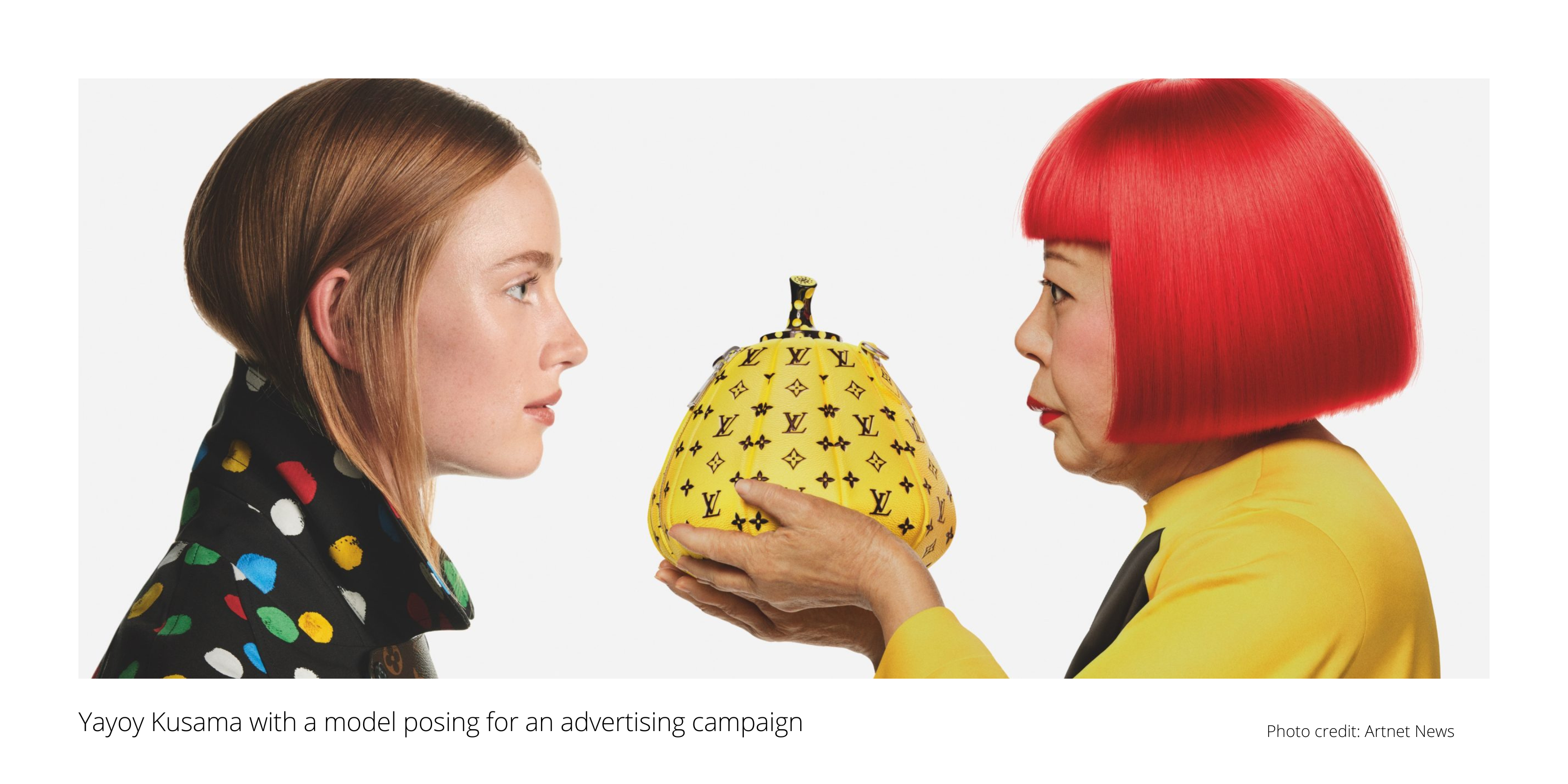 This January, Artscapy is teaming up with London Art Fair as LAF’s Digital Partner.

Happy Holidays from the Founders

What to Consider Before You Buy Artwork

How to Choose an Artist to Collect

Art Shows to See around the UK

Art News of the Month