Halfway through the year, isn't that crazy? The sixth month of the year was certainly not a disappointment for the art world. Perhaps you managed to add some fantastic artwork to your collection. We surely did add some cool artists to our artists' radar throughout June, and we already have a few others for July (check them out!). Meanwhile, we wanted to do a round-up of the most successful artists throughout June sales. 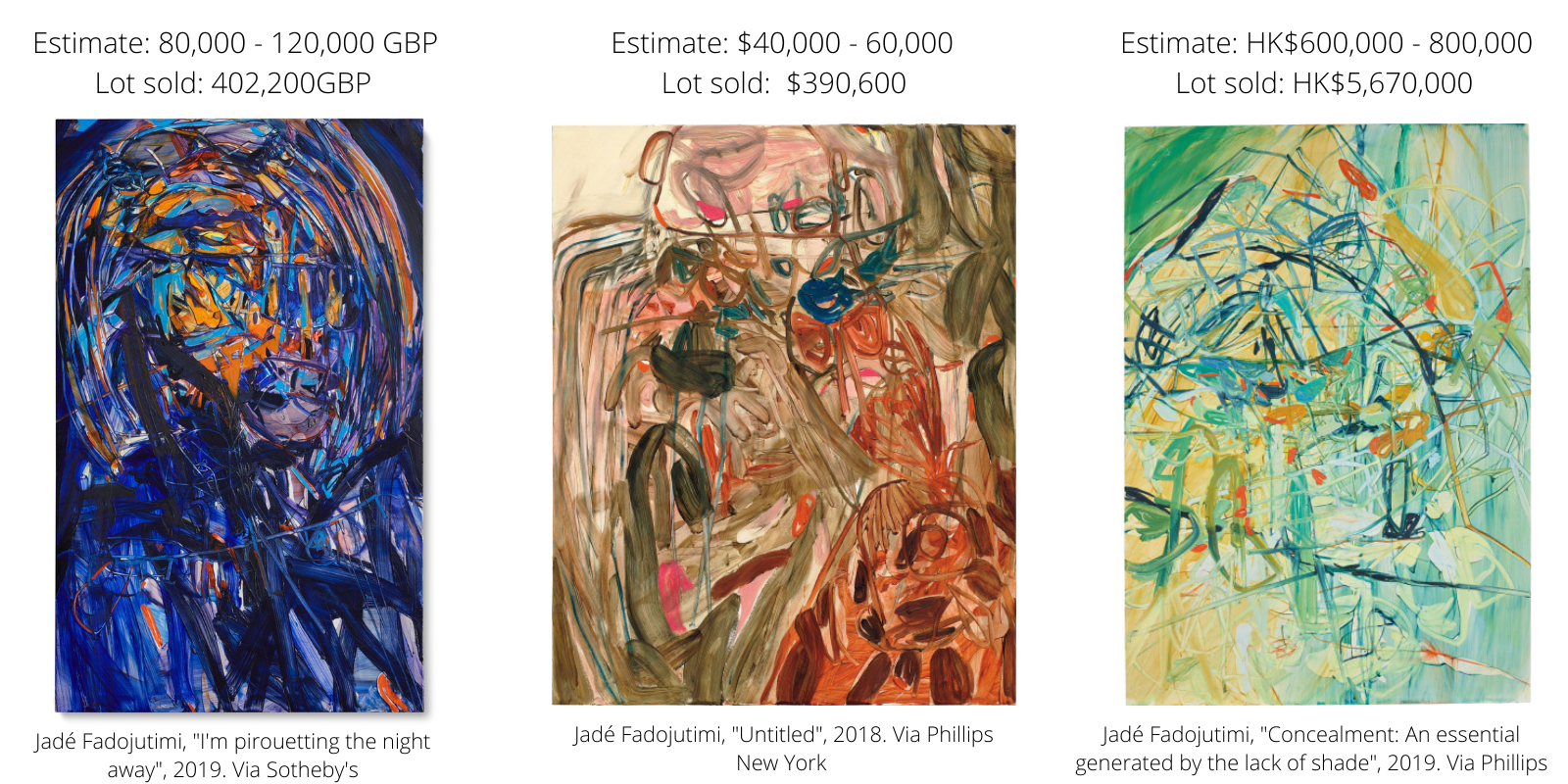 If you haven't heard about her, you may want to peek through her practice and works: Jadé Fadojutimi. The Royal College of Art 2017 graduate has seen her popularity rising exponentially in the past year. The youngest artist in the Tate collection has recently had her first big auction sale at Sotheby's and Phillips (New York and Hong Kong). The three paintings sold for almost five times more than their highest estimate. Fadojutimi works feel energetic and colourful, creating a pleasurable experience for the viewer. Her work primes for a fresh retake on abstraction, as she tries to portrait raw emotions through poetic compositions. We will soon have a full article just about Fadojutimi’s practice - stay tuned! 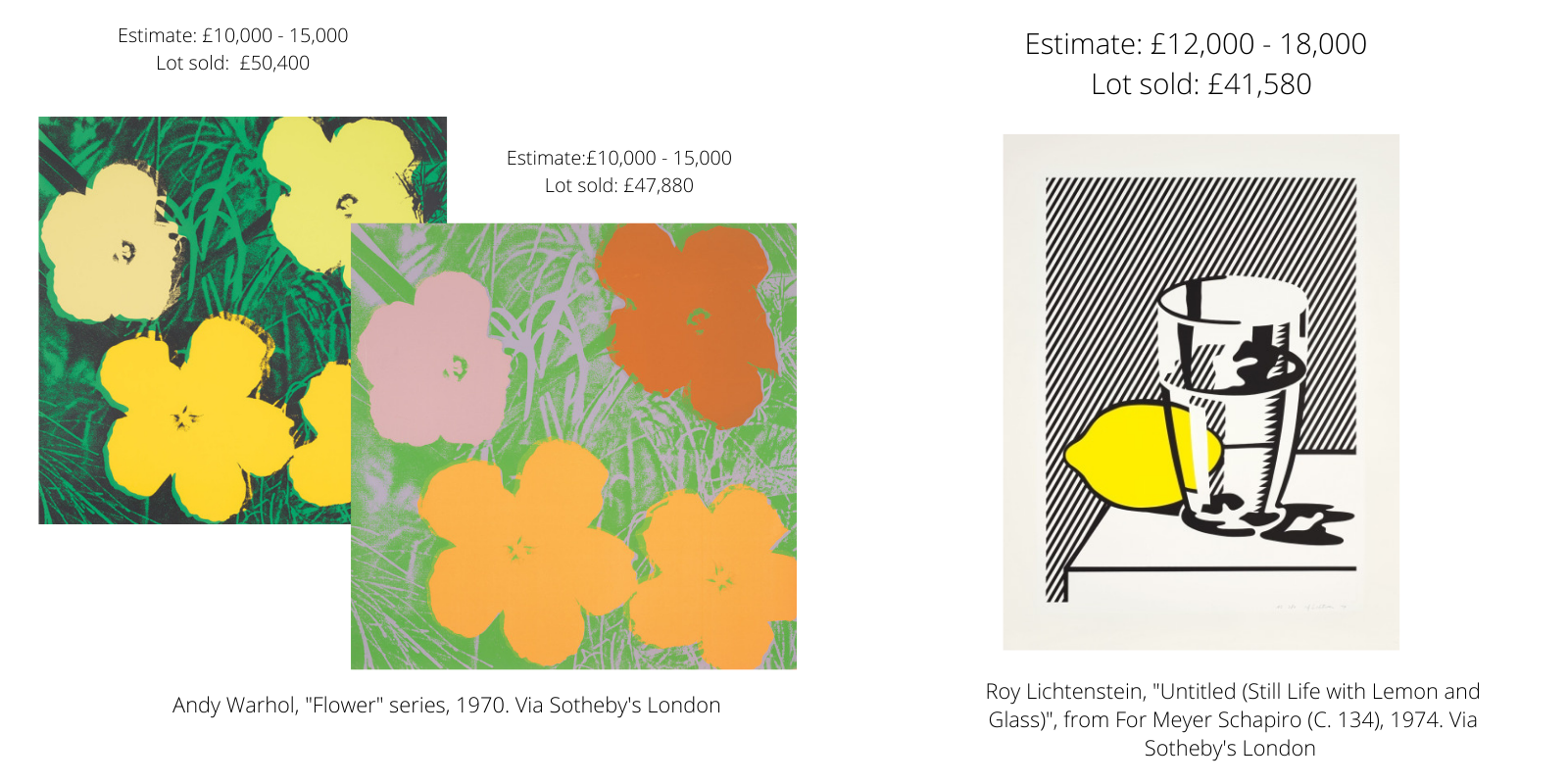 It seems like London is Pop-Art obsessed right now. Can you relate? Both Andy Warhol and Roy Lichtenstein were the most celebrated names on auction at Phillips "Evening and Day Editions" on the 14th-15th June in London. Most of their lots sold for higher than expected, which is impressive, especially if you are one of those art lovers who think Pop-Art is out of trend. Clearly, it is not! Pop-art is an art style that can bring some happiness into Londoners homes. It is a lovely spring feeling to compensate for these rainy days. Do you agree? We think that whoever took Warhol's famous "Flower" series home is well happy. And, indeed, we envy you! 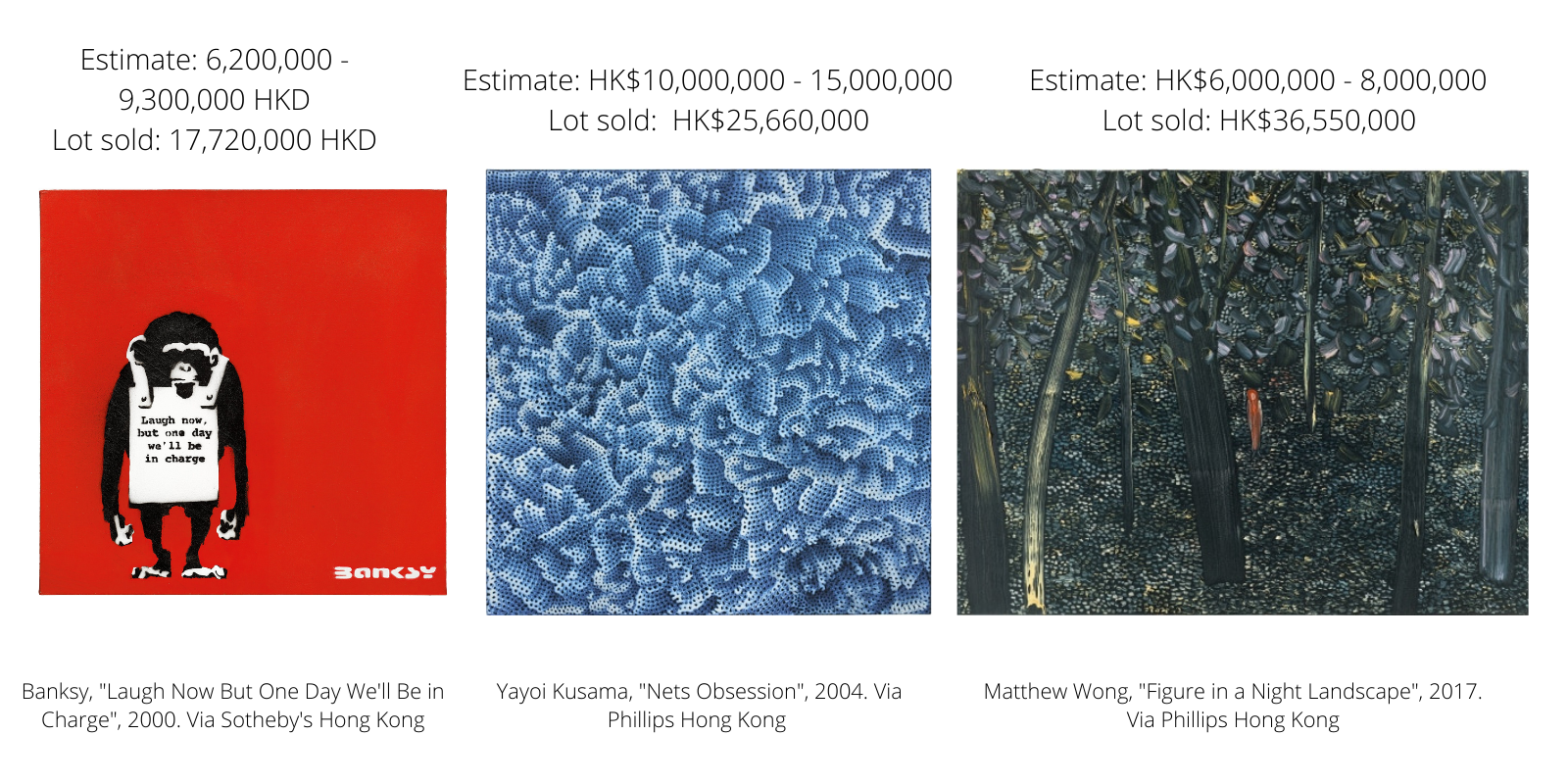 Hong Kong sales have been under everyone's watch as the art market has been growing remarkably. Asian art collectors are becoming increasingly interested in western art, which is a trend that only seems to be gaining momentum. The past few months, we have been seeing Basquiat and Picasso leading the record sales. But June has proved to have a slight twist to it! Although Basquiat and Picasso had the highest estimate prices, these were not ultimately the most impressive sales. This month seemed to be about Banksy, Kusama and Matthew Wong who all crushed their highest estimates.

Banksy’s iconic monkey, "Laugh Now But One Day We'll Be in Charge" (2000), sold at Sotheby's Hong Kong for an impressive 17,720,000 HKD over its estimate of 9.3m HKD. As for Kusama, her beautiful and, also one of the most recent, blue net paintings titled "Nets Obsession" (2004) sold for almost double its highest estimate at Phillips on the 8th of June. If you are impressed by these, what if we told you that Matthew Wong's "Figure in a Night Landscape" sold for almost five times more than expected. Incredible, right?

Why do you think Matthew Wong's painting was such a successful sale? Wong died in October 2019, and we believe this may have impacted the sale. Also, Wong was half Chinese, half Canadian, which might explain his success in Hong Kong sales.

Do you agree that artists rise in price, and sometimes also admiration,  after their death? Or is it just a coincidence?