Wohoo! You made it to our third article from our ‘Explained: Prints, Multiples, Editions and Offset Prints’ guide - and this time it is all about ‘Editions’! Have you come across this term before? Do you know what it means? Well, we are here to clear the way for you! In the previous two articles we took a good look at the terms ‘Prints’ and ‘Multiples’ and in this one we explore all the technicalities and  terms used when discussing  an ‘Edition’, what these mean for its monetary value and why they are important.

What is an ‘edition’?

Considering that the term ‘print’ or ‘multiple’ can be used to refer to each of the individual copies made, an ‘edition’ is the term used when describing the complete set of all ‘print’ or ‘multiple’ examples created within a single  given series. It’s important to note that the term ‘edition’ is not restricted to just the two-dimensional  print types outlined in our previous article, for example, ‘edition’ can also be used to describe a series of a sculpture, a photograph, or even a video.

Editions exist in one of two forms: ‘limited’ or ‘unlimited’. If limited, this means the artist has already decided on the total number of prints to create before beginning the printing process, and that amount is then fixed and won’t change with time. However, if the edition is unlimited, the number of prints in the edition do not have a set limit,  and so the artist can always choose to continue  printing from this same edition at any point in the future, according to demand. 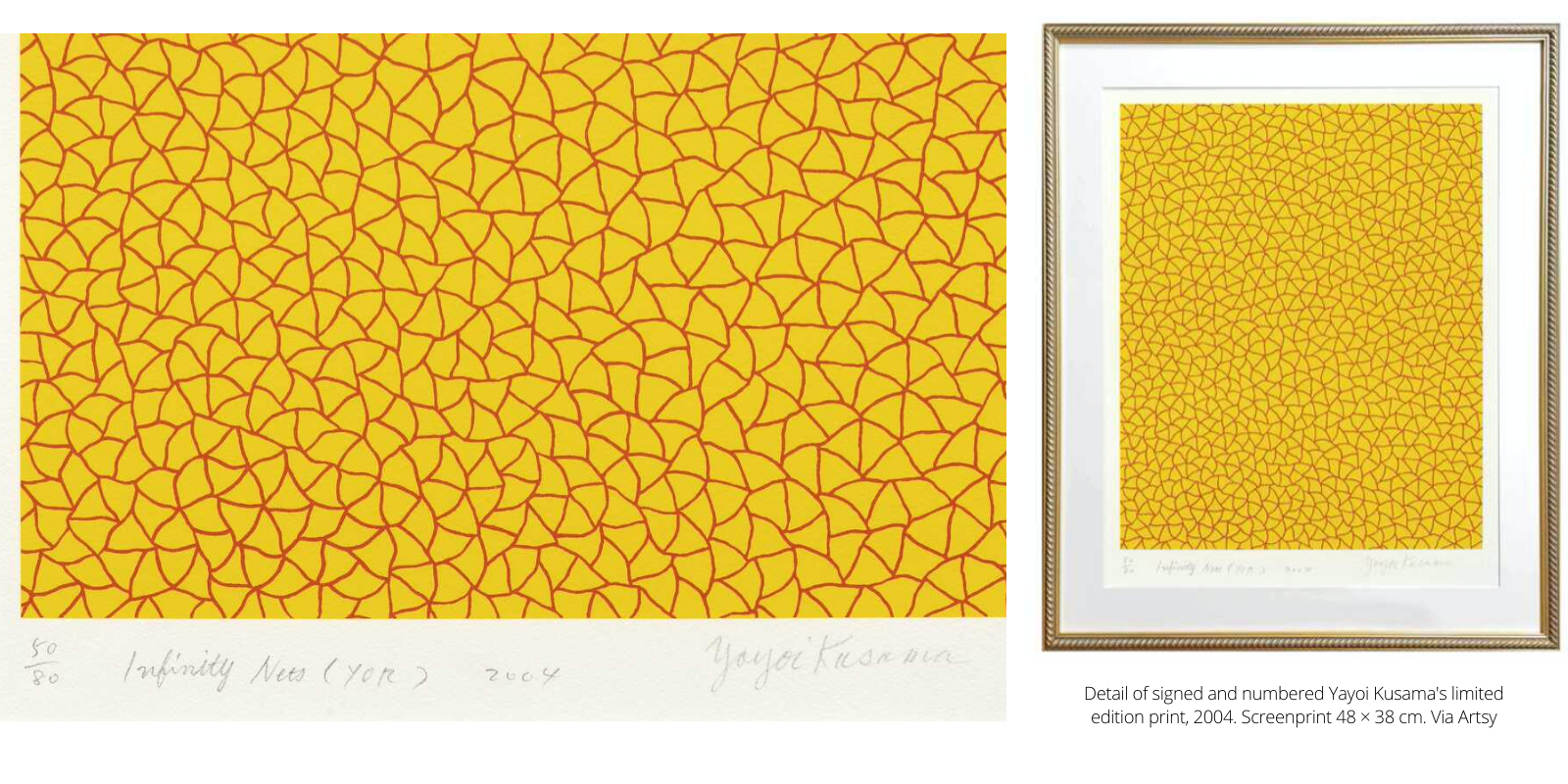 Editions are normally signed and numbered - for example, if you find the mark ‘1/25’ on a print, it would mean that the particular print you are looking at was the first print of a limited edition set of 25. When an artist and their team chooses to house a set of prints within an edition it can often be a strategic decision made in order to highlight the scarcity of a certain design to collectors (and therefore often demanding a higher value!) 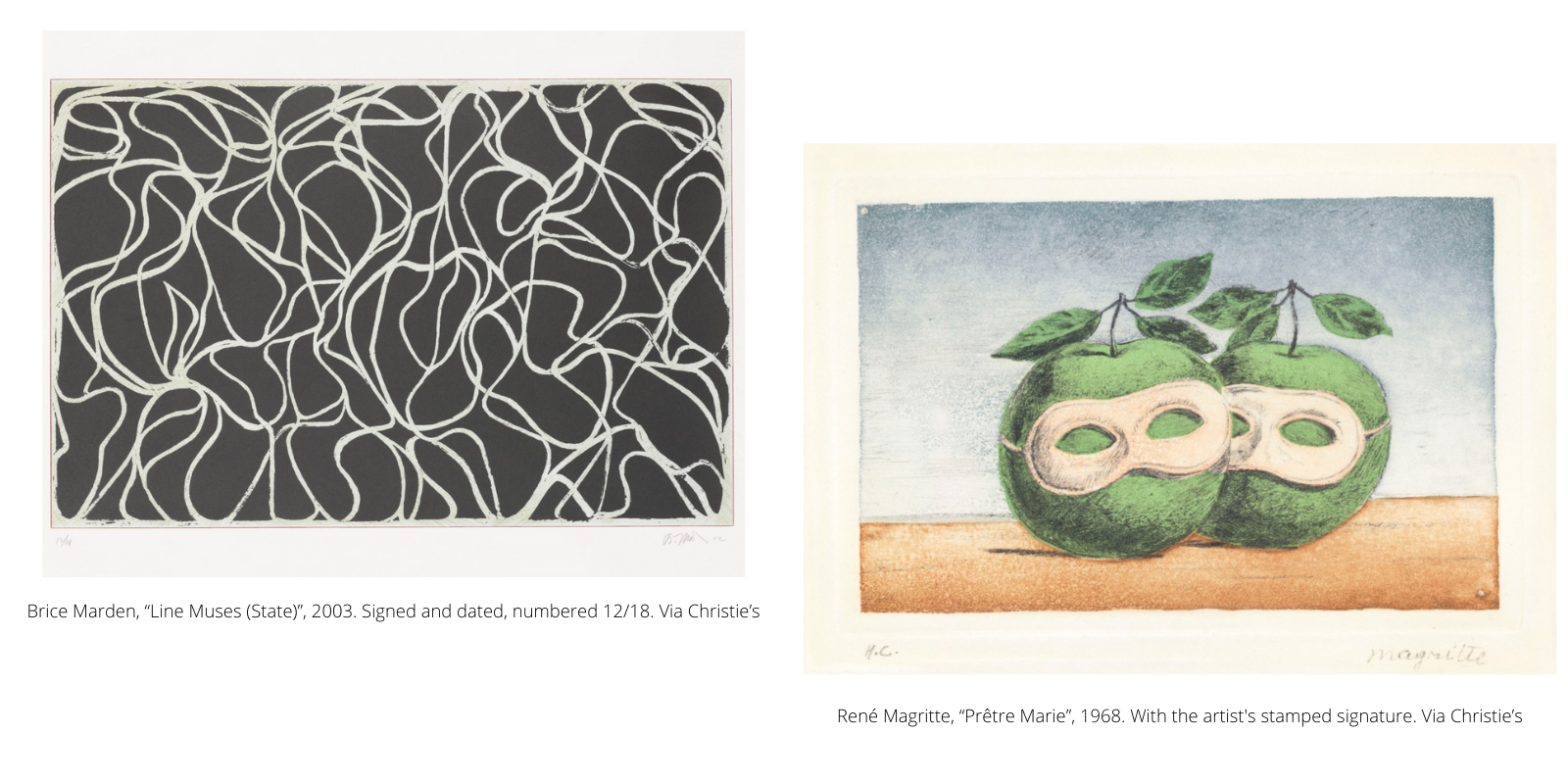 The market value of a ‘print’ within an ‘edition’ is largely determined by the number of copies the edition contains. A good rule of thumb is that the fewer prints within the edition, the more expensive each one is likely to be, as the edition is then considered scarce.

In addition, the type of printing technique used (woodcut, etching, etc) can also determine, to a certain extent, the number of copies that it is physically possible to create within an edition. Certain techniques are naturally more labour intensive to create in the first place (such as woodcut, or etching), and result in a printing plate that is more fragile than say, the digitised printing process, or a lithograph - more on that in our next article!). This fragility results in it only being possible to produce a limited number of copies before the plate itself starts to deteriorate. 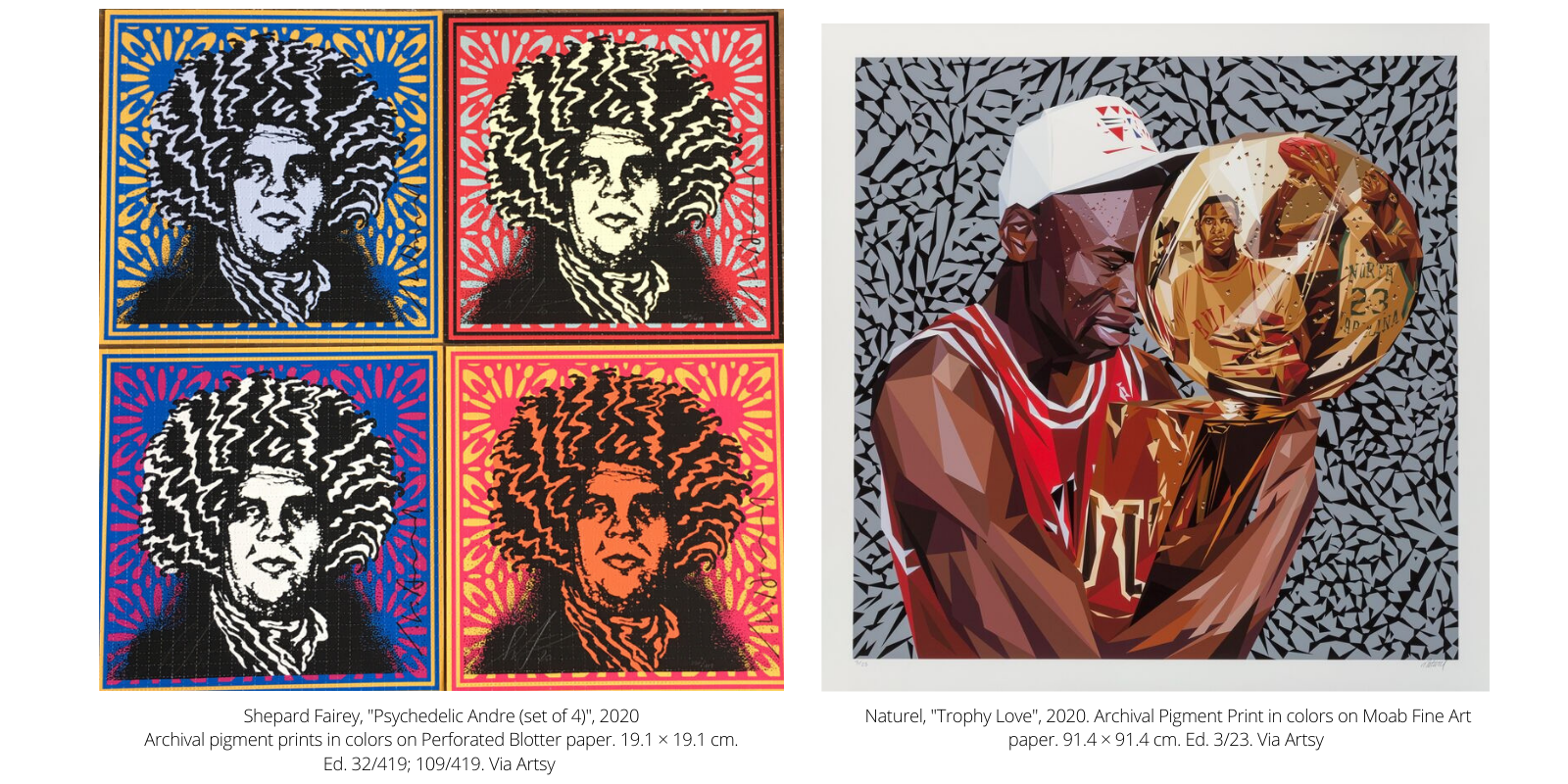 Other techniques such as digital or lithographic techniques allow artists to create much bigger (and even unlimited) batches of prints - though as mentioned before, they tend to be mindful about how they use these methods, as they know that when overused it can devalue the whole edition if they’re not careful! There are also other important factors which influence market value of editions, including it’s provenance and history, and of course, the presence of the artist’s signature.

Lastly, it is important to note that even if an artist releases a ‘limited edition’ with 25 prints for example, that doesn’t mean it has to stop there. Although it may be classified as a ‘limited edition’, the artist can extend an edition by creating a ‘second’,a ‘third’, or indeed any number of additional editions! Before that blows your mind completely, an important thing to note here: there are  ethical terms around creating an edition, which means the artist has to destroy all the materials after finishing each edition’s print-run.  So these extended editions are not created from the same plate as the first edition, and that's what makes them part of another edition within its own right! 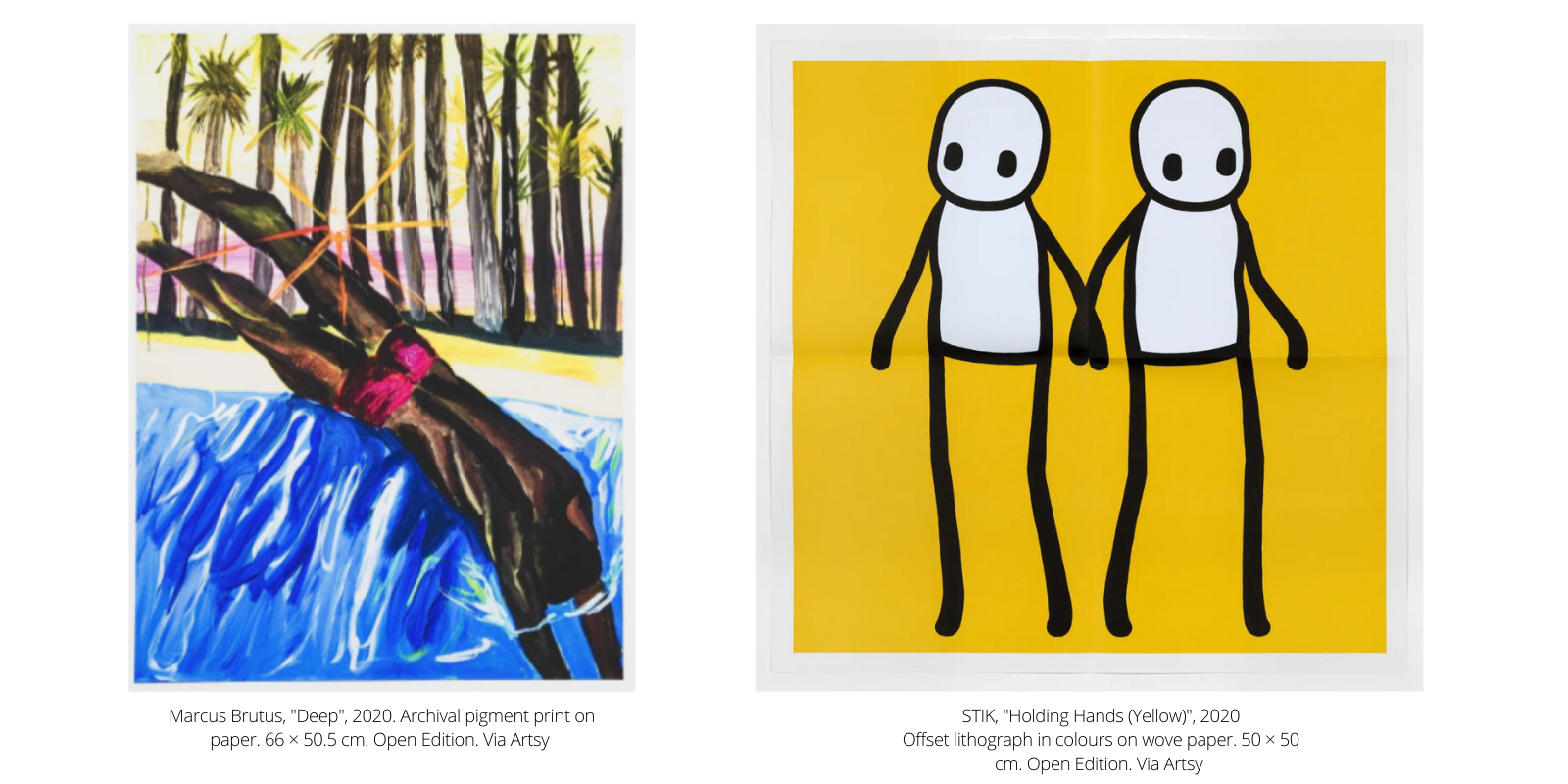 Despite the destruction of the ‘original’ plate, future editions are likely to keep the overall look and feel of the original design, but will often contain minor differences (because the artist has had to create that same image again from scratch, andslight variances tend to occur as it is a handcrafted process). It is very important to check if a particular print has more than one edition, and confirm which exact edition you are buying. Although ‘second’ and ‘third’ editions only happen very rarely, it is always crucial to confirm if there are any, because these  will influence the monetary value of your piece in the long-run.... And, yes, you guessed it! The first edition will tend to hold more value than the second, and the second will tend to hold more than the third…. And so it goes on!

Extra tip: Another term to be familiar with is ‘posthumous edition’. This term refers to an edition that was run after the artist's death. As this work is more distant from the artist, it will always be worth substantially less than any edition the artist made when they were alive. 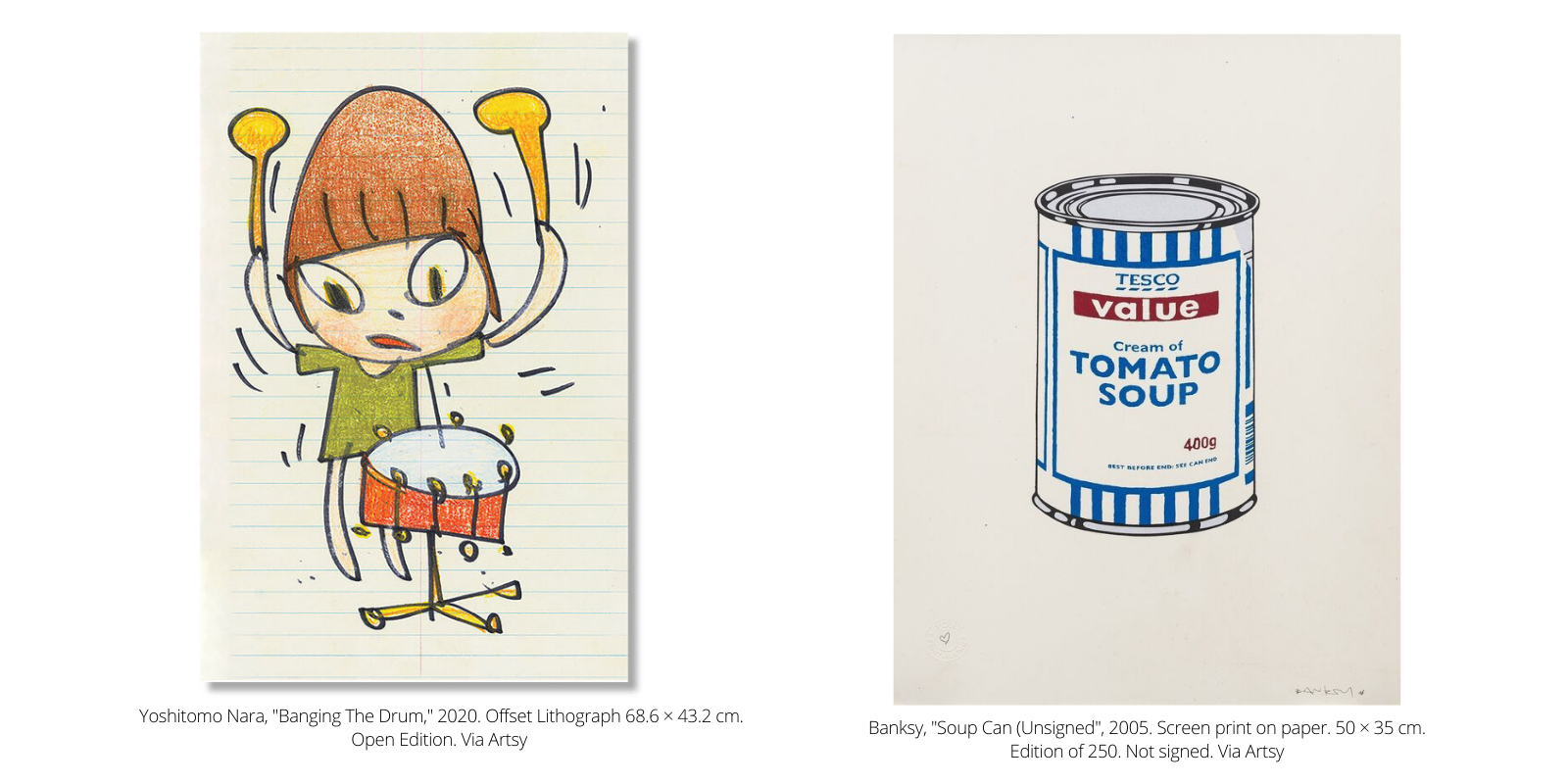 And that’s it for now! But don’t worry, we’ll be back for an in-depth look at the meanings of all the technical terms you’ll come across when actually purchasing an edition... It will all be in another article, (coming soon!)

We know there are plenty of technical terms that are important to know so you can confidently assess the value of what you are buying and it can all feel pretty outfacing, but don't worry! That’s exactly why we’re here! We’re going to help you to learn all the ins and outs of every key term you’ll find when print shopping, so you’ll never feel like you’re in the dark ever again!

The next and final article in this guide ‘Explained: Prints, Multiples, Editions and Offset Prints is all about ‘Offset Prints’ (otherwise known as lithography).