Geoff Uglow’s paintings are at once visceral and mesmeric. Layered deep into the sculptural oils is a profound sense of urgency, a physical compulsion to convey the ineludibly subjective human experience of place and of nature. His burning, vital brushstrokes exert a hypnotic effect, themselves echoing that driving impulse; densely, masterfully applied, they dance with abstraction but, ultimately, are too rooted in the world to cross the Rubicon into it.

Thematically, bestriding reality and abstraction feels appropriate. Uglow’s concerns, after all, are earthly ones. They sit within one another like nesting dolls: complex, cyclical nature; what it is to be human; and the behaviour of the medium via which he accesses the emotion of experience – the paint itself and exploring the outermost possibilities of what it can do. In his work, the material is indistinguishable from the subject matter; deeply cerebral and physical, Uglow’s are not polite works to be ‘handled with care.’ They are physical, tactile entities that must be stretched and manipulated – sometimes until the artist’s fingers are raw. 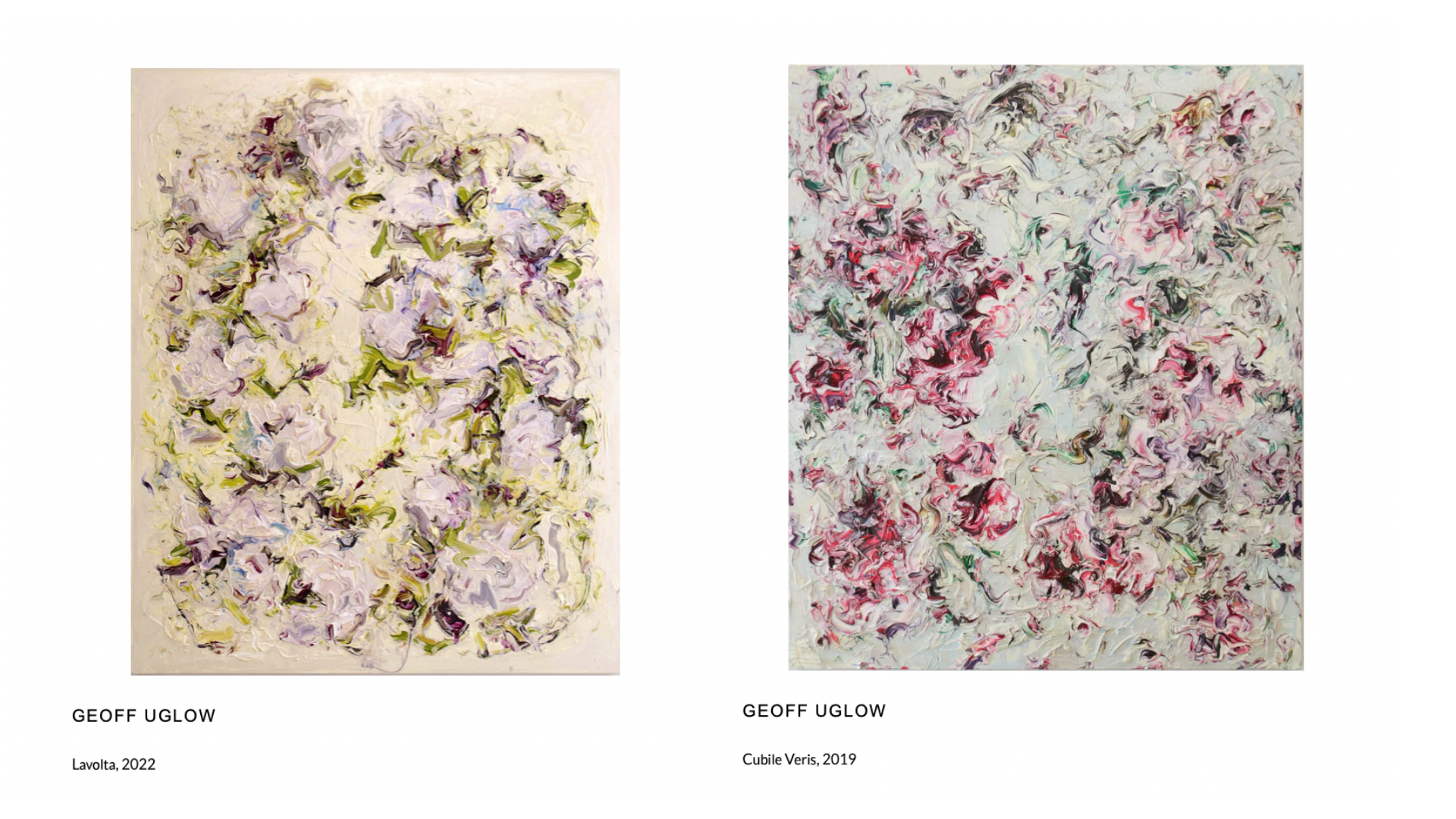 Fundamental to Uglow’s work is the understanding that he, as the artist, is not cast in the traditional role of observer. Conversely, he is in and of the work, the conductor amid a tempest of paint, arranging the often-bewildering cocktail of the physical, the metaphysical and the emotional into an internal cohesion. For Uglow, paint is not the expression of something understood; it is the conduit to understanding. In this, he echoes the masters of the canon, from the Venetian Cinquecento to the New York abstract expressionists. Like his forebears, he is committed to the ongoing enquiry into pure painting.

He must. After all, he paints because ‘life isn’t enough. It disappears. I need something I can hold.’ As such, we may read Uglow’s body of work as distinct from an abstract desire to make art, but one that is as primal as breathing; as imperative as sleeping, as vital as talking. These are paintings that hold memory and experience; what it is to be human in a world that tries to exert control and parameters on nature; to be destined ultimately to fail in the sight of its power. 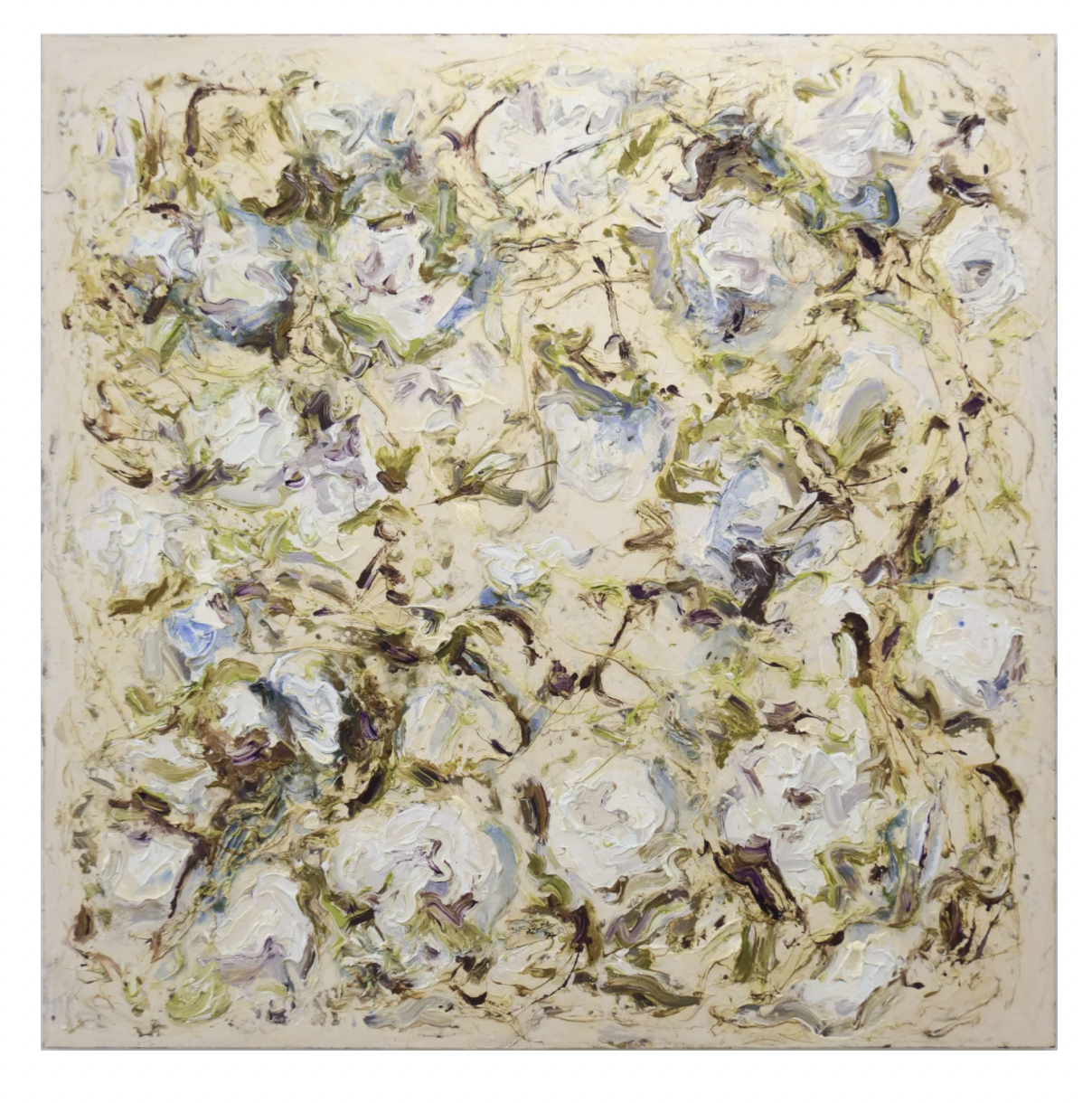 Literal understanding of the paintings’ context is immaterial; what matters is the universal components. Together artist and viewer experience the wave-like pitch and roll of the paint, at times calm, at others potent; sometimes frightening. Identifiable shapes emerge from the tumult of paint, light shimmering across the rugged canvas; canvases which focus not on representation but on the manifestation of emotion, the total experience of a place. Like a commanding sorcerer rising from the waves, the artist conducts the whole: at one moment gossamer light, and at the next wine-dark, coaxing out beauty and pattern, carving out meaning. In creating the unrepeatable, Uglow echoes nature itself.

Geoff Uglow was born in 1978 and grew up on the south-west peninsula of Cornwall. He comes from a long line of farmers, a fact that seeps, paint-like, into every brushstroke of his work. Through his father he learned respect for the heritage and conventions of the land, and what it felt like to ride bareback across fields. Through his own auspices, he learned how to live harmoniously with nature, making bows and arrows from willow; living at the sharp end of the caprices of the seasons; keeping one eye on the view outward across the Atlantic. His work is dually indebted to his upbringing and distanced from it and the very notion of being tethered to any one place. Free from such shackles, Uglow’s ruminations on nature are at liberty instead to distil the sum total of his experience thus far of the land and the sea into accessible universal themes: emotion, romance, love. 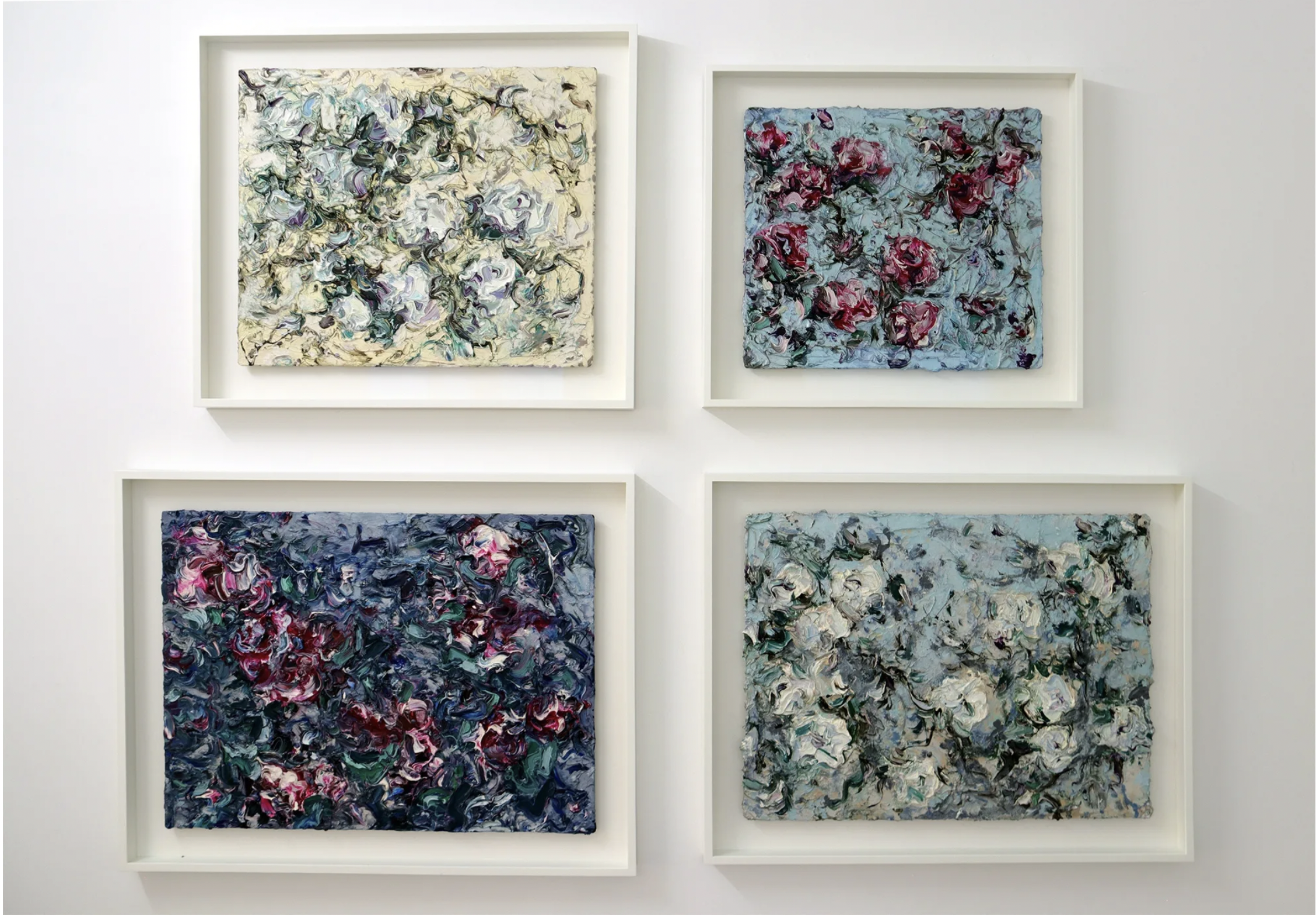 Geoff Uglow was born and raised in Cornwall. He is one of the greatest painting talents to emerge from Glasgow School of Art in recent years. After winning the prestigious Alastair Salvesen Art Scholarship for painting and travel in 2009, he journeyed around the coast of Scotland, in the footsteps of famous eighteenth-century painter William Daniell. This body of work was then exhibited at the Royal Scottish Academy.

Rather than crafting representational depictions, Uglow creates sensory experiences of subjects found in nature. His paintings transmute the physicality, depth and energy of the flower species available to him. A rose garden's ambience, its perfume and complexion on a dewey morning are captured on canvas. The fragile and fleeting bloom of a rose is witheld timelessly in Uglow's manipulation of oil paint. His understanding of the medium's unpredictability and its maleability allow him to portray the physical experience of strolling among the flower beds. After all, there is nothing more ephemeral, poignant and fleeting than the petal of a blooming rose.

Based in rural Cornwall, Uglow looks to nature for inspiration. Several times Uglow has diarised the passage of the yearly seasons by pinning the essence of a particular day with painted colour notes. He describes many of his paintings as "a handwritten letter, a moment, which can suspend disbelief, a fragment of vanished beauty." His work is features in multiple key museums like the Royal Scottish Academy, Kelvingrove Museum and the Royal Glasgow Institute.

He currently works between the UK and Italy. 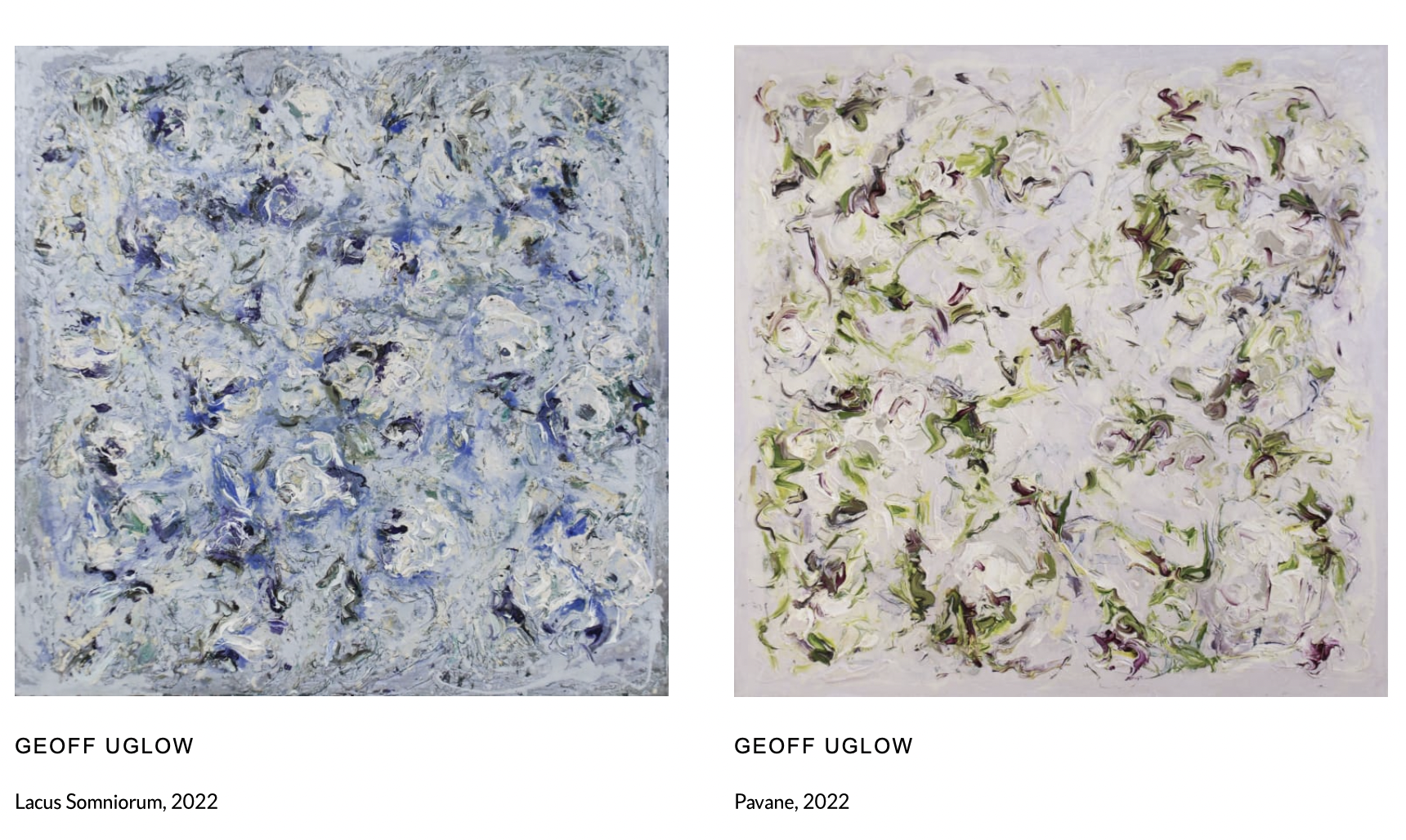 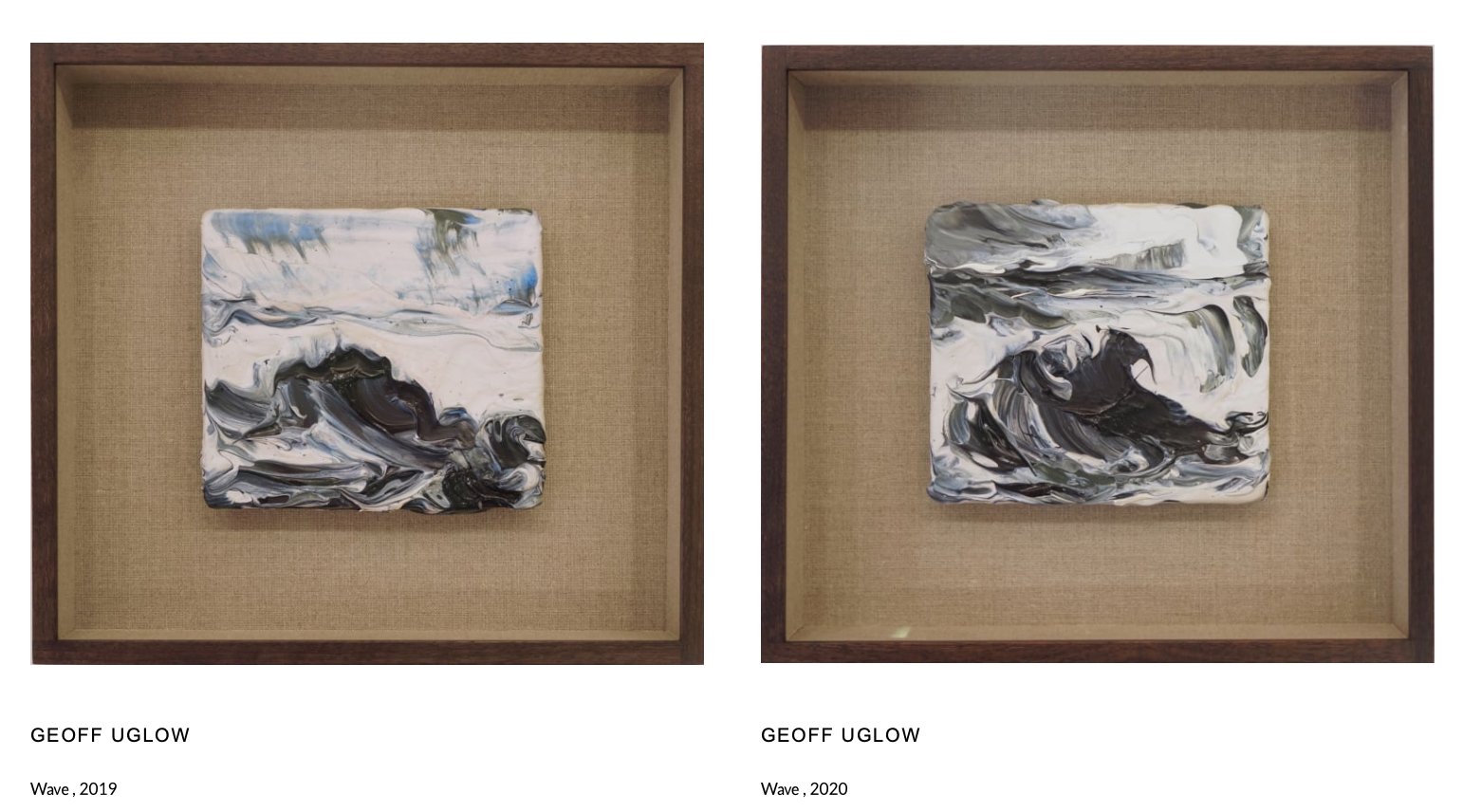 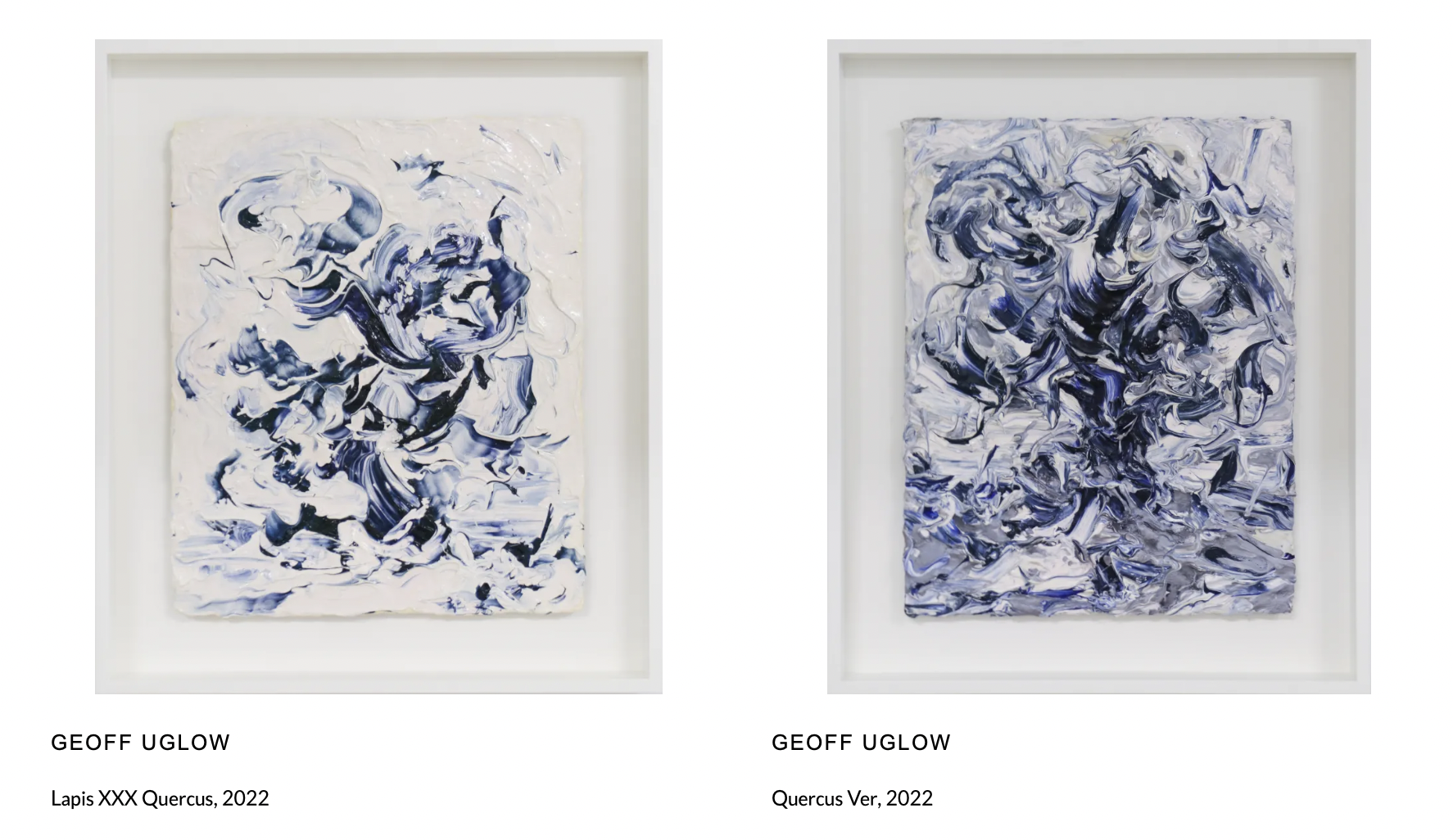