Your body and mine, blood, spit, the torn wallpaper, all in a smeared amalgam.

I feel myself open up in papery layers as its presence is writ in me, in ALL-CAPS. 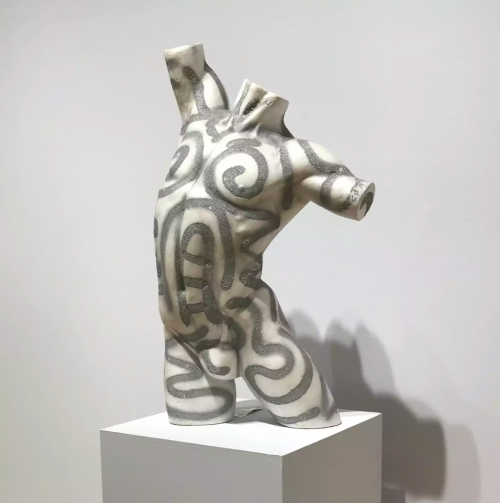 Voyages of Death: The Silent Deep 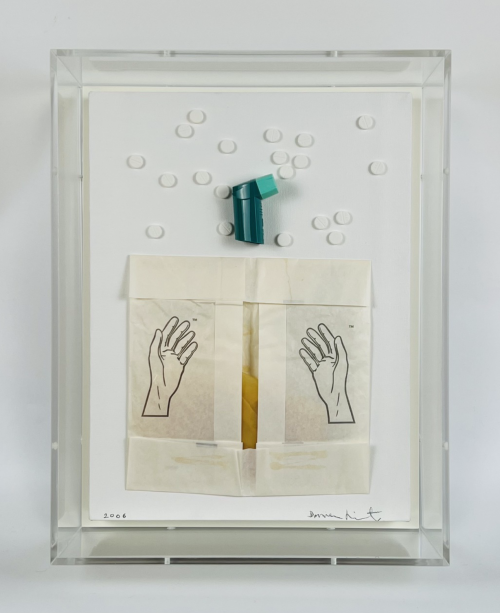 Damien Hirst, a poster boy for the Young British Artists who rose to prominence in late 1980s London, is one of the most notorious artists of his generation. He has pushed the limits of fine art and good taste with sculptures that comprise dead animals submerged in formaldehyde; innumerable spot paintings that appear mass-produced and can sell for millions of dollars; and the exuberantly tacky For the Love of God (2007), a human skull studded with 8,601 diamonds. Through his installations, sculptures, drawings, and paintings, Hirst explores themes including religion, mortality, and desire. Since 1988, when the artist developed and curated “Freeze,” a groundbreaking exhibition of his work and 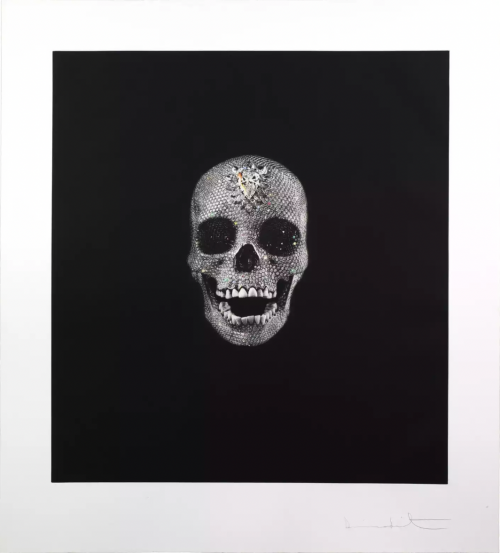 A single photogravure etching with hand-colouring in gouache. Edition of 58. Signed by the artist on the front and numbered on the reverse. The example currently being offered, with the rare addition by the artist of a 'smiley' face within the signature. There are few artworks that have provoked as much praise and criticism as Hirst’s For the Love of God, a skull cast in platinum encrusted with diamonds, first unveiled at a solo show at White Cube in 2007 in London. This was Hirst’s most expensive artwork to date. Travelling around the world, the diamond skull was also exhibited the following year at the Rijksmuseum in Amsterdam, where it was displayed alongside Hirst’s personal selection f 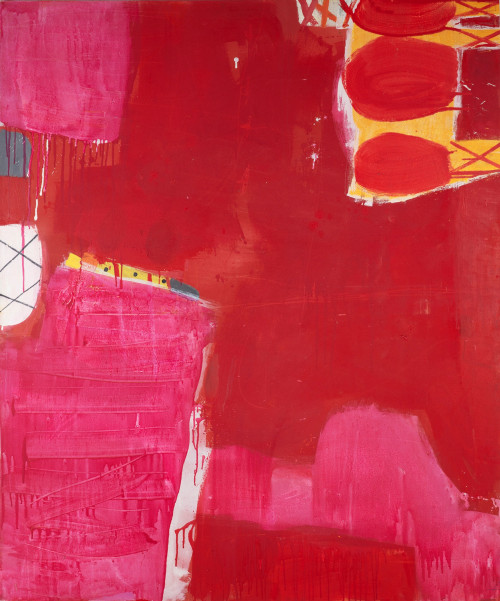 COA included Taxes may be applied after the checkout Komarin was inspired by a trip he took to Paris where he became lost in the back streets - there were winding roads with shops and well worn churches and various facades. To gain his bearings, Komarin look-up to see that the road was named 'Rue Madame' which he immediately took as inspiration to dub his series of red paintings. Komarin is fascinated by the colour red as it references everything from wine to blood, fruity juices and dyes, flowers and our own bodies. He believes that red is a greatly psychologically loaded colour. Eschewing traditional materials in favor of tarps and drop cloths, spackle and house paint, Gary Komarin finds

A Rock and A Soft Place

Taxes may apply at checkout COA included Drawing on references to the mental and the medical from her own experiences with anxiety and hypochondria, and the disquiets of our time, her sculptures play upon the tensions, fragilities and failures involved when trying to keep ourselves in a delicate equilibrium, both in body and mind. Familiar at a visceral level, her sculptures are concerned with too-muchness – when substances and materials reflect our fears or desires, and in the process, become unmanageable, uncontainable or gluttonous, escaping from their restraints in bulges of protest. Combining the industrial and solid with the fragile and decaying, Alexandra is chiefly inspired by the

COA Included Taxes may apply at checkout Geoff Uglow is one of the greatest painting talents to emerge from Glasgow School of Art in recent years. He won the prestigious Alastair Salvesen Art Scholarship for painting and travel in 2009 and used his time to journey around the coast of Scotland in the footsteps of famous eighteenth-century painter William Daniell. This body of work was then exhibited at the Royal Scottish Academy. Based in rural Cornwall, Uglow looks to nature for inspiration. Several times Uglow has diarised the passing year with painted colour notes expressing the passage of the seasons by pinning the essence of a particular day. He describes many of his paintings as "a h 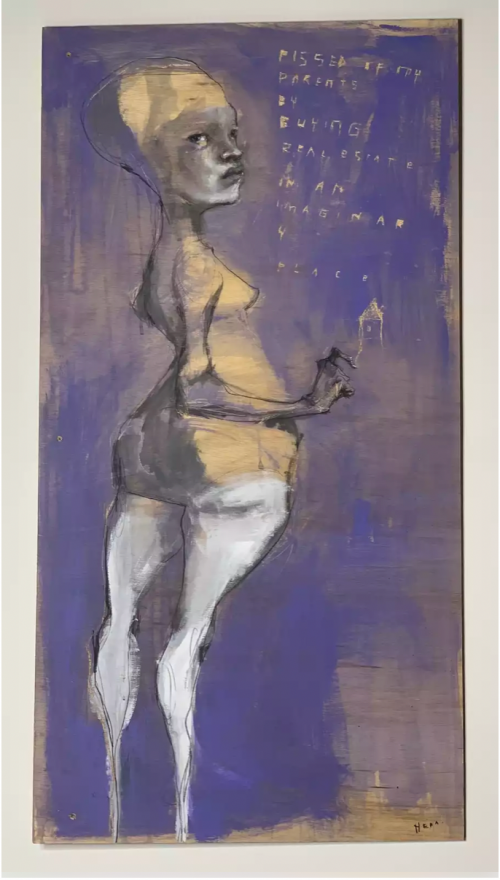 Unique work by Hera, one half of the artistic duo Herakut, executed at their early show, 'Permission to Paint', at the Leonard Street Gallery in London's Shoreditch in 2007. As well as the deft use of various materials to create one of her fictional characters, the artist has etched into the plywood, the text 'PISSED OF(F) MY PARENTS BY BUYING REAL ESTATE IN AN IMAGINARY PLACE', along with a small house. Signed 'Hera' (bottom right). Exhibition History 'Permission to Paint', Herakut (Leonard Street Gallery, London, 2007) Provenance Leonard Street Gallery (London) | Private collection (Belgium)
1-18
Search