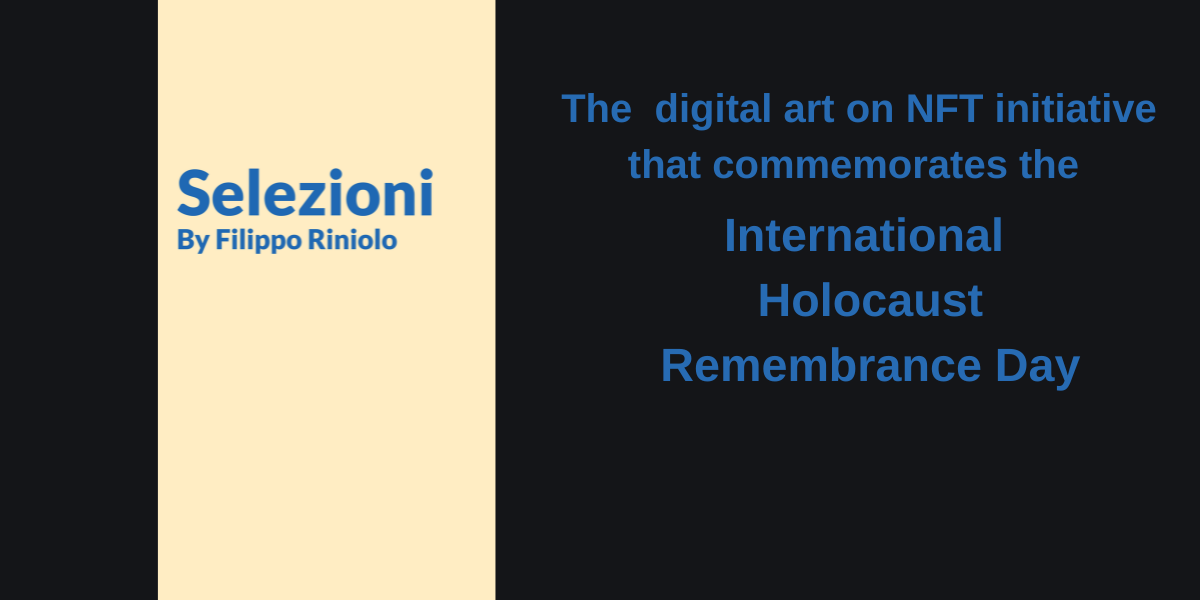 In October 2021, Artscapy produced a performance artwork of the Italian artist Filippo Riniolo, held at the MAXXI Museum in Rome, titled 'Selezioni' (Selections).

The artwork was made by the artist in remembrance of the Raid of the Ghetto of Rome on the 16 of October 1943, where in a single day, 1022 people were deported to the laghers in Germany.

By way of background, and setting the stage for this work, Primo Levi in his book 'Survival in Auschwitz' recounts:

"[...] The prisoners run in front of a Nazi officer who in a few minutes decides their fate, simply by moving the sheet given to him to the right or left. An act of banal bureaucracy that draws the distinction between death and survival, to bring back the inhuman accounts of the camp. [...]" 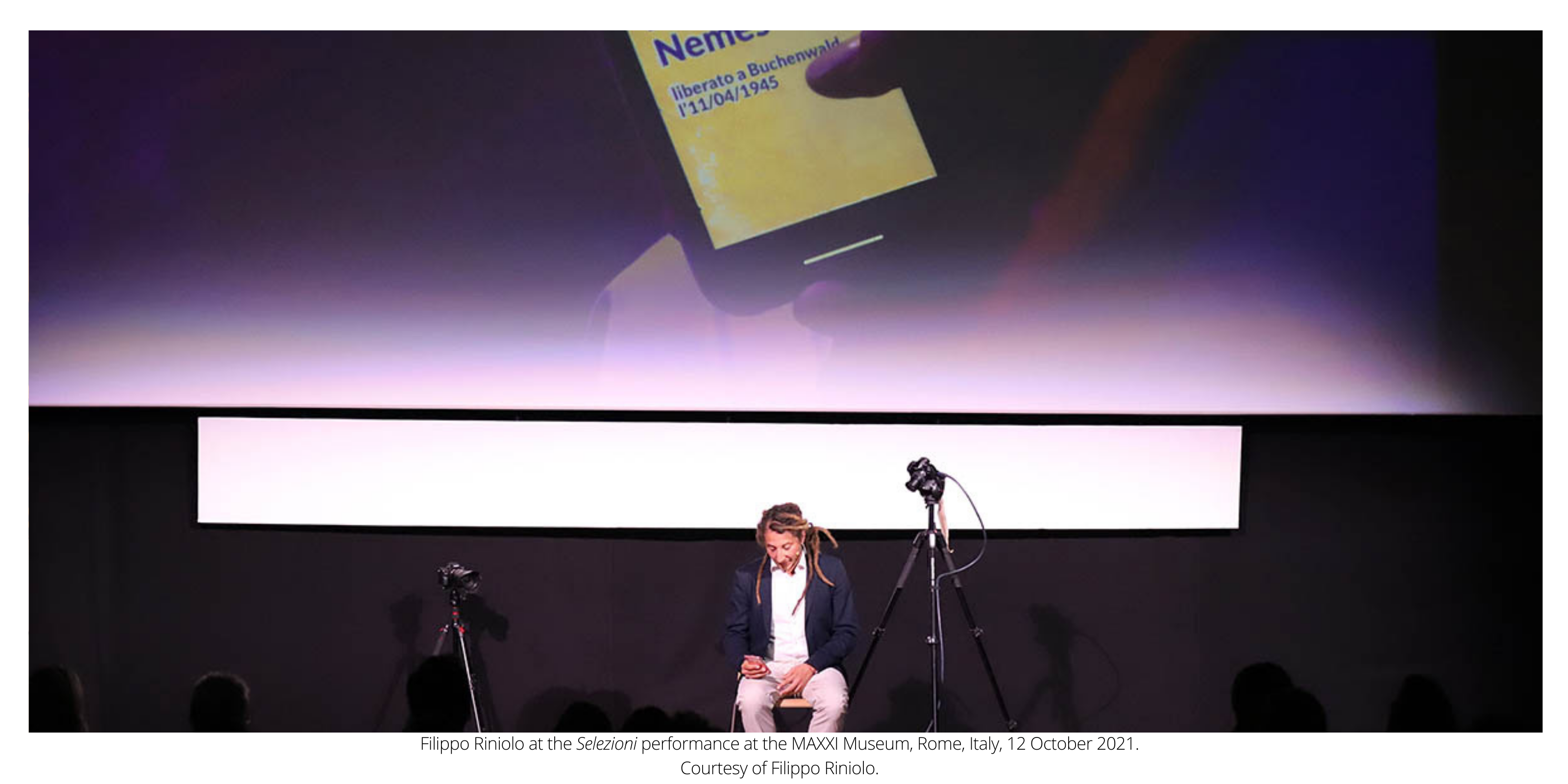 Filippo Riniolo, in this work correlates and superimposes this same gesture - horrifying in the ease in which it takes place - into a contemporary setting of our present interactions with technology and social media. In this very unsettling way, Riniolo lets the viewer connect, in a present and familiar way, with the horror of extermination of the past, and with the banality with which such 'selections; happened. Riniolo builds a bridge to make this past memory emotionally accessible also to whoever was not part of it.

The artwork represents the conceptual output of the philological and anthropological research carried out by Riniolo over the past 3 years.

The performance, which was curated by Francesco Cascino and Micol Di Veroli and under the patronage of the Italian Jewish Community of Rome, was very well received by the public, gaining important coverage in Italian national newspapers. 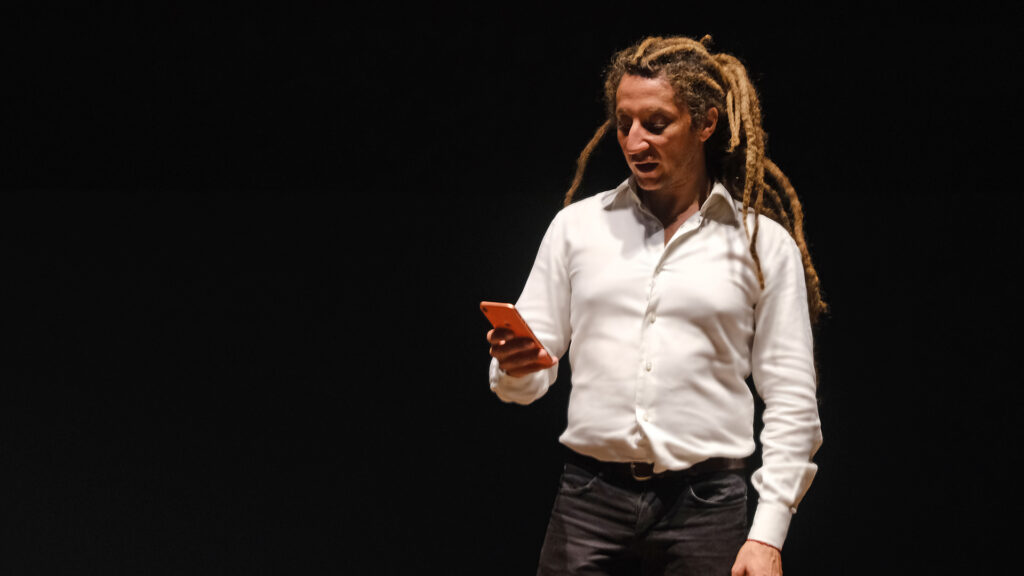 Since then, Artscapy and the artist worked with the curators Francesco Cascino and Gianluca Marziani, further supported by Fluendo Art, to make this very important experience available to collectors, which is now becoming a digital artwork on NFT.

From the 27th of January, on International Holocaust Remembrance Day, the digital artwork is made available as an edition of 1022. For more information please follow this link

In our opinion this is an incredible way to bring what younger generations perceive to be a distant memory into a contemporary time, making the past emotionally accessible also to whoever was not part of it.

With the vision of democratising fine art collecting, Artscapy made this artwork easy to buy using bank card as any other online transaction, without the need for an external crypto asset wallet or cryptocurrency, and it is going on sale with a very symbolic price of EUR 30 (GBP 27) and the profits will be distributed directly to the Jewish Community of Rome.