If it is true that the impact of the pandemic is reducing in the art world, then it is also true that art fairs are gaining back their power in dictating numbers and trends within the market. Up until the pandemic outbreak, art fairs were the go-to places where the art collecting elite would meet with gallerists, museum curators, critics, and art lovers in a single event. Fairs were so many and scattered all around the globe that soon the word "fair-fatigue" became a 'thing'. Now everything is returning to its heydays and fairs are back in frequency and global spread. To untangle this art fair landscape, we're hoping to help you along the way. Whether you are a seasoned collector, a fair collector with a given savoir-faire, or a newbie with a set budget to support the art world, there is an art fair that matches your needs and geography.

The vibrant British capital is home to many art fairs each and every year. Appealing venues, cool collateral events and streams of money are just some of the words that come to mind when it comes to describing them.

Often seen as the most prominent fair in the British capital, Frieze London comprises two art fairs in one - one focused on contemporary art and one on historical art. Founded back in 2003, these two take place every year in Regent Park, featuring site specific outdoor artworks in the so-called Frieze Sculpture, serving as a bridge between the two. This year, Frieze London will include over 160 galleries from all over the world featuring only contemporary art and living artists. Frieze Masters displays works conceived before the year 2000, and Frieze London works created afterward. The fair is perfect if you are already into collecting and generally for those with larger pockets and wall space because of the tendency to exhibit pricier and often larger scale or more extravagant artworks. Even if you are not out to buy a new work for your collection, it's a great place to view fantastic art for every art enthusiast. 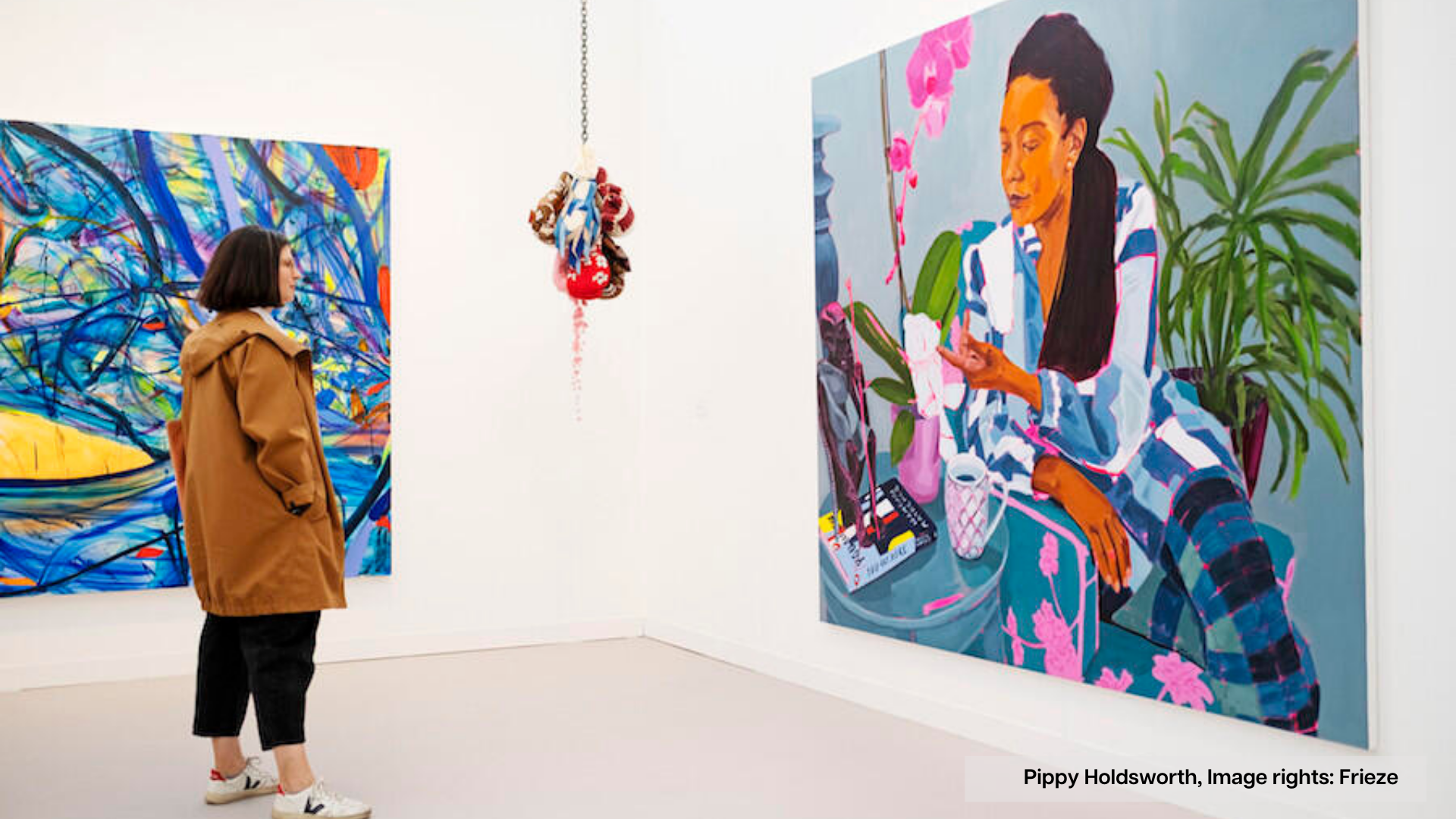 The Other Art Fair

Taking place in October alongside Frieze, The Other Art Fair is an art fair that showcases more emerging and perhaps wallet-friendlier art. Housed in the unique Old Truman Brewery on Brick Lane, this fair is born to subvert the ordinary. The event hosts regular DJ sets and performances, there is no VIP access and tickets are more affordable. As they like to put it, art is reframed, in a unique way. As a vibrant hub for contemporary and emerging art, it welcomes all collectors alike, but it is definitely newbie friendly.

1-54 is the first Contemporary African art fair in London with two other editions in Marrakech (9-12 Feb 2023) and New York (May 2023). In London it takes place at Somerset House in October, running alongside Frieze and The Other Art Fair. You quickly notice that October is a particularly intense art fair month for London! 1-54 has a comprehensive VIP programme and regularly hosts series of interesting talks, including panels and speaking events featuring rising entrepreneurs in the art sector as well as appearances of other cultural personalities such as Tinie Tempah, a British-Nigerian rapper. The art on display is mostly African contemporary and art of the African diaspora. This fair is especially fitting for those interested in exploring art by African artists. 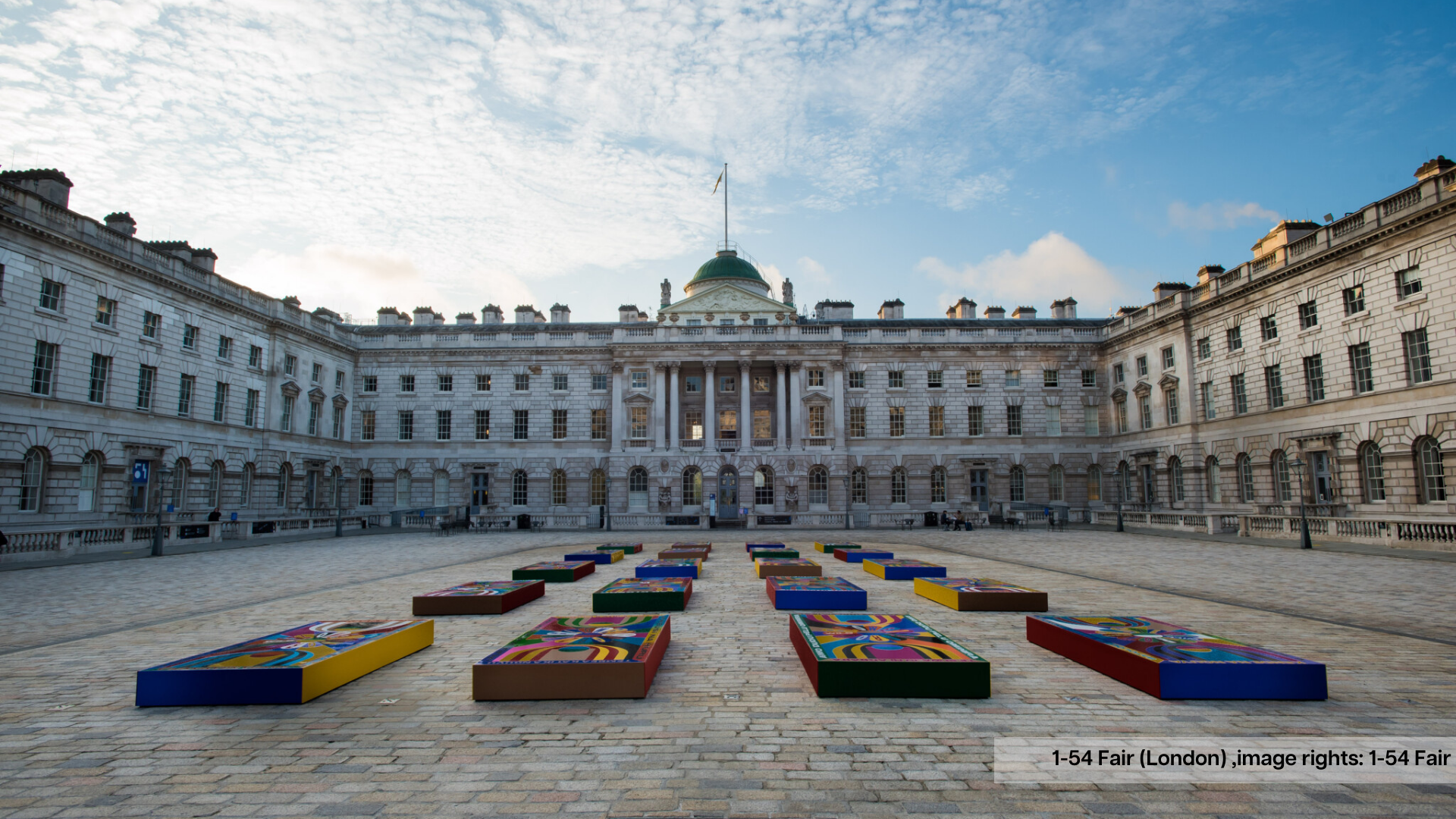 The name says it all. Travelling across London, Hamburg, Amsterdam, Singapore, Hong Kong, Stockholm, Sydney, New York and Brussels, all artworks showcased at this fair have prices which fall below a set threshold. In the case of London, the range is between £50 and £7,500. The British edition of the fair takes place in Battersea every October, as it has since its first launch back in 1999. The fair's mission is to democratise the art world, believing everyone can be an art collector. “Whether you know your Hockneys from your Hirsts, or you simply just enjoy basking in the glory of beautiful creativity, we believe everyone can be an art collector, whatever your taste and budget!” the fair states on its website.

Modern and fancy, Masterpiece takes place every year between the end of June and the beginning of July within the Royal Hospital, Chelsea. As opposed to Frieze, Masterpiece offers a wider historical array of works, featuring artworks from antiquity to the present. Masterpiece accommodates seasoned and beginner collectors at the same time, displaying fine jewellery
and design too. A plus for this fair is definitely its location, overlooking the Thames in the sumptuous Royal Hospital. The fair’s interiors are always good-looking and cosy, making the long walks around stands manageable and pleasurable.

Art Basel is one of the key pillars of art fairs, together with Frieze and TEFAF. The flagship fair is based in Basel, Switzerland, with editions in Paris (20-23 Oct 2022 - see below!), Hong Kong (23-25 Mar 2023) and Miami (1-4 Dec 2022). More than an art fair, it is often perceived as an 'institution' with a track record of global success and acting as a trendsetter in the world of art. Indeed, it is a fair of stature, but that does not necessarily mean it is all out of reach in terms of pricing. Navigating the labyrinth of gallery booths, collectors can find gems from some of the most promising artists - as well as your art household names. Art Basel also features a couple of interesting satellite fairs that are must-sees if you have a chance to visit. The Basel edition features some of most thought-provoking art at monumental scale in its "Untitled" section, which is curated by a different notable curator every year. The others to look out for are "Liste" and "June Art Fair" which tend to showcase more emerging galleries and can definitely unlock new art discoveries for art lovers. 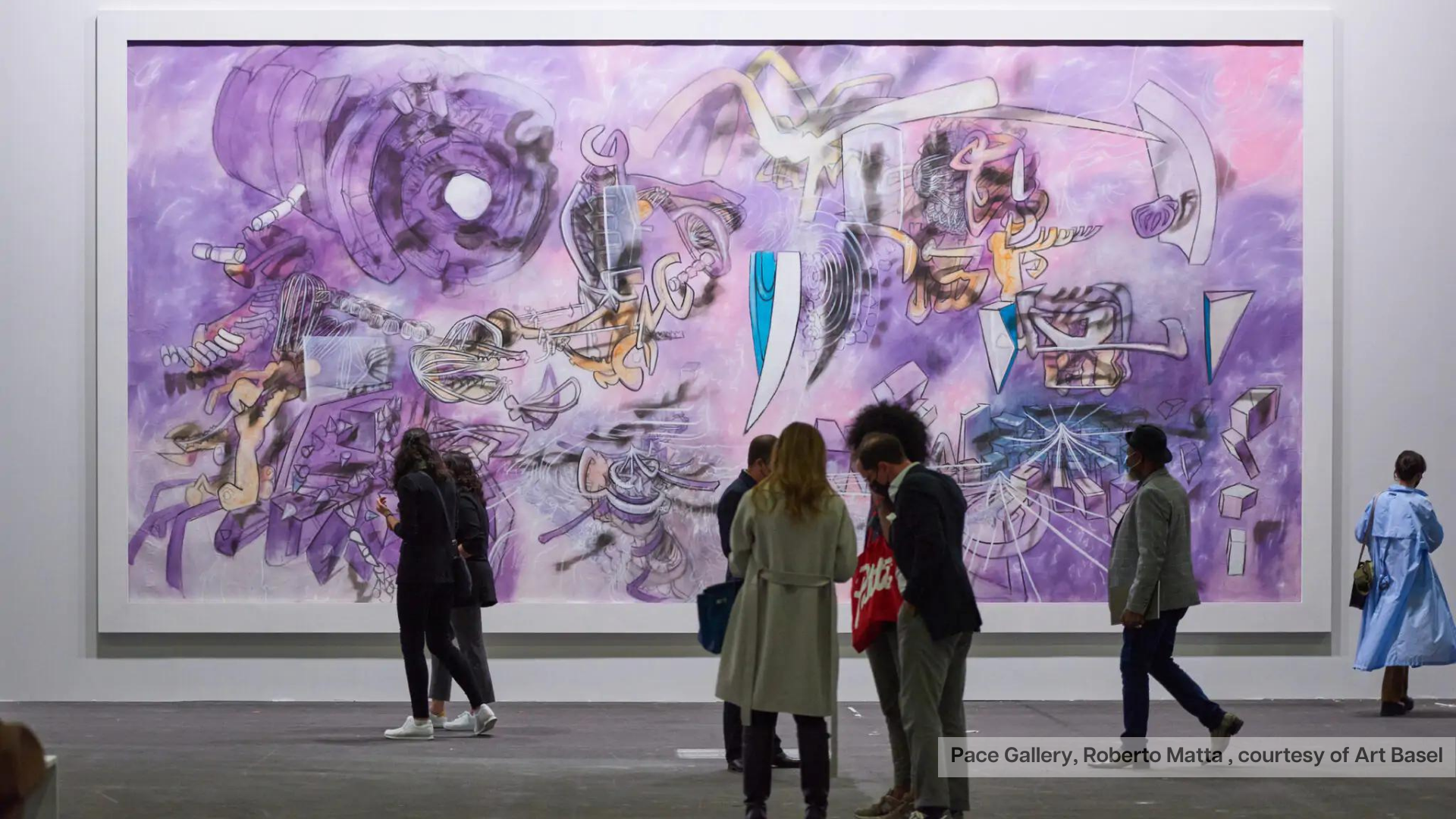 Once known as FIAC, Paris+ is the new name on the Parisienne collecting scene. Focused on contemporary art, the fair was recently acquired by the Swiss-based MCH Group, which is the group behind Art Basel. In purchasing FIAC, the fair is now transformed into what is Paris+. Offering a collecting hub for all kinds of collectors, Paris+ will debut this October under this brand new name, at the Grand Palais with an impressive roster of about 170 dealers. We're curious to see how this transformation will impact the fair and its contents.

The Spanish contemporary art scene, and more broadly the Iberian peninsula, can be said to be led by ARCO Madrid, with over 185 participating galleries. The fair has been running over 40 years and continues to maintain its relevance to this day. Stretching further to Latin American art, the section entitled "Never the Same. Latin American Art." offers an interesting collection of emerging galleries from that region and aims to strengthen ties between the main fair and this art scene. For art lovers interested in exploring art of Spanish and Latin American connection, ARCO Madrid should definitely be at the top of the list.

With a new home in this year's edition, the fair opened its door to a much greater number of international exhibitors compared to previous iterations. Last year, among Covid protocols and the pandemic spreading, almost 55 galleries opted to not exhibit at the fair. This year, participation was thriving and decisive for the overall success. A cornerstone of New York’s cultural landscape since the foundation in 1994, The Armory Show promotes the world’s prominent international contemporary and modern art galleries in New York each year. The fair plays a leading role in the city’s position as an important cultural capital through engaging presentations, thoughtful programming, curatorial leadership, meaningful institutional partnerships, and public art. 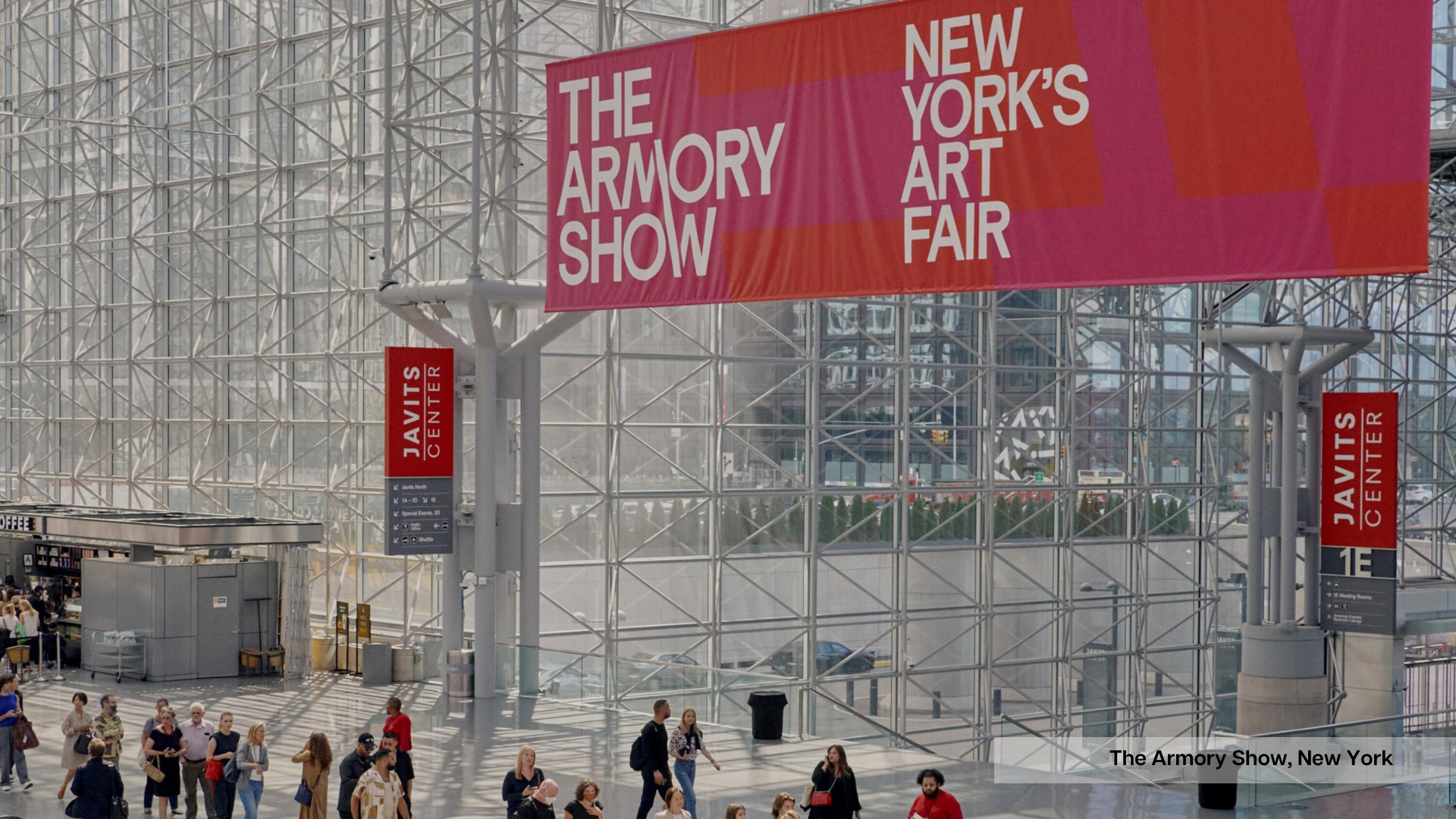 Next edition: 11-19 March 2023 at the Maastricht Exhibition & Congress Centre, Maastricht, the Netherlands

Last but not least is TEFAF, The European Fine Art Fair, presenting works of very high quality. Held in Maastricht and New York (May 2023), alongside the traditional areas of old Master paintings, antiques, and classical antiquities that cover half of the fair, you can also find modern and contemporary art, works on paper, fine jewellery, and 20th-century design. TEFAF is a blue chip fair, so probably not your first choice if you are only getting started. 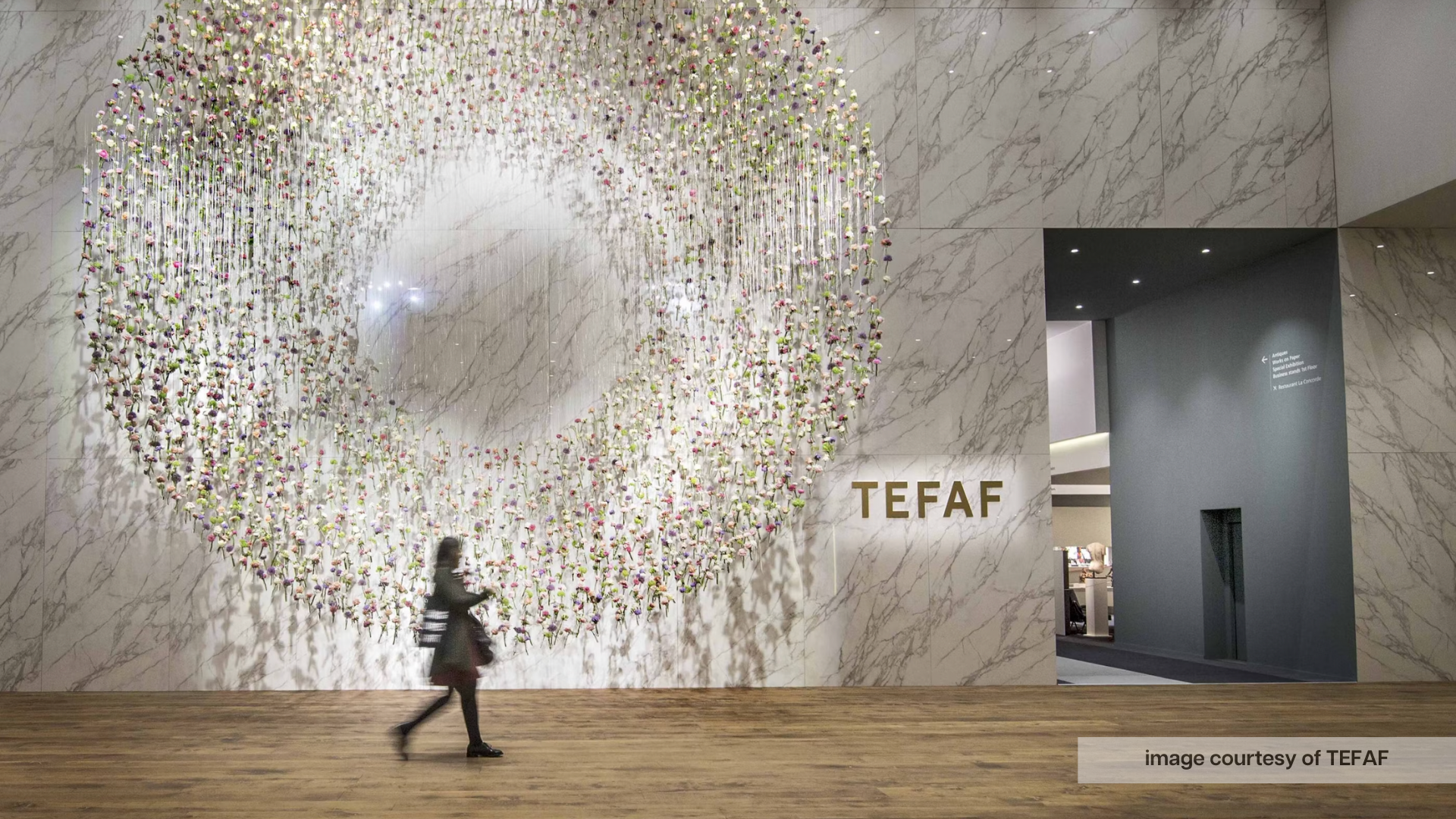