Art Shows to See around the UK

The UK art scene is vibrant. At Artscapy we’re dedicated to highlighting incredible exhibitions which take place around the country, as well as celebrating the artists and gallerists involved.

Here is your rundown of must-see exhibitions outside of London, as 2022 rolls into 2023. Including abstract solo debuts, exhibitions of political artefacts, photographic and cinematic displays, and major award shows, the exhibits in this list certainly warrant a visit wherever you are placed in the country - or beyond.

Hastings Contemporary are hosting the first major survey show of Caragh Thuring’s work (and her first in the UK for 6 years) displaying more than 20 works made by the artist over the past 15 years. Raised in Scotland, Thuring’s work takes an investigative look at the relationship between the natural environment and the artefacts made by those who live in it. The exhibition spans monotypes, paintings, and drawings, and runs until March 2023. 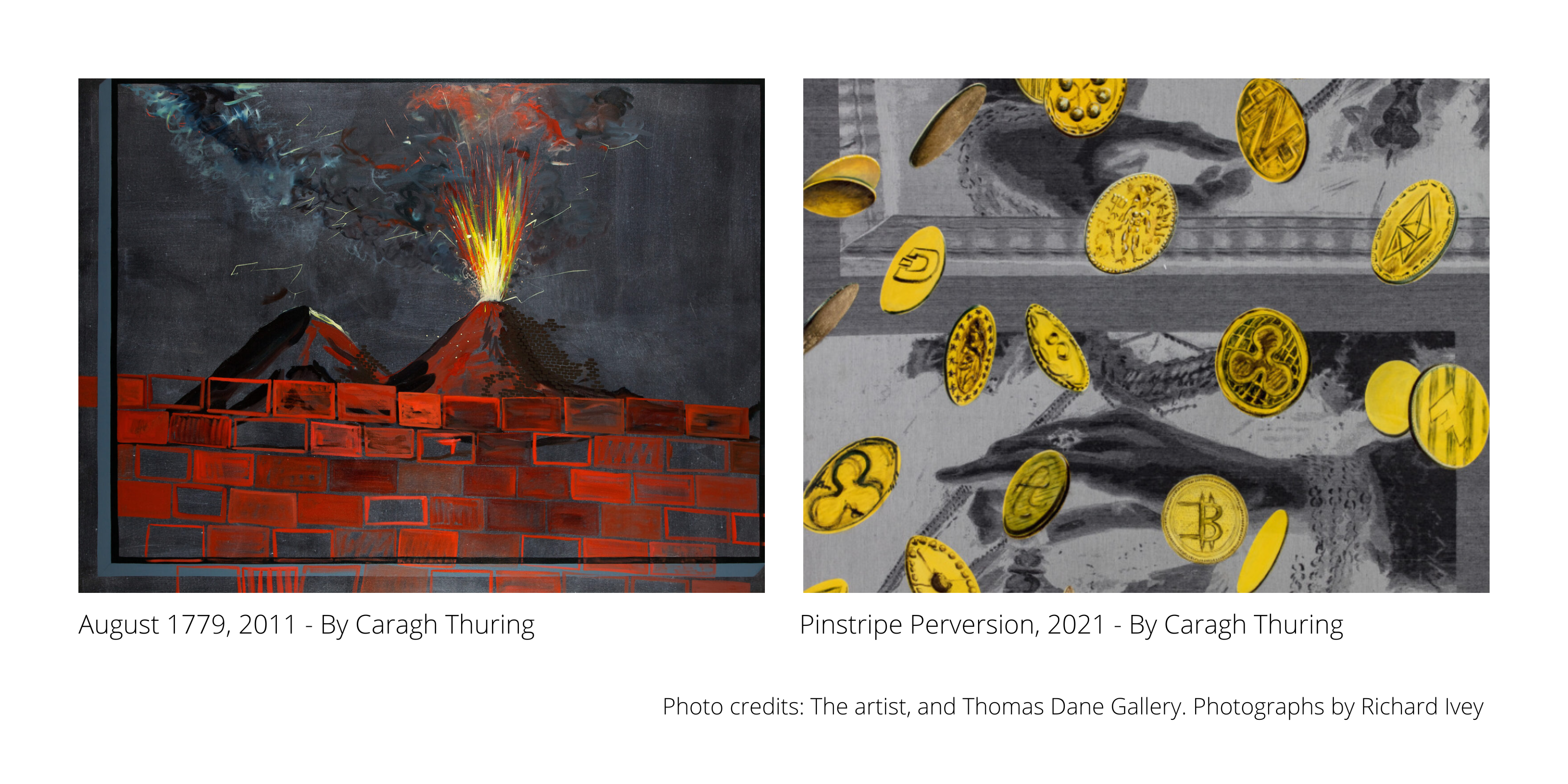 Bristol’s Spike Island is home to Lawrence Abu Hamdan’s film 45th Parallel this Winter. Jordan-born Hamdan is particularly interested in the concept of borders, and his audio works have been used by organisations such as Amnesty International. 45th Parallel explores the Haskell Free Library and Opera House, which sits on the border of Vermont and Quebec, placing it in both America and Canada. Hamdan’s film includes a four-act monologue performed by film director Mahdi Fleifel and is shot against both original and newly-commissioned backdrops on the opera stage. 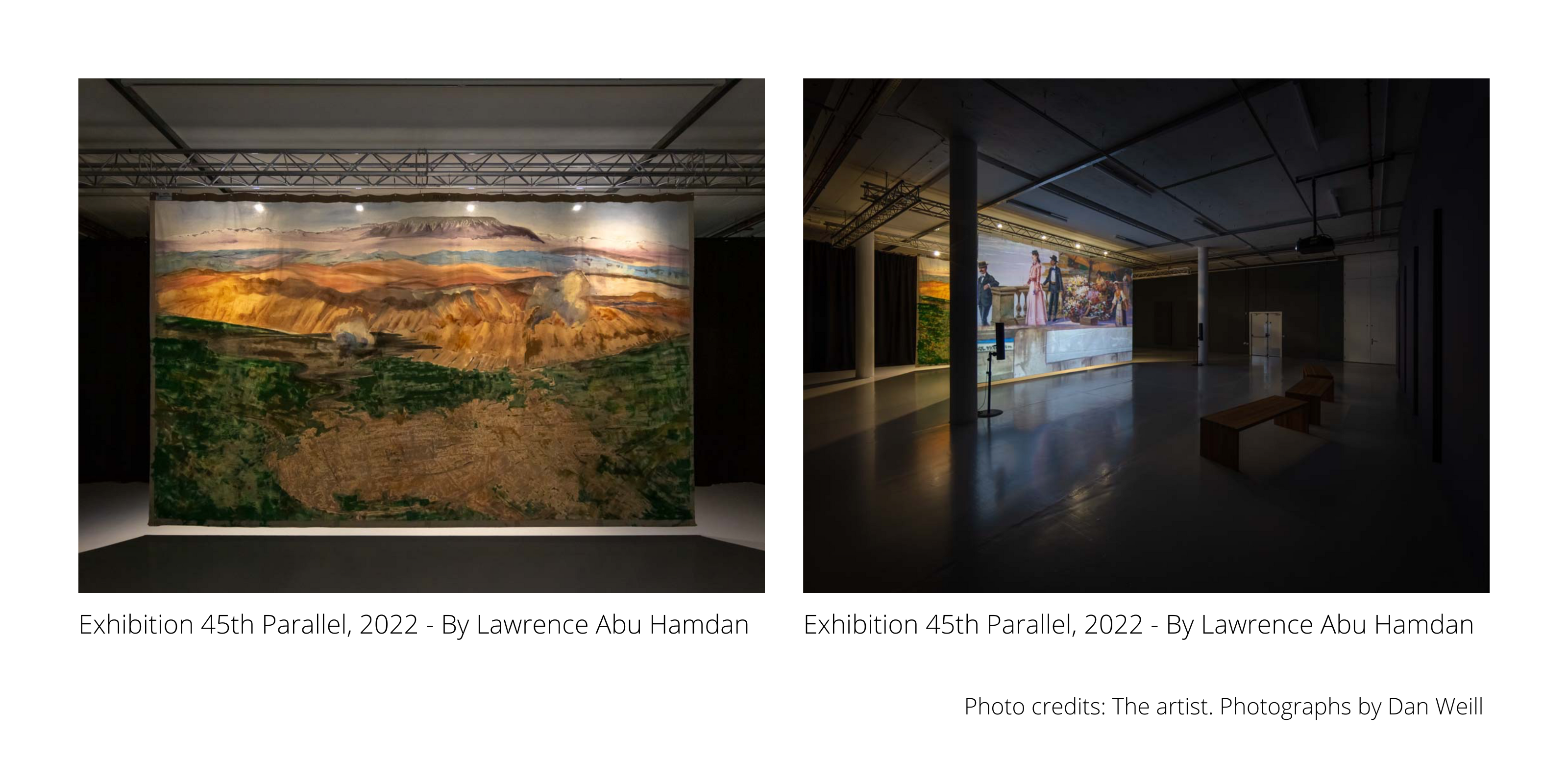 Celebrating its 38th year, the Turner Prize is being hosted in Liverpool this year, with the winner being announced on December 7th in St George’s Hall. This year the nominees are Ingrid Pollard, Heather Phillipson, Sin Wai Kin, and Veronica Ryan. The finalist selection is refreshingly different to previous years, containing no collectives and no male-identifying artists. Each of the four installations are on display for free at Liverpool’s Tate until March 2023. 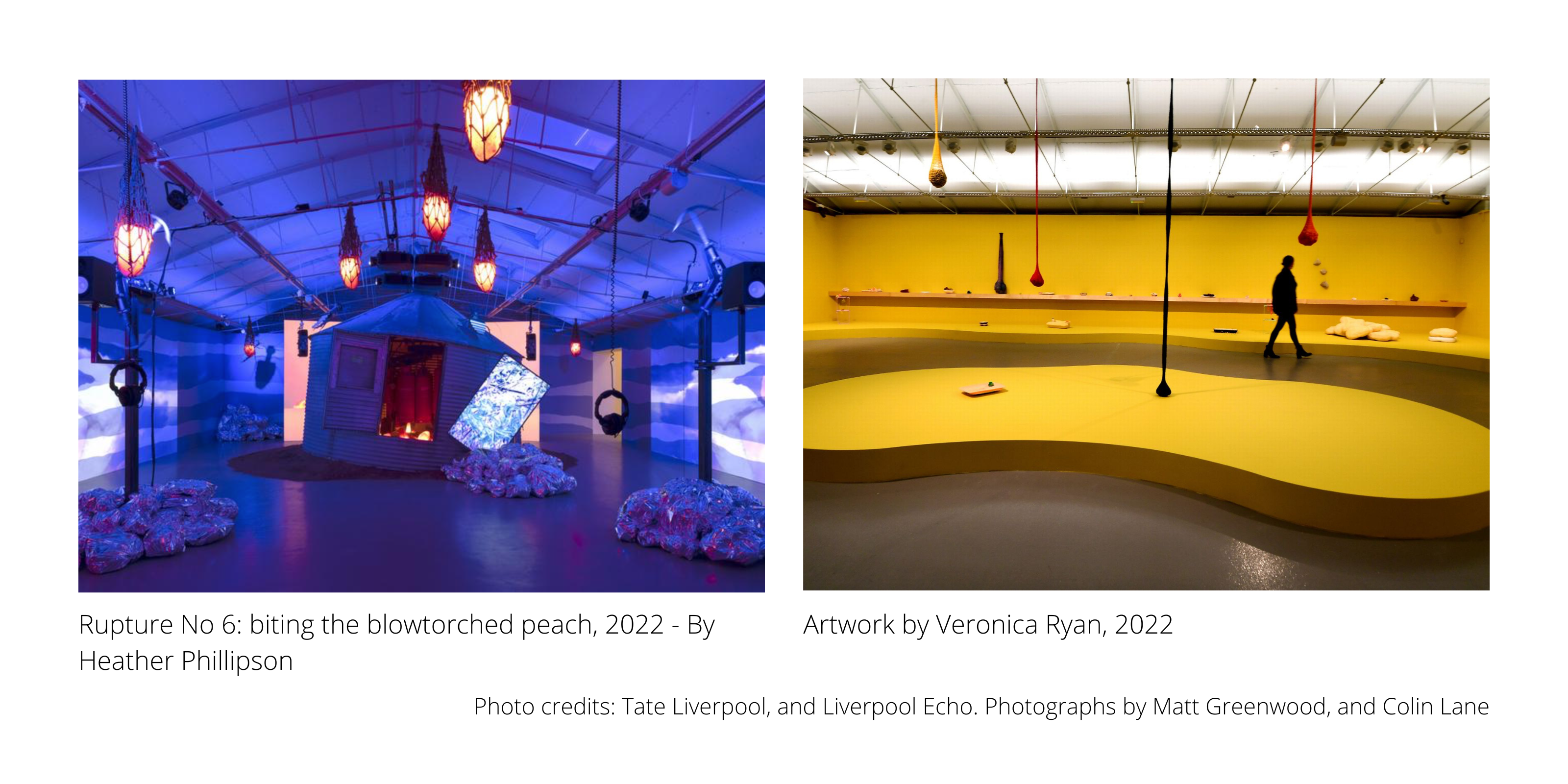 HANNAH STARKEY ‘IN REAL LIFE’ AT THE HEPWORTH WAKEFIELD

Shining a light on women’s position in society and the feminine experience, Hannah Starkey’s work is being celebrated at The Hepworth Wakefield until Spring 2023. Starkey’s photographs are intricately composed, and give a snapshot into the everyday lives of women. In this exhibition works from her 1997 graduation show at the Royal College of Art which pelted her to fame hang alongside new work created with a group of early career female and non-binary artists and photographers in Yorkshire. 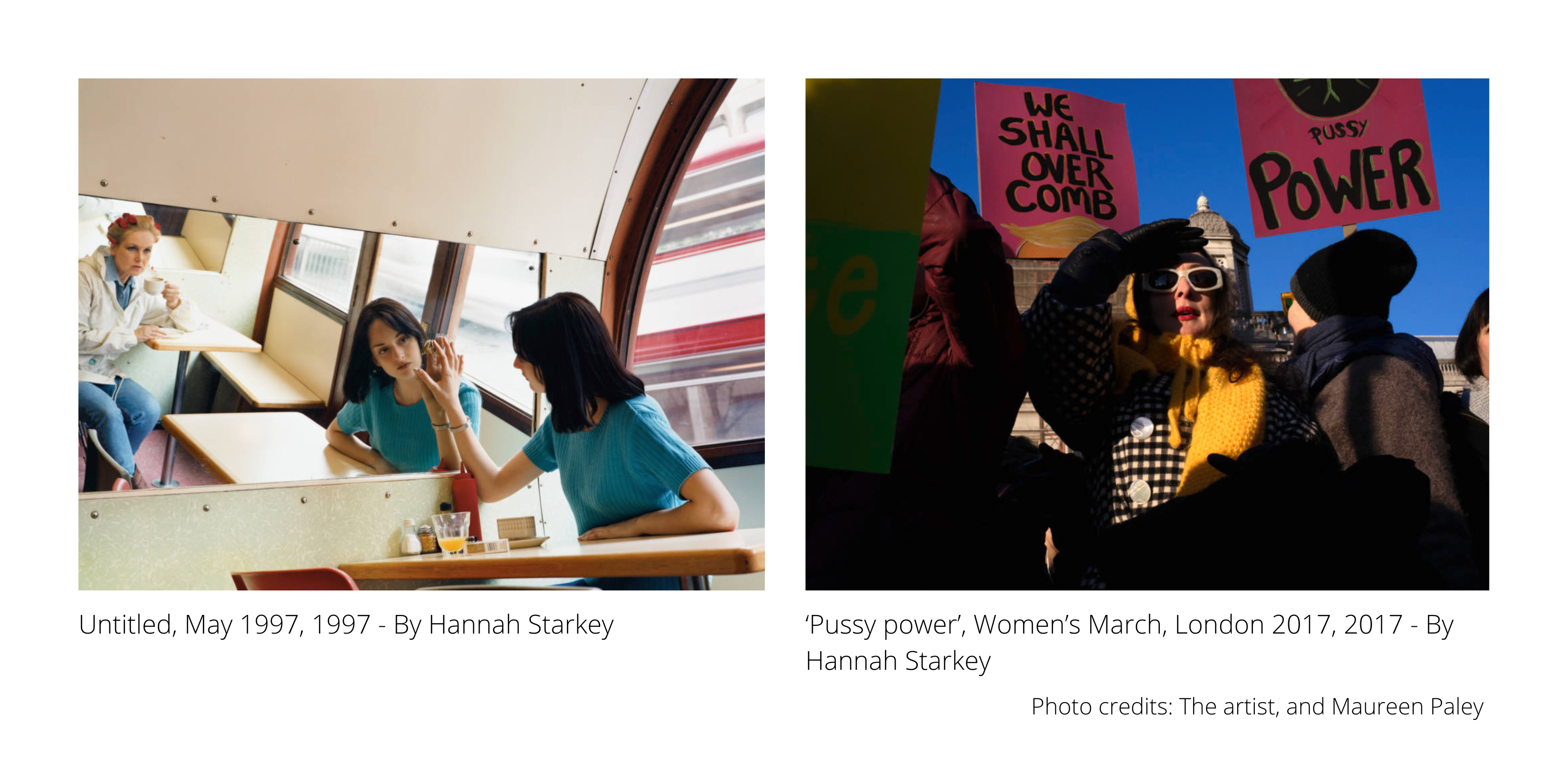 Baltic are hosting the first international solo show of Jala Wahid, containing a new body of work using the lens of the global oil trade to investigate the relationship between Kurdistan and Britain (and Wahid’s own diasporic identity). The show centres around Wahid’s sculpture Sick Pink Sun (03:00 14.10.1927 -) which marks the first striking of the Baba Gurgur oil field (the largest in the world for the next twenty years). The show asks questions around nationhood and colonialism, as well as personal identities. 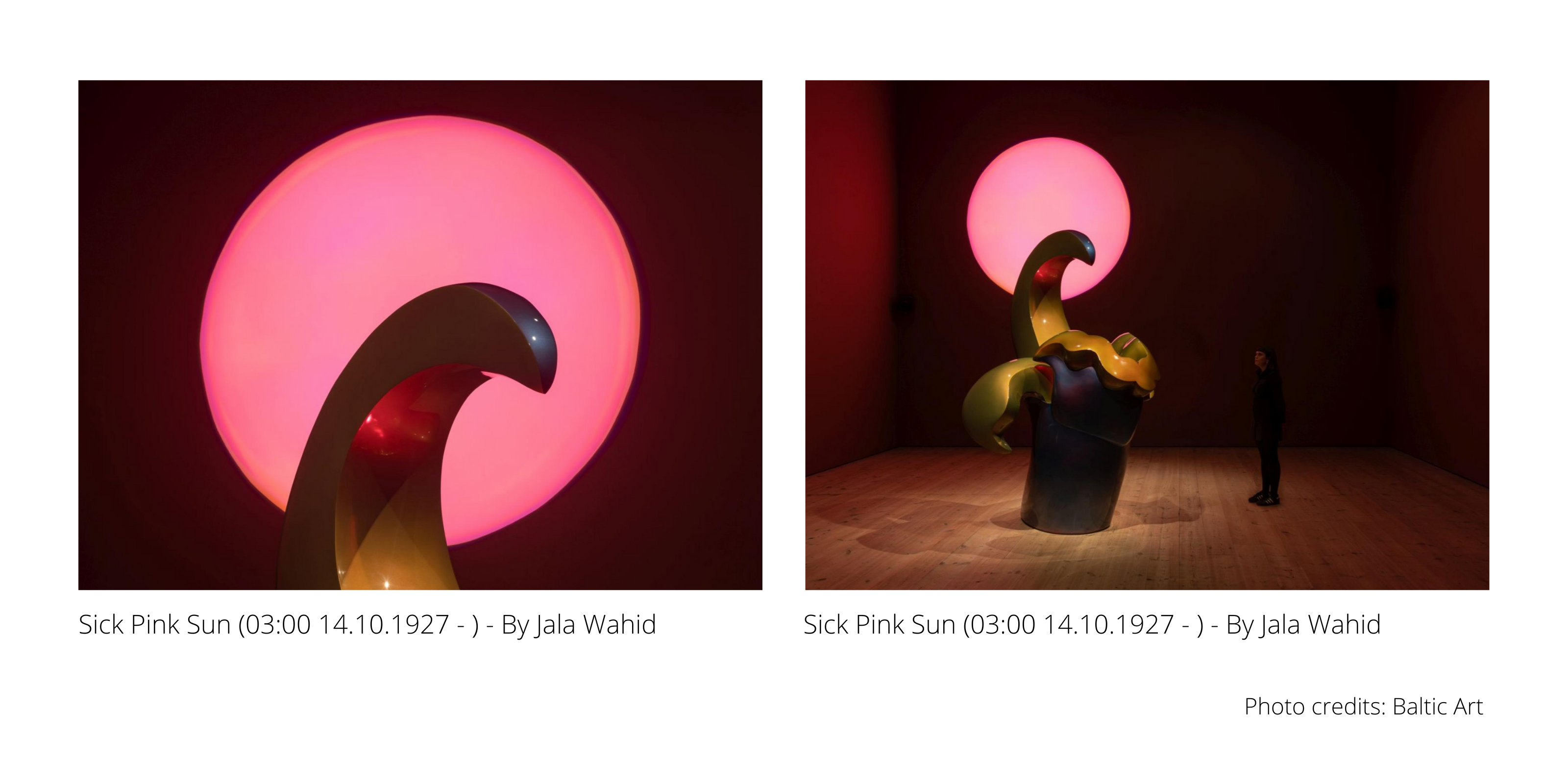 Held in Cambridge’s Fitzwilliam Museum, Defaced! is the first large-scale exhibition to explore the last 250 years of protest and its relationship to currency, using cash as a narrative thread and metaphor. Including artefacts from the French Revolution, concentration camps of the 1940s, and the Black Lives Matter movement (as well as works by contemporary artists) this free exhibition looks at the impacts of an increasingly cashless society, and cost-of-living crisis. 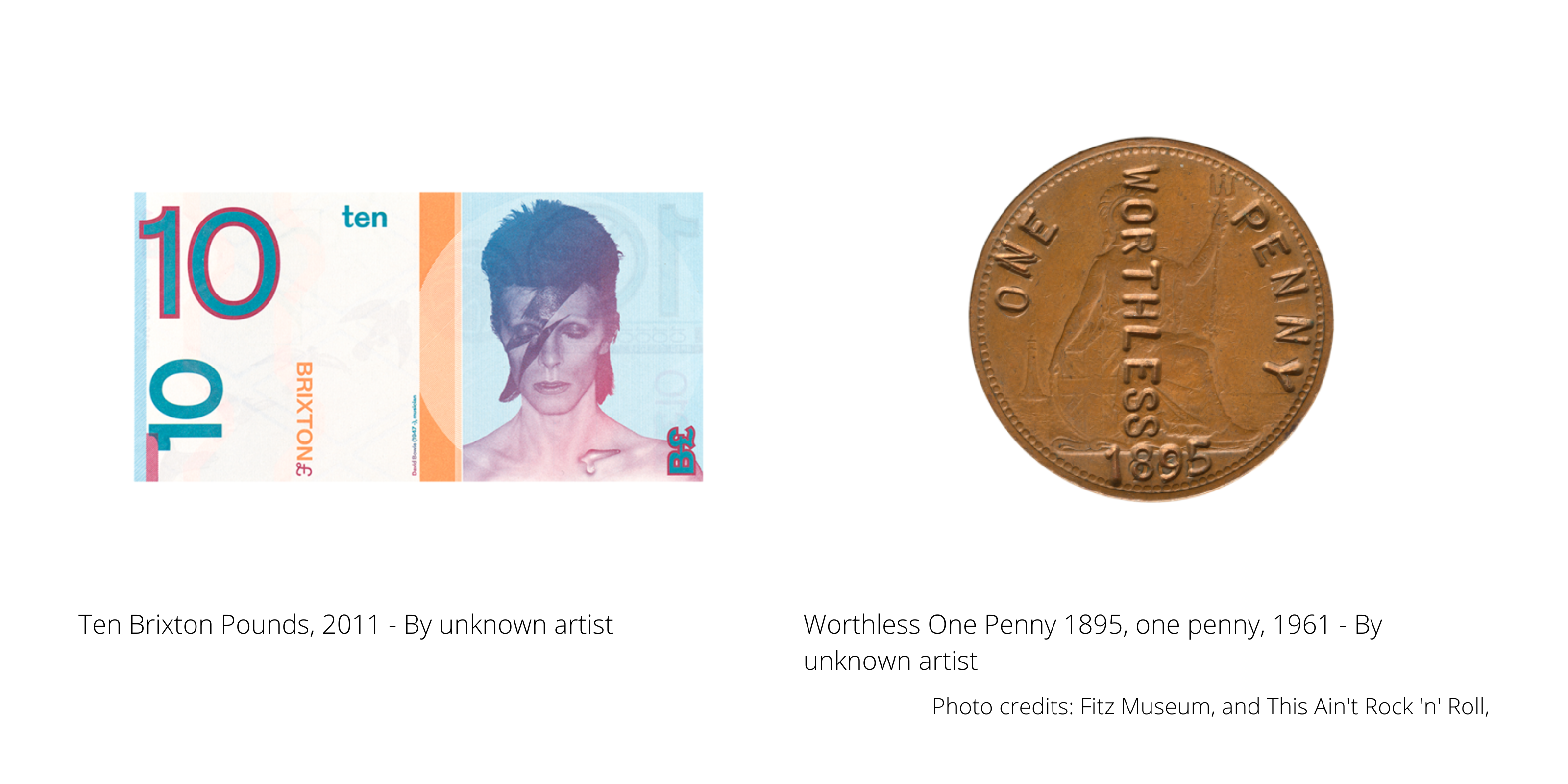 Art News of the Month